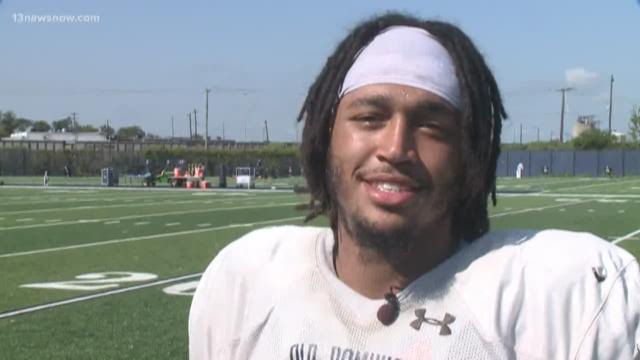 NORFOLK, Va. — Won't this be a little bit strange for Eric Kumah and Chris Cunningham? They were on the losing end of last year's ODU shocking upset of Virginia Tech. This Saturday they head back to Blacksburg as Monarchs. They came to ODU as graduate transfers.

This week, head coach Bobby Wilder named them team captains. Back to the original question. Kumah doesn't think so, "It's not weird for me going back to Blacksburg. I think it's going to be really fun. For those that know me, they know I like to spice things up, make things more interesting."

Cunningham added this, "Just coming from the other side, I know how they train. I know how they work. I know the philosophies and the code that they live by and stand by each and every day. My emphasis to the guys this week is come out ready to play. Be on our keys and just know they're going to try and get after us especially after last year."