This weekend on ESPN, Hampton University's, Mo'ne Davis will help with the call for MLB & Little League World Series games. 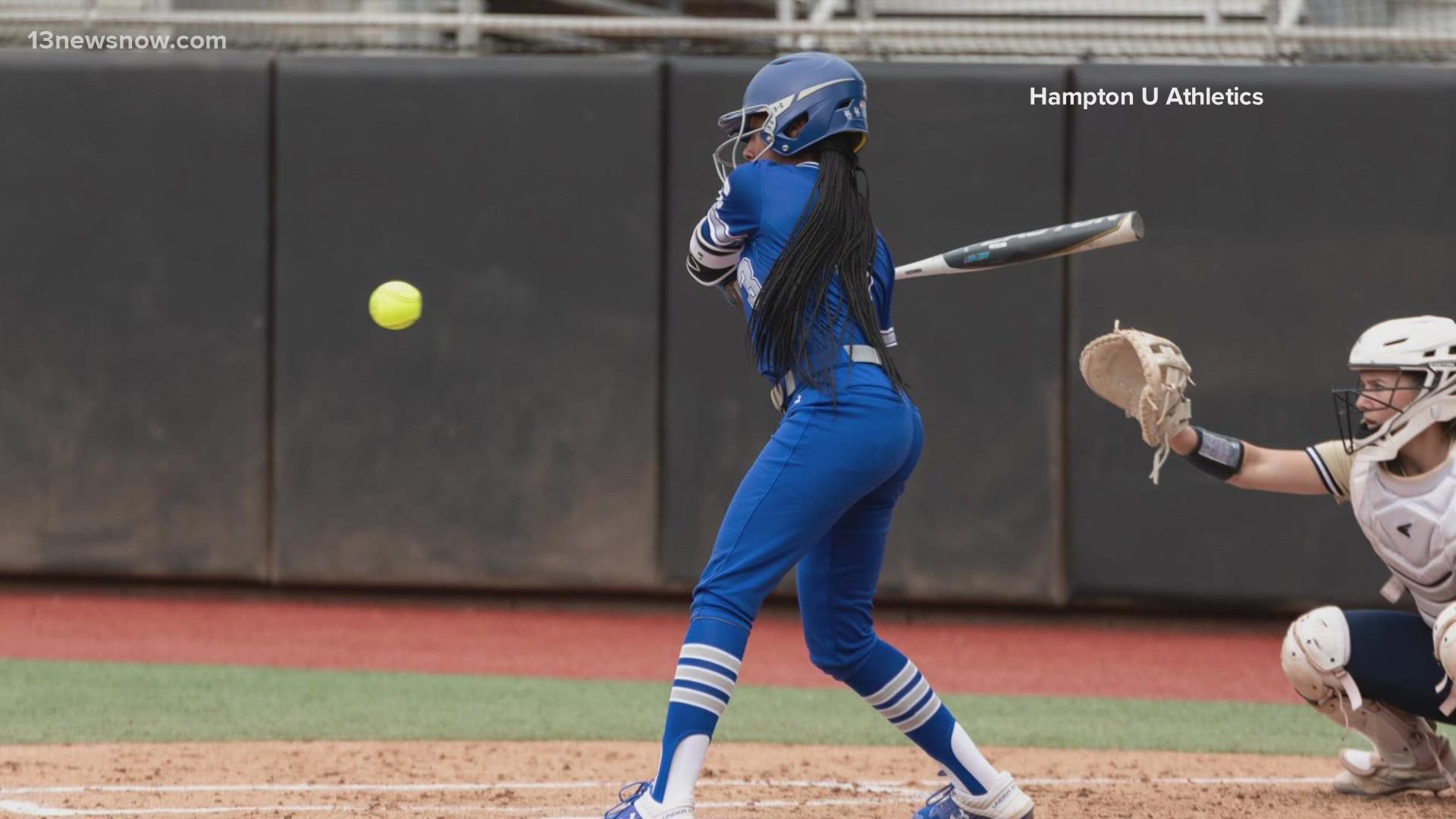 HAMPTON, Va. — Hampton University softball player, Mo'ne Davis has done her version of  "What I did on my summer vacation". The 20 year old, who's a communications major, interned with the D.C. Grays summer college baseball team doing broadcasts for the team.

Davis will have a busier few days ahead. On Sunday, she'll join ESPN and a group of young broadcasters during the first of two KidsCast presentations with the MLB Little League Classic between the Los Angeles Angels and Cleveland Indians on Aug. 22. Then a couple of days later, Davis will make a second return to Williamsport, Pennsylvania for coverage of the Little League World Series.

Back in 2014, Davis and her teammates were the talk of Williamsport and the world when she became the first girl to toss a shutout. "We remember what was going on that day", she said. "Seven years doesn't seem right. It seems so weird to say, but I had a good time".

Her college years have been flying by too while with the Lady Pirates softball team. With two years of eligibility left, Davis is a junior in the classroom. Her love of basketball hasn't gone away and was asked if there was any scenario in which she'd try hoops at the college level. "I really hadn't thought about it", she said. "I don't know...maybe. You know those extra eligibility years, it's a possibility. As for now, I just want to stick with softball and have all my focus and attention to softball and making sure I'm giving it 100% for my teammates."