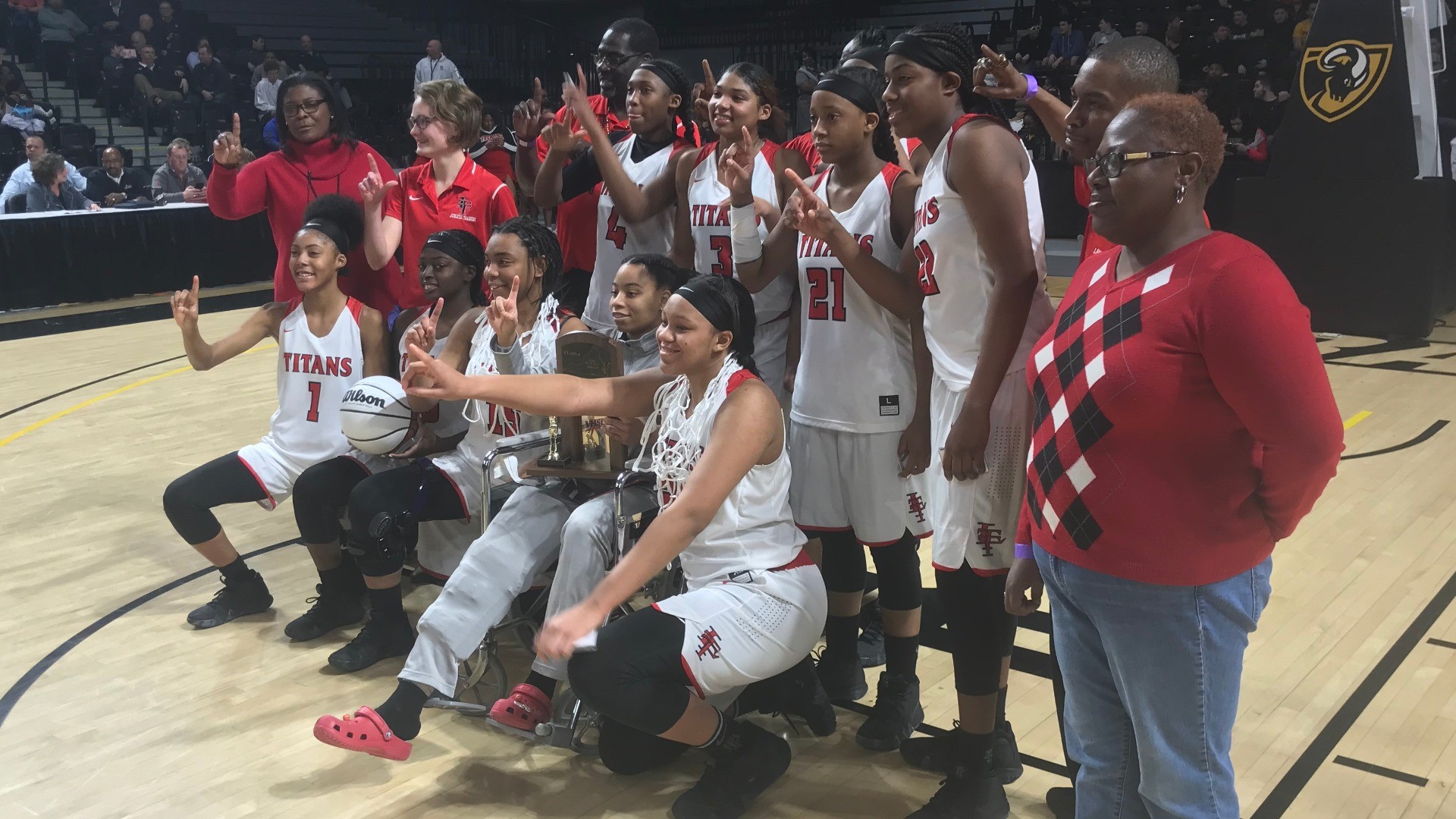 RICHMOND, Va. — Lake Taylor has established a championship tradition in girls basketball. You can add a 4th state title to the list. The Titans beat Pulaski County 61-29 in the Class 4 Girls final.