The Titans host Salem from the Roanoke area in the Class 4 state championship game on Saturday. 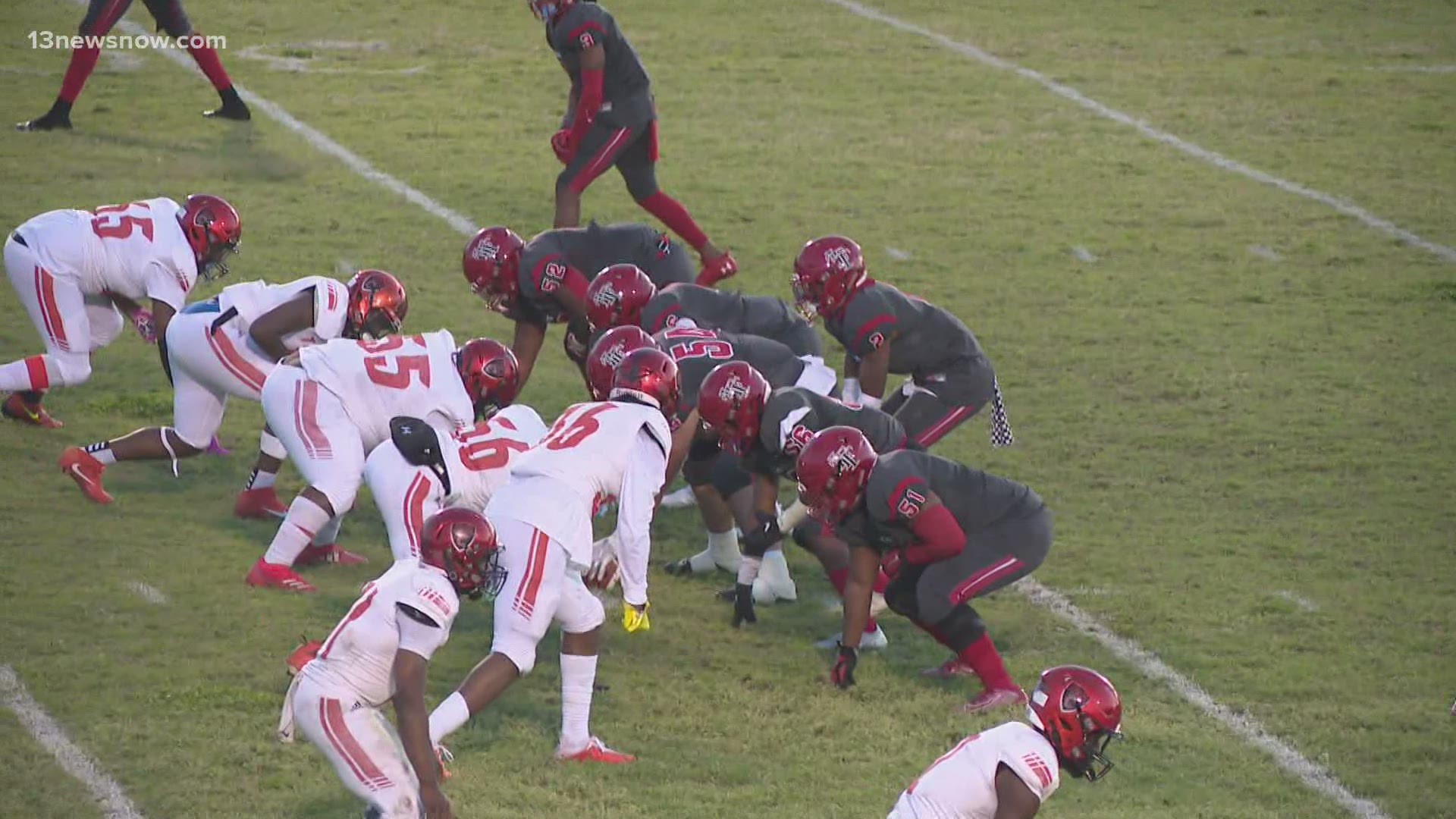 NORFOLK, Va. — Here we go again. Lake Taylor High is back in the football state championship game for the third straight season. The Titans are hosting Salem out of the Roanoke area on Saturday at 3 p.m.

The Titans are the defending state champs which according to quarterback Jeff Foster adds a little extra motivation, "It's a big task. It makes me want to do it even more knowing that nobody has ever 'two-peated' before here and we'll be the first ones to do it."

There is something to be said for winning traditions. Salem has won 9 state titles and Lake Taylor has a storied history as well. They play with pride each week. Wide receiver and safety Pierre Royster says, "We just got to keep it up. Coach Sawyer has been winning for so long so it's like all we know is winning he instilled in us."

Hank Sawyer has been the head coach for all three of Lake Taylor's championships over the last decade. He's had his share of great teams and this one fits the mold because, as Sawyer explains they have, "The camaraderie, the willingness to work to overcome."

Coach Sawyer knows what it takes to go all the way and he says this year's team has all the ingredients, "What you've got to depend on is each other, coaches, players one heartbeat."