Brenden "Butterbean" Queen won the Late Model championship by being consistent. The team is ready to do more winning this season. 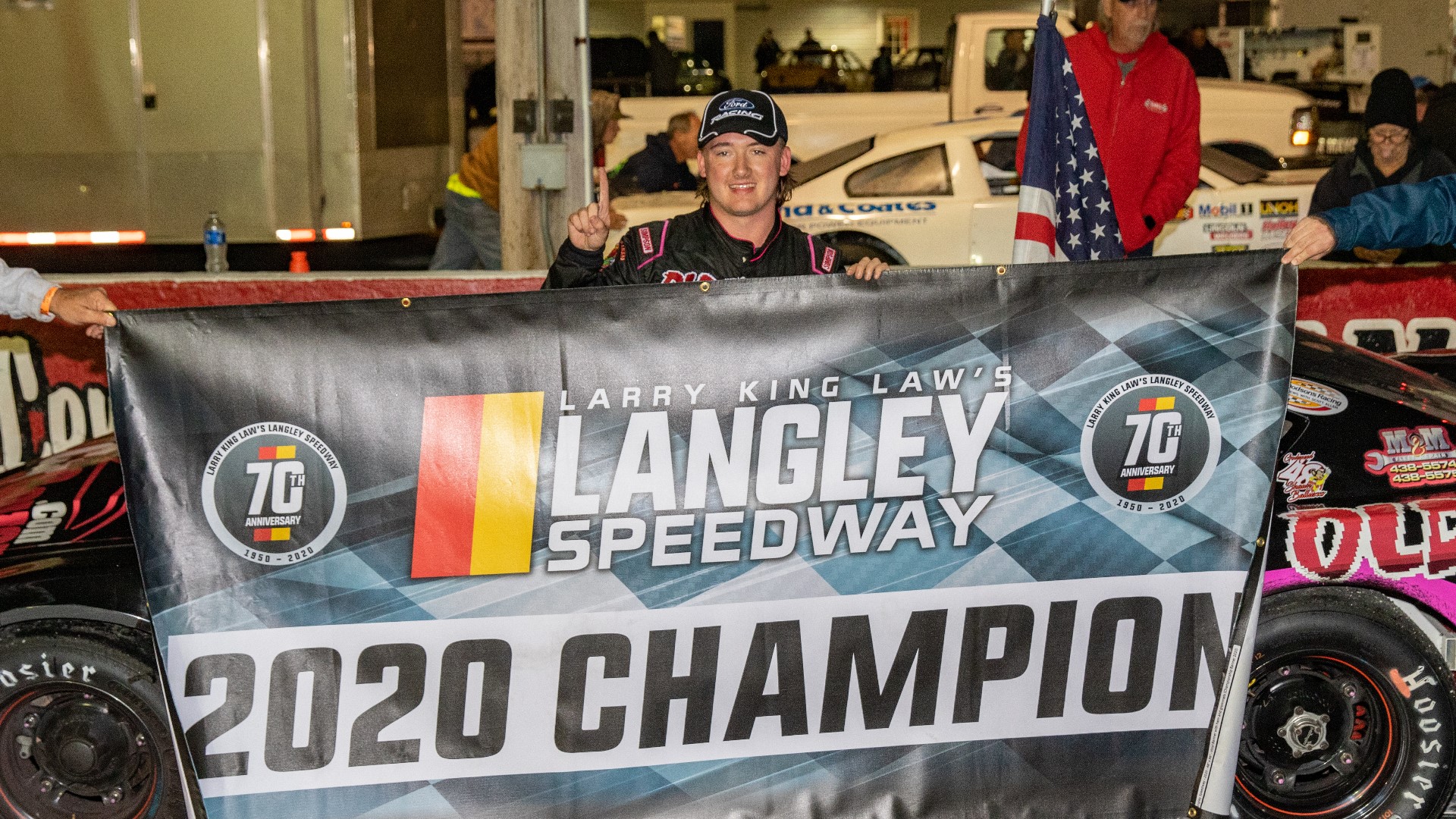 "Butterbean" is from Chesapeake and it's probably fair to say he was a surprise 2020 champion in the Late Model division at Langley.

What a year he had! "Butterbean" also won the Hampton Heat, the biggest race on the calendar. When asked to describe that season he says, "Hard to follow up. To win the Hampton Heat and to also win the track championship, that's knocking two things off the bucket list that sometimes takes years to get one of them."

Queen claimed that title by being consistent. He was seemingly in the top three every week. He did not win a points race (the Hampton Heat is not a points race) all year. Queen feels his team is ready to find victory lane in 2021, "I feel like we're a real threat to win races now and we're finally getting our program where we need to be. And that's just a credit of Phil Warren calling the shots on the pit box and Rayvon Clark engines under the hood."

Warren has more Late Model championships under his belt than anyone. He has seven of them. Greg And Danny Edwards are both closing in with six apiece. "Butterbean" says it started as a joke before last season that he told Warren they were going to have to win the championship to keep the Edwards brothers from tying Warren's record. It turned out to be no joke. And now here we are in 2021 and "Butterbean" says, "I had enough time over the off-season to reflect on it and I thought 'Dang I gotta do it again or they're going to tie it again Phil.' So, I guess we're going to try and run it back and defend it."