Larry and Miller among 8 new members enshrined in the Va. Sports Hall Of Fame

The 2019 class of the Virginia Sports Hall Of Fame was honored in Town Center on Saturday night. 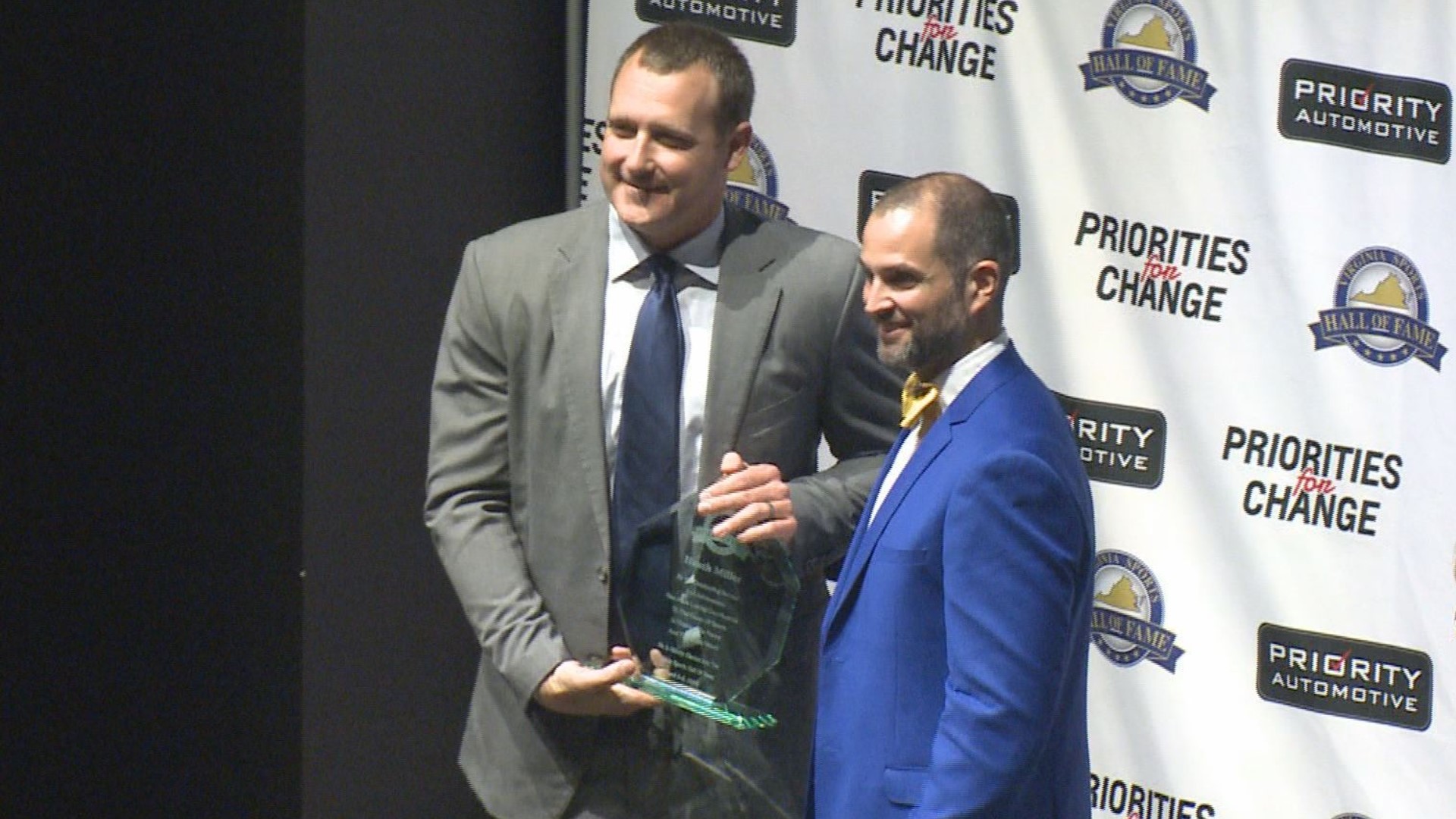 VIRGINIA BEACH, Va. — Another incredible class being inducted into the Virginia Sports Hall Of Fame on Saturday night from Town Center. 8 new members enshrined included former Old Dominion coaching great, Wendy Larry. She led the Lady Monarchs to 20 NCAA Tournament appearances. It included a 1997 Final Four and national title game appearance. Larry has 559 career wins in 25 years at Old Dominion and 608 overall in 28 seasons. "To be able to go into this presitgious hall with some of my professional colleagues in Debbie White and Tom Yeager and then those that have gone in before us is just fantastic. It's just kinda surreal that we're here", she said.

While at the University of Virginia, Heath Miller was named to the 2004 All-American team as a tight end for the Cavaliers and became a 2005 1st round NFL draft pick of the Pittsburgh Steelers. He played a key role in 2 Super Bowl titles while in Pittsburgh.