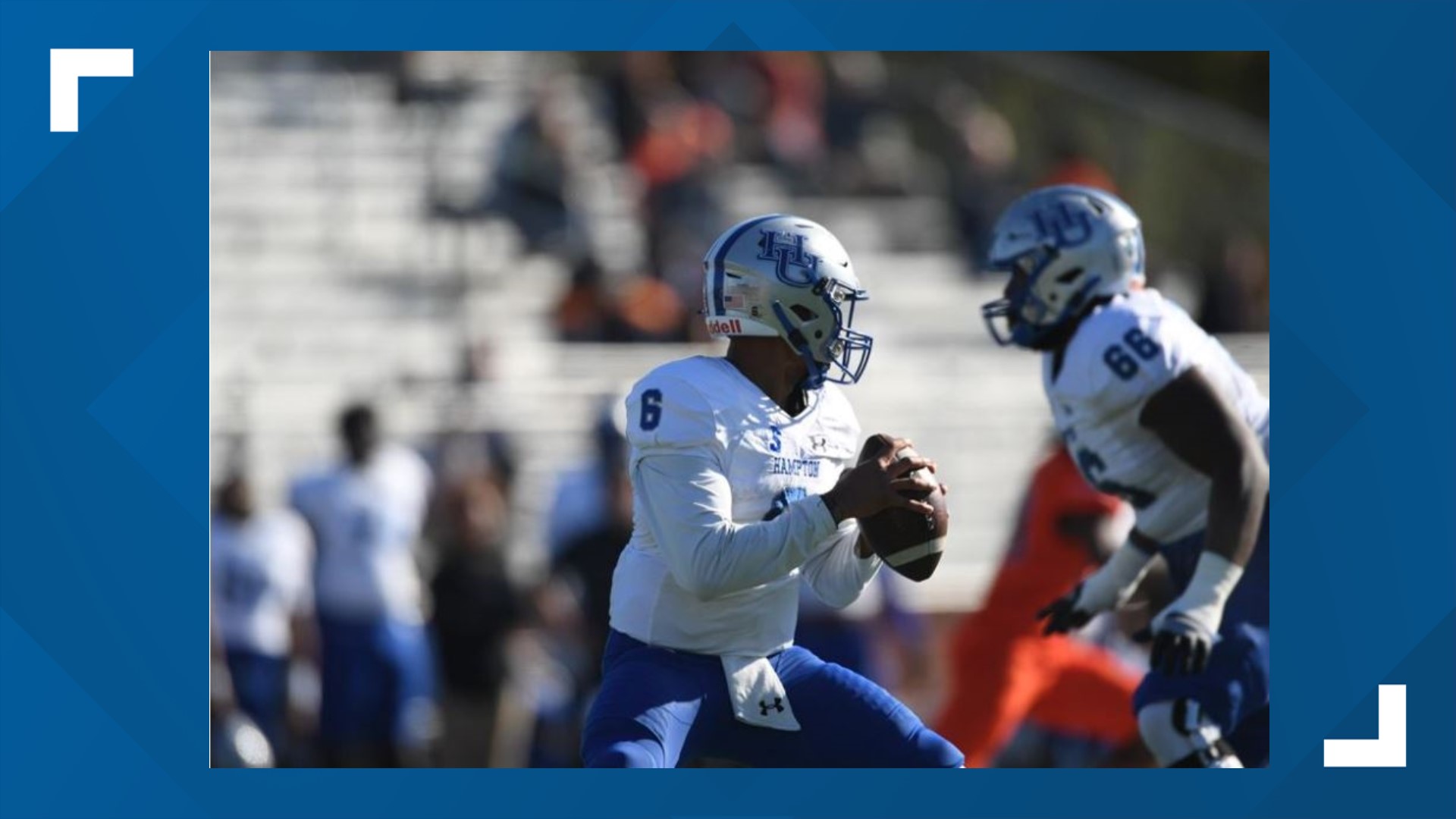 HAMPTON, Va. — The Pirate football team lost a close matchup to North Alabama on senior day at Armstrong Stadium by a score of 35-27.

North Alabama scored on their first possession when Jaylen Gibson punched it in on a run from the three. The Pirates would fire back with a score of their own on Jett Duffey's four yard run to pay-dirt to tie the score at 7-7. North Alabama would follow suit with another touchdown run from Gibson from the four yard line to give the Lions the advantage again at 14-7 with 6:57 left in the first quarter.

The second quarter would see the Lions score again on a five yard pass from Blake Dever to Corson Swan to expand the lead to 14 at 21-7. The Pirates answered when they capped off a 12-play, 73-yard drive by scoring on a one yard run from Keyondre White to make the score 21-14 Lions. With 3:48 remaining in the half the Lions would score again on a two yard run from Parke Driggers making the score 28-14.

In the fourth the Pirates would start the second half scoring when Duffey ran it in from six yards out to make it a 28-21 game. Five minutes later the Lions responded with a score of their own when Driggers scored his second touchdown of the day on a two yard run making it a 35-21 game. Hampton made it exciting with a touchdown run from Tymer Washington with just over a minute left in the game. After the score the Pirates tried an on-side kick that was recovered by North Alabama ending Hampton's bid for a comeback.