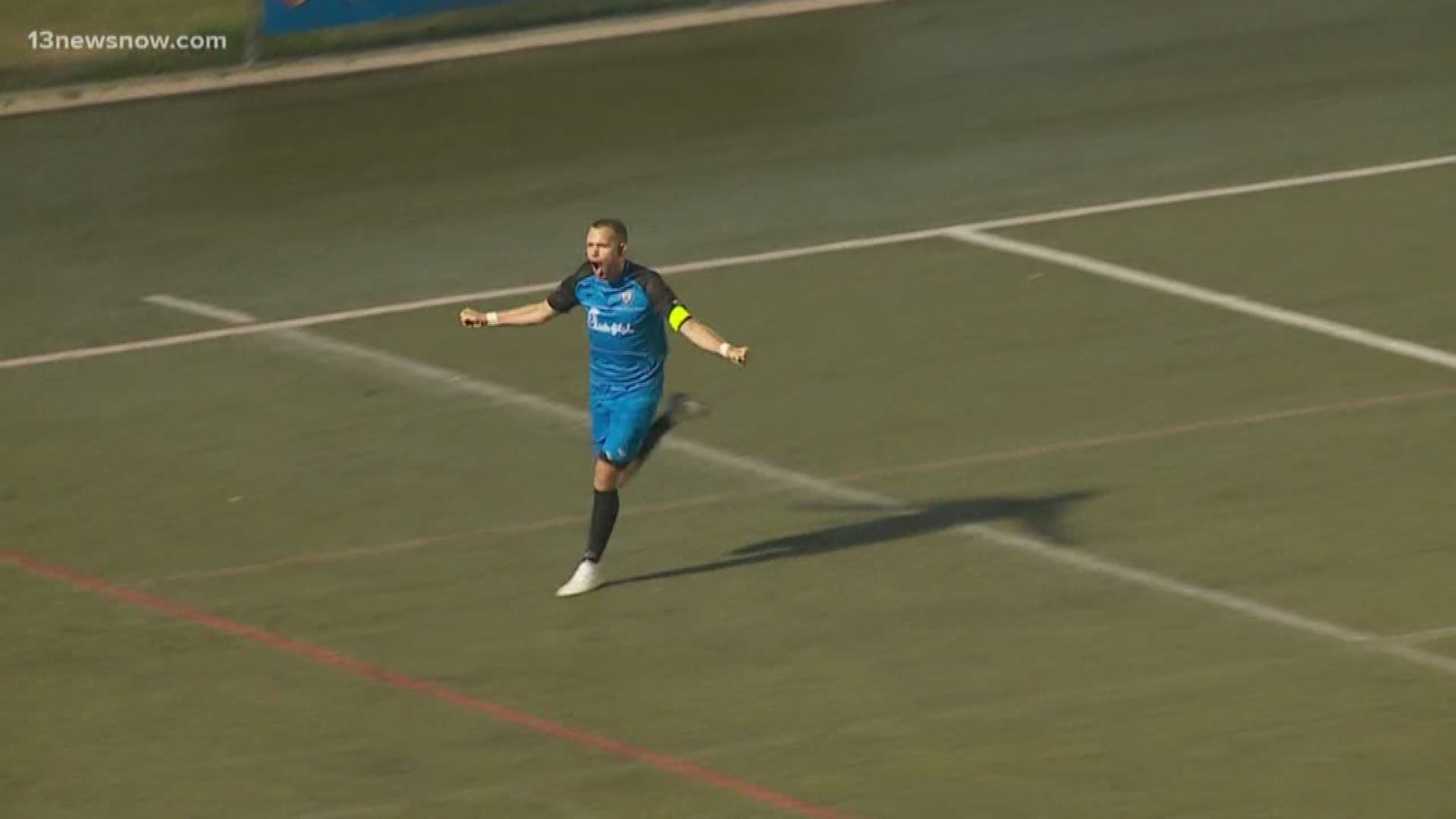 Lionsbridge represents the peninsula and are in their second year of existence. Thibaut Jacquel scored the first goal of the night for them. Ivan Militar, an ODU alum, connected on a penalty kick for the only other goal of the night.

VB United is in their inaugural season and had a chance on a penalty kick of their own. Lionsbridge FC goalkeeper Richard Dearle, stuffed United's Roland Aguilera to keep his shutout in tact.