With the Tokyo Games postponed until 2021, four area swimmers have been delayed at trying to qualify for the U.S. team. 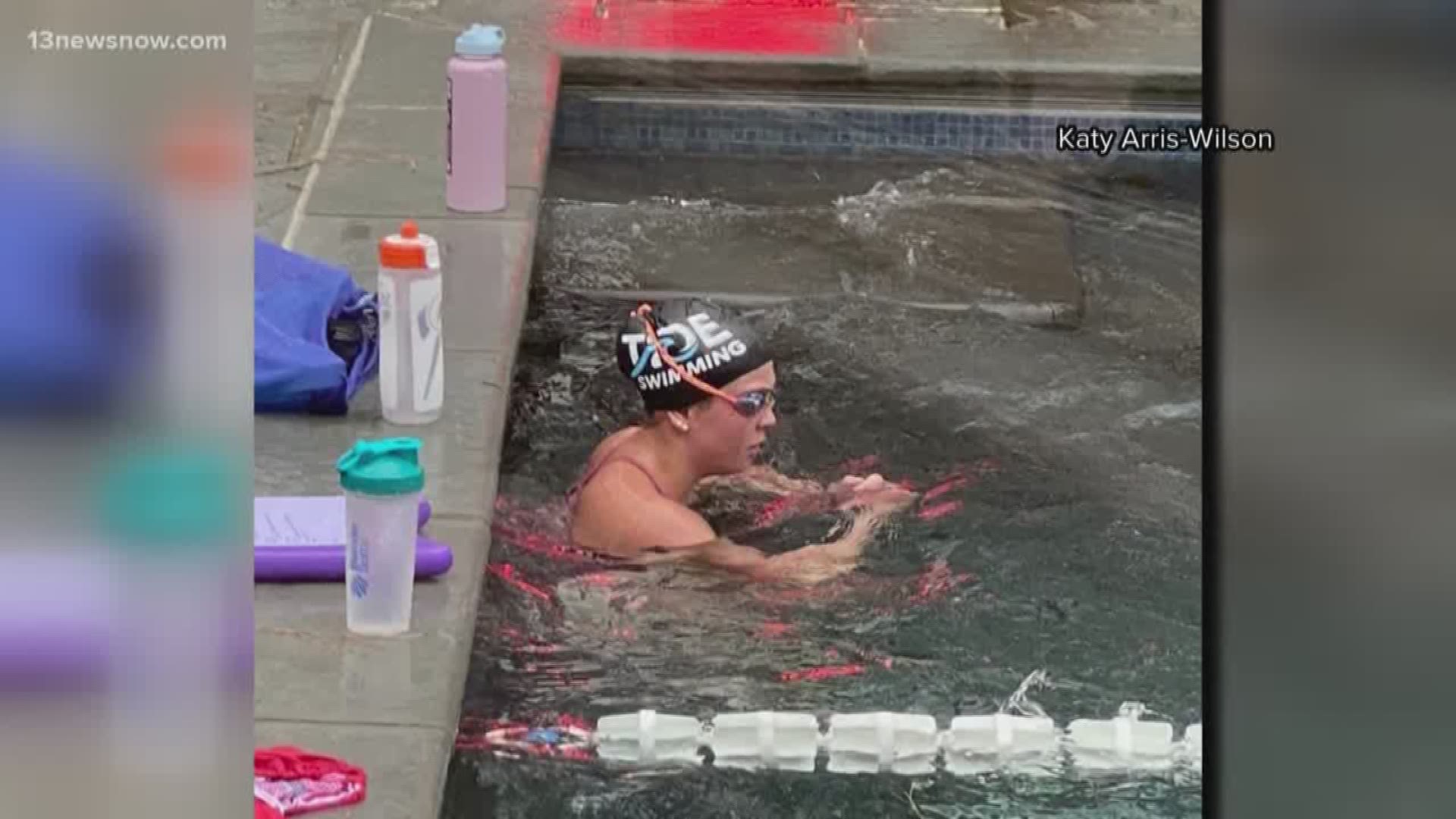 VIRGINIA BEACH, Va. — There was certainly a ripple effect when Japan Prime Minister, Shinzo Abe and International Olympic Committee President, Thomas Bach agreed to postpone the Summer Games until 2021 on Tuesday. It was felt all the way to Hampton Roads. Four local swimmers who are teammates with the TIDE Swimming Club in Virginia Beach were going to the U.S. Olympic qualifier in June. Instead they have to play the waiting game due to the outbreak of the coronavirus that's taken hold all over the world.

Samantha Tadder and Elle Caldow (First Colonial), Lauren Barakey (Ocean Lakes) and Kayla Wilson (Norfolk Academy) were looking forward to the experience. In Wilson's case, she has dual citizenship with the United States and Canada giving her two chances at making it. She's disappointed but understands. "I was definitely a little bummed", she said by phone. "We've been anticipating it for awhile, but I think it was the right call because of the whole coronavirus situation."

Her mother, Katy Arris-Wilson, was a 1992 U.S. Olympic swimming qualifier who had eyes on Barcelona, Spain and is impressed by their overall look at things when it concerns the outbreak. "For them that quickly to determine, 'You know I'm not at my peak.' This gives me another 12 plus months to prepare", she said. Her daughter still looks forward to an Olympic experience one day. "Yeah, it's really cool."