Titans taking a relentless pursuit to a state title

Lake Taylor Titans are back in their happy place. They play Tuscarora in Class 4 state final. 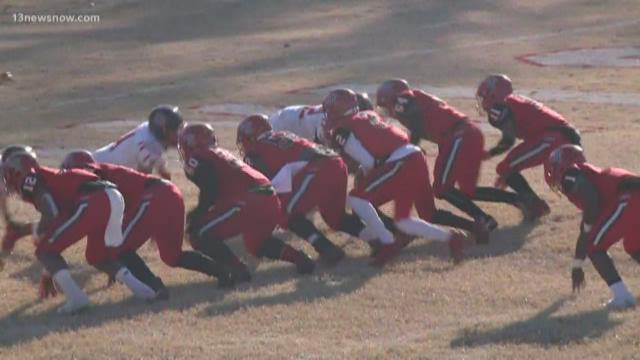 NORFOLK, Va. — Lake Taylor head football coach, Hank Sawyer has a genuine love this particular squad that's headed back to the Class 4 state championship. "They really wanted to get back there", said Sawyer whose Titans will face Tuscarora of Northern Virginia on Saturday from Liberty University in Lynchburg.

The Titans narrowly escaped a 36-35 win in the state semifinals against Patrick Henry-Ashland in what has been a theme for the team this season. Junior quarterback, Jeff Foster says the journey has been tough. "It's very personal", he says. "I want know how that feels to win a state title so I'll be very excited."

Lake Taylor will make its 5th appearance in the state finals and eyeing a third championship in the last seven years.