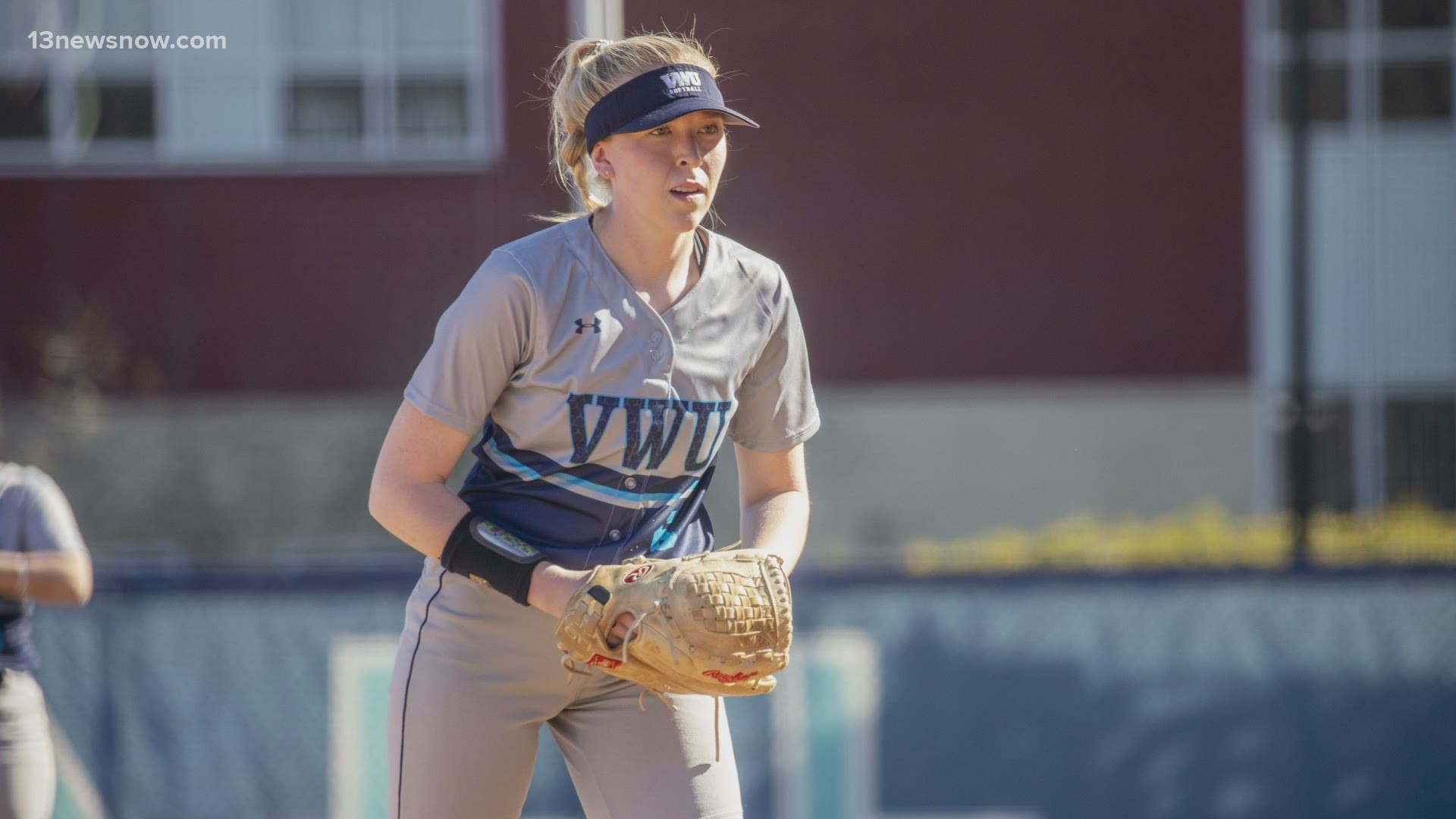 VIRGINIA BEACH, Va. — Hanna Hull had no idea until her father filled her in recently. He knew history was about to made as his daughter closed in on the Division III record for pitching wins.

Hull has been a sensation for Virginia Wesleyan. She currently stands tied for that record with 124 wins as the Marlins get ready to start their conference tournament this Friday.

Hull was the national player of the year in 2017 and 2018 and led the nation in wins her first three seasons. This year she had struggled with her control, but still holds down a 1.25 ERA. With all that, she tries to put the record keep perspective, "This has definitely been kind of an eye opener for me to look back and reflect on everything over the past five years and realize that there has been a lot that I have accomplished and I just think that right now I'm getting down on myself a lot and not realizing that there are some really cool things that go by, all the disappointment, the hard work and the dedication."

It's apparent she sets a pretty high standard for herself, "Just a little bit, yeah. I think that there's a lot of pressure that comes with playing on such an elite team. We all feel that pressure and we feel that eyes are on us a lot."

VWU softball head coach Brandon Elliott chimes in about this season and what it has meant, "She's had some phenomenal games where's she's the Hanna Hull of Hanna Hull and she's had some games where she's had to figure it out and battle through. I think it's made her a better person and a better teammate."

Funny how things work out. After shouldering the load for her teammates for such a long time, this season, the tables are turned. Hull says,  "I really had to rely on my teammates to kind of pick me up and my coaches. And so, I definitely think that it's definitely a team effort."