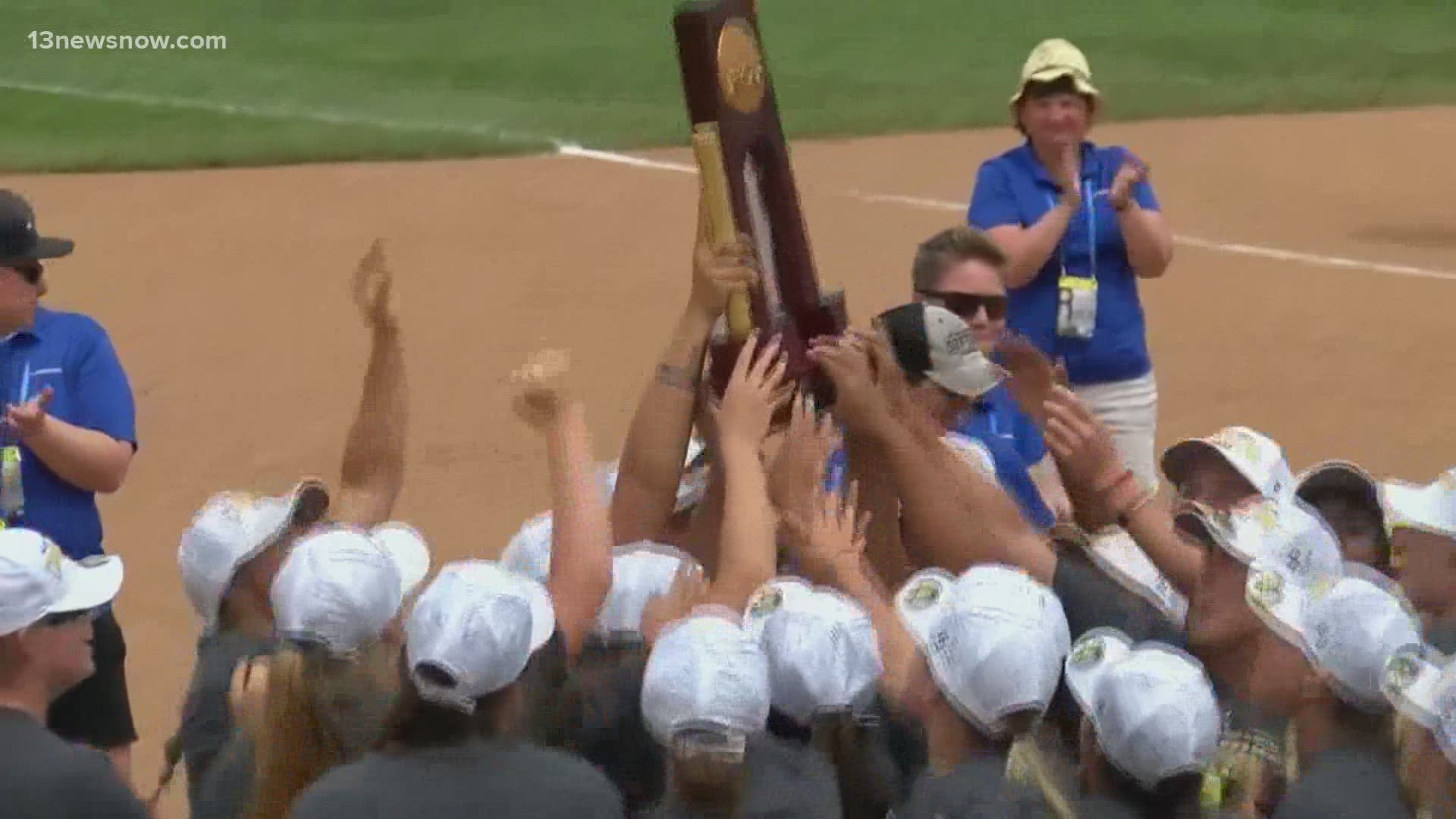 SALEM, Va. — Hail to the champs! Virginia Wesleyan softball has done it again. The Marlins beat Texas Lutheran 9-1 in the Division III championship final to claim their third title in four seasons.

VWU got things started early in that final game. Jessica Goldyn led off the bottom half of the first inning and launched a homer. The Marlins would add a run off a Bulldogs error to make it 2-0 after one inning.

In the third, Katelyn Biando singled in a pair and Julie Fassl had a hit to plate another run and it was 5-0.

Danielle Stewart blasted a homer in the fourth inning to stretch it to 8-0 and make the mercy rule a possibility.

Virginia Wesleyan took advantage of that when Ariana Rolle would get a base hit sending home Krissy D'Arco with the championship run in the fifth inning.

Hanna Hull the all-time winningest pitcher in Division III added one last "W" to her total. She was named the outstanding pitcher of the tournament. Hull is a perfect (5-0) in her three different championship series.

The Marlins are an experienced team with 12 seniors on the roster.