The Commodores are headed to the State Championship despite rare offensive struggles. 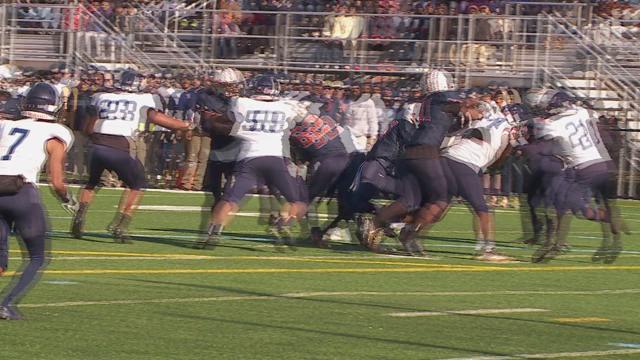 NORFOLK, Va. — The Maury Commodores rode one of the more explosive offenses in recent memory all the way to a state semifinal clash with Varina High School.

In that clash they only mustered 17 points. Working with just that information, you'd be forgiven for assuming the worst. The Commodores defense and special teams would like word.

Maury leaned on their two less heralded units to secure a spot in next week's state championship game.

The final margin was just 3, the same amount as Luca Weber's first half field goal. The Commodores also recovered a muffed kick off, and managed to keep the Blue Devils off the scoreboard until the first play of the fourth quarter.

The offense made timely, if not explosive, plays to help secure the victory, with Keandre Lambert and CJ Beasley each rushing for a touchdown.

The game was fittingly sealed by a David Haley interception. The 17-14 win leaves the Commodores just one victory shy of a state title.