Bronco Mendenhall updates us on U.V.A. football present and future

The UVA head coach says a return to college football is possible but incredibly challenging. 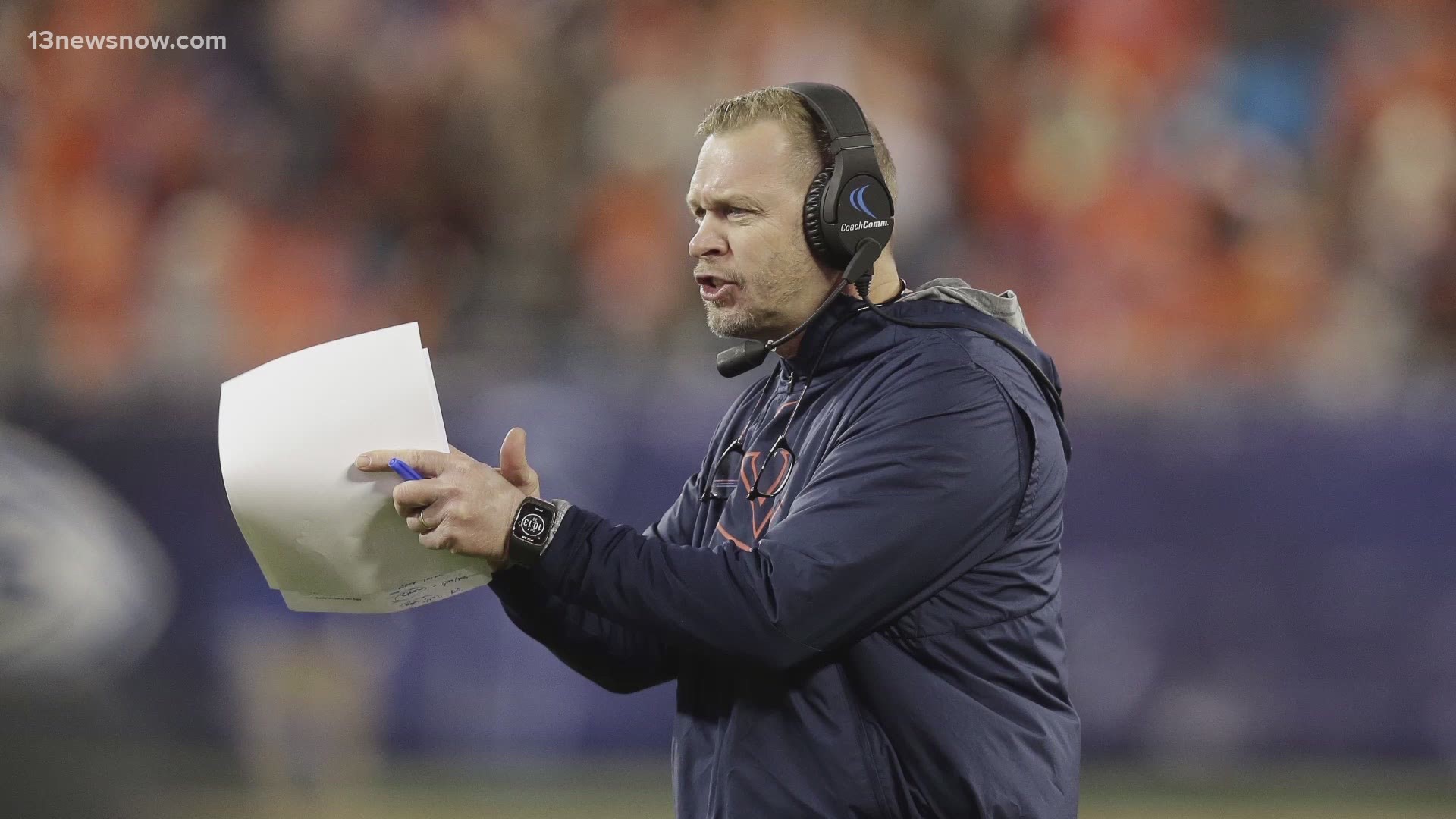 Players came back on campus 10 days ago and started voluntary workouts that are conditioning only. Mandatory workouts started today.

About the players returning coach Mendenhall says, "They're so happy to be back. They have just a great attitude. They're resilient. They're optimistic. They're kind of defiant and think they can do anything within the rules and protocol."

Regular practice is scheduled to start August 9. As Mendenhall suggests, it's easier to ramp up then you could always back off later, "It might be like a special forces unit or a unit preparing and training and ready to get the green light to be called in the mission, but you're never sure if the green light is actually going to happen."

In meantime, for several weeks this summer the team has had discussions about racial and social injustice. Mendenhall says the process goes in this order: education, contemplation, dialogue and action. And this is what he sees as his role, "That's part of my job to help others frame what they believe, why they believe it, speak it through and listen and wrestle with it. And then, if they believe it appropriate, act."