London coached UVA for 6 years. He takes his new team back to Charlottesville this Friday night. 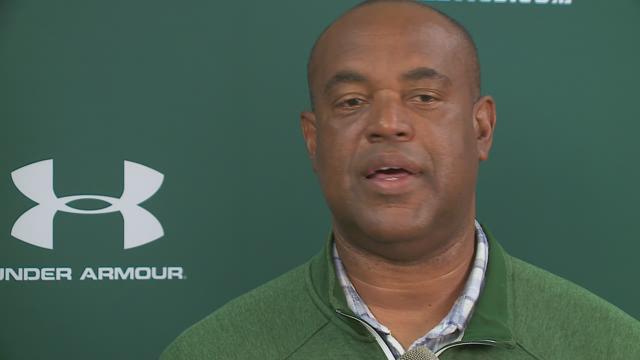 WILLIAMSBURG, Va. — College football is a game of connections. Mike London has a strong pull towards Charlottesville. He coached UVA for six years. This Friday night, he takes his new team back to "Hooville" to take on the Cavaliers.

London won his first game as head coach at William and Mary. The Tribe beat Lafayette 30-17 in their season opener.

About going back to Charlottesville, London had this to say, "There's people up there that I know and love and cherish that were instrumental in a lot of things. There were some good times up there. There were some tough times, but in this profession, that's what happens."

Offensive lineman Mark Williamson joined London at Tuesday's media get together in advance of the game.