MLB delays start of minor league schedule to May

Major League Baseball announced the Triple-A season will be pushed back a month, meaning the Norfolk Tides won't play ball until May. 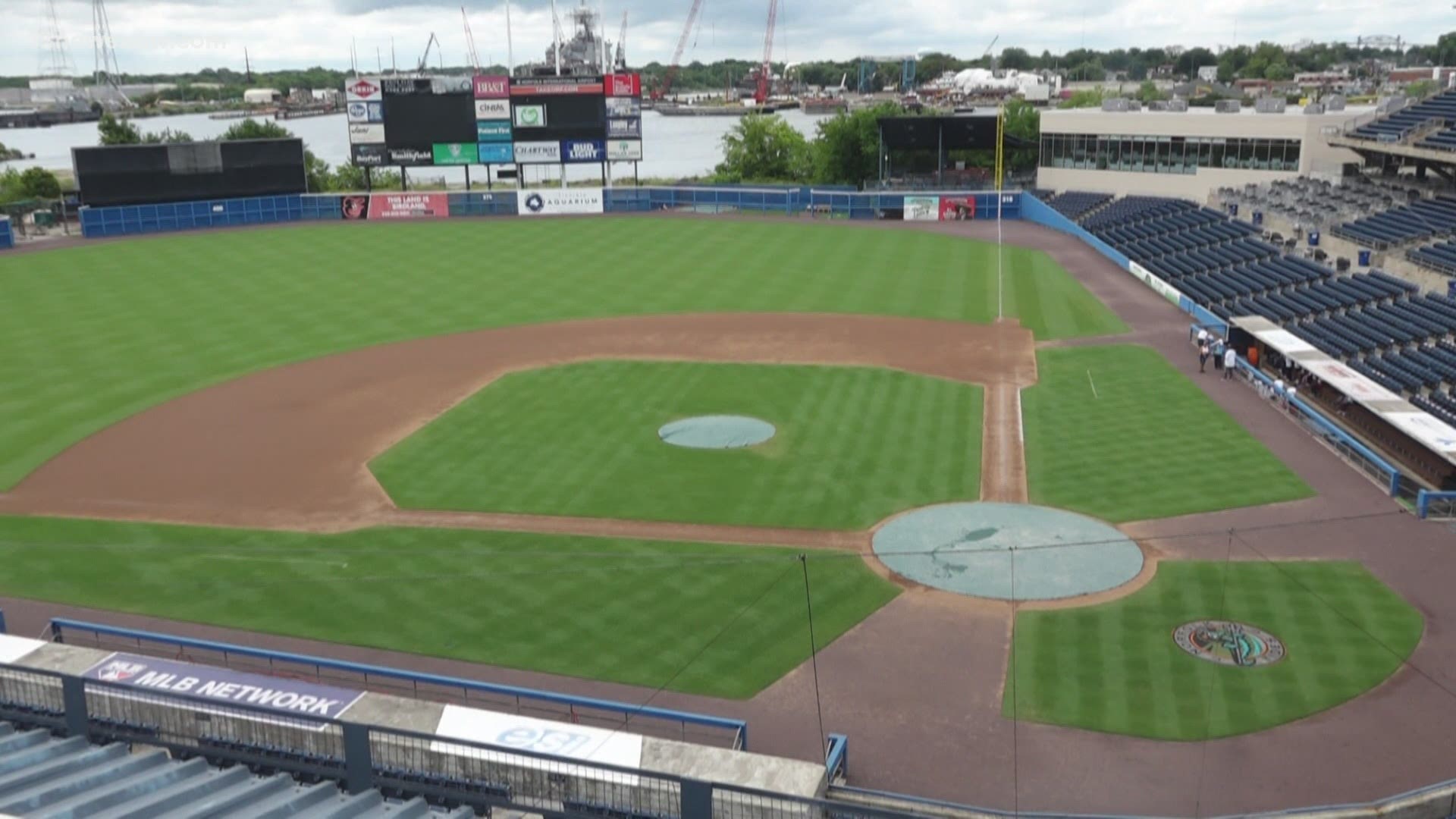 NORFOLK, Va. — The Norfolk Tides will have to wait a little while longer for Opening Day.

The Norfolk Tides were originally planning their home opener for April 13. Now their season will begin May 4 at Jacksonville. The team has not yet said when its new home opening date will be.

The Tides were notified of the change Tuesday after a decision by Major League Baseball Commissioner Rob Manfred in the interest of health and safety.

"This is a prudent step to complete the Major League and Minor League seasons as safely as possible, and we look forward to having fans back in ballparks across the country very soon," Morgan Sword, MLB's executive VP of baseball operations, said in a statement.

In a tweet, the Tides said the April games will not be rescheduled.

UPDATE: MLB has decided to delay the start of the 2021 Triple-A season. The Tides season will now tentatively begin on Tuesday, May 4 at Jacksonville. Games that were scheduled in April will not be rescheduled. pic.twitter.com/C7EqA24Qdc

The delay also increases the chance that players will be able to get vaccinated for COVID-19 before the start of the season. President Joe Biden announced Tuesday that his administration believes there will be enough vaccine available for every adult in the U.S. by the end of May.

WTHR contributed to this report.