Quarterback D.J. Mack Jr. rushed for a pair of second-half touchdowns and connected with Zack Kuntz from 19 yards out with 19 seconds remaining in the game. 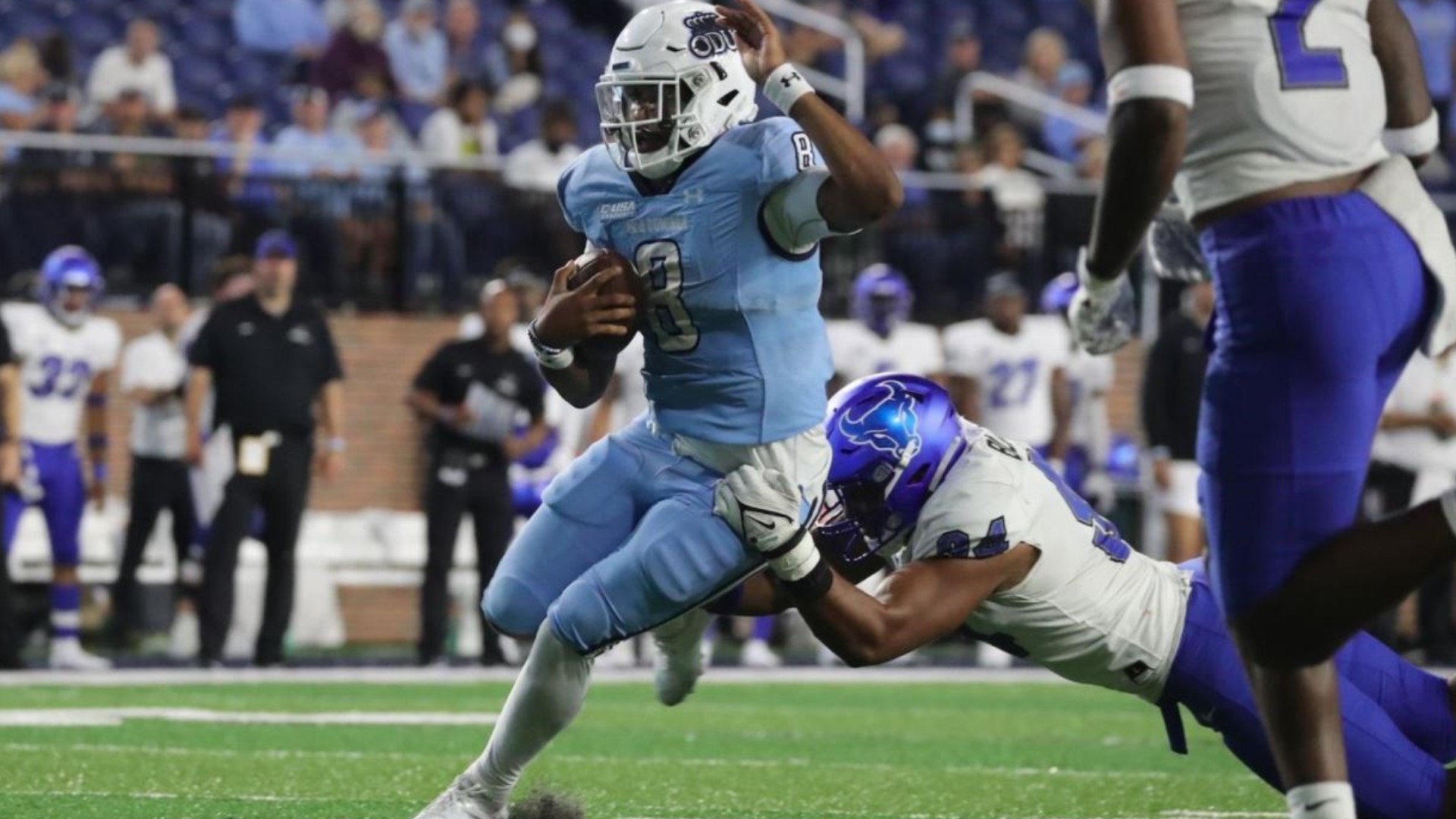 NORFOLK, Va. — Facing a 35-7 halftime deficit, the Old Dominion football team outscored visiting Buffalo 27-0 in the second half but fell just short in a 35-34 loss on Saturday night. D.J. Mack Jr. rushed for a pair of second-half touchdowns and connected with Zack Kuntz from 19 yards out with 19 seconds remaining in the game.

Mack provided a spark in the third quarter with a 42-yard touchdown run to cap an eight-play, 50-yard scoring drive for the Monarchs (1-3). ODU's defense quickly forced a punt by the Bulls (2-2), and the offense responded with an 85-yard scoring drive. With just 34 seconds remaining in the third, Mack punched it in from two yards out to halve ODU's deficit and make it a 35-21 game heading into the final quarter.

Defensively, the Monarchs limited Buffalo to 20 yards of total offense in the fourth quarter. After punting on its first possession of the fourth, Old Dominion marched 63 yards in only five plays and 1:48 seconds. Jon-Luke Peaker scored on the ground from seven yards out to make it a one-score game. The defense forced another stop and gave the ball back to the Monarchs with 6:25 left to play. ODU drove all the way to the Buffalo 3-yard line before fumbling the ball. The Bulls managed only six yards on their next drive and punted from deep in their own territory. That stop gave Old Dominion's offense just over three minutes to cover 46 yards. ODU did so over 10 plays with a 19-yard pass from Mack to Kuntz capping the drive. However, the Monarchs were assessed a dead ball penalty following the touchdown and missed the longer extra point attempt.

ODU blocked two punts in the first quarter, one from Steven Williams and other from Deeve Harris. That marks the first time the Monarchs blocked multiple punts in one game since a Nov. 16, 2013 game against Campbell. Blake Watson scored his first touchdown of the season in the first quarter.