Monarchs fall short on the road at ECU 37-35 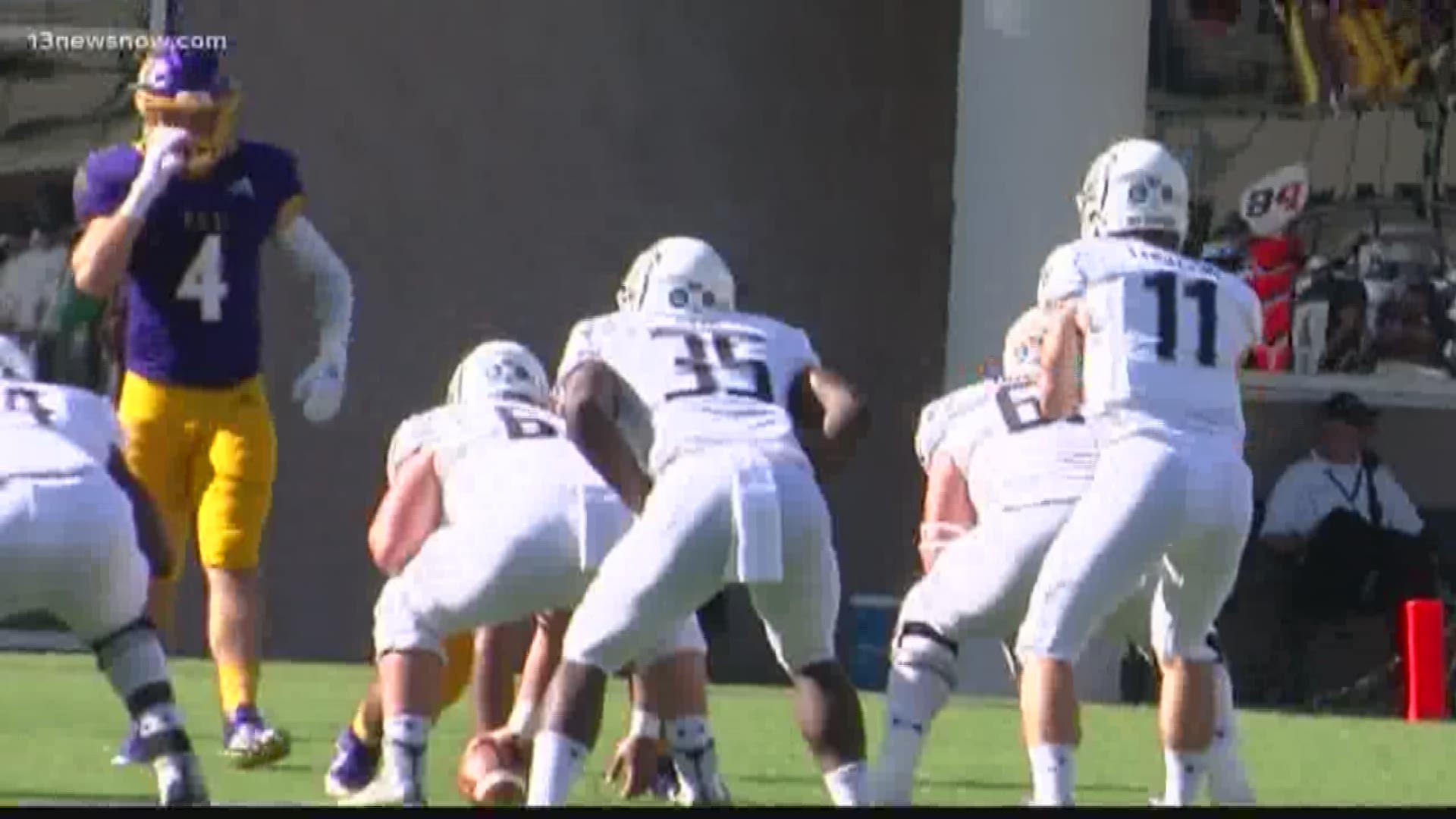 GREENVILLE, N.C. - Jake Verity kicked a 38-yard field goal with 46 seconds left to give East Carolina a 37-35 win over Old Dominion Saturday evening in Greenville. The Pirates had first down on the ODU 24 when Justice Davila looked like he sealed the game for the Monarchs with an interception, but the play was ruled incomplete. Three plays later Verity kicked the game-winner. Blake LaRussa was sacked on the final two plays of the game by ECU to end the game.

The Monarchs took their first lead of the game with 9:18 left in the fourth quarter on a 49-yard touchdown pass from LaRussa to Isaiah Harper, and LaRussa hit Keion White on the two-point attempt for a 35-28 lead. Tahj Deans scored on a four-yard touchdown for ECU but Oshane Ximines blocked the extra point to preserve an ODU 35-34 lead.

The Pirates got the ball back with 2:02 left and Reid Herring converted a fourth and 10 for 16-yards to Deans, and then ECU got another first down on a pass interference penalty before Davila's near game-ending interception. East Carolina got on the board first as Anthony Scott ran in from four-yards out to cap a 13 play, 75-yard drive for the 7-0 Pirates lead.

With the Pirates driving, Sean Carter intercepted Reid Herring’s pass and returned it 75-yards to the ECU five. Three plays later Jeremy Cox pushed in from a yard out to tie the score at 14. ECU retook the lead with a 12-yard touchdown pass from Herring to Deondre Farrier for a 21-14 advantage early in the second quarter. Nick Rice cut the ECU lead to four with a 23-yard field goal with four minutes left in the first half. Following an ECU three and out, ODU drove 47-yards in two minutes for a 28-yard field goal by Rice to cut the halftime lead to 21-20.