Monarchs looked improved in the eyes of Rahne 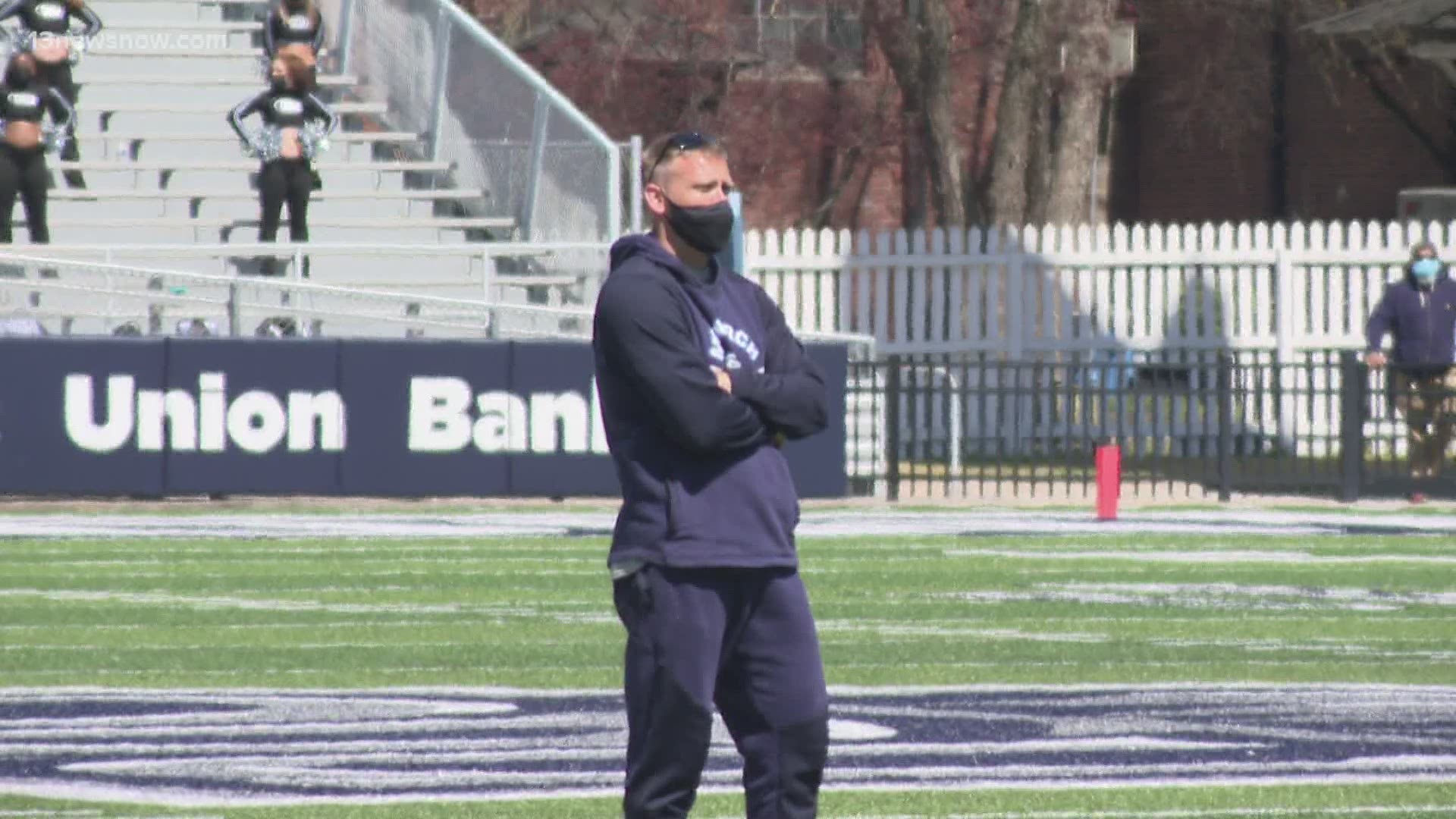 NORFOLK, Va. — Old Dominion University's final spring practice for football had the feel of normalcy given the Monarchs hadn't played an official game for the better part of a year and a half. Head Coach, Ricky Rahne was positive about his team's assessment. "I was pleased. I thought we did some good things", he said after the team's scrimmage. There was also an added bonus as the team unveiled its new Columbia blue uniforms that will be worn a couple of times during the 2021 season.

He enters his 2nd year with the Monarchs since leaving Penn State as their offensive coordinator. Rahne feels he has a genuine feel for his team compared to a year ago at this time when the Covid-19 pandemic was spreading across the globe. He said he was operating as a head football coach at school while he was at his house in Pennsylvania he recalls. "It's significantly different right now. It's just a whole different feel."

Monarchs players like redshirt junior defensive end, Marcus Haynes quickly notice with the presence of a limited number of fans. "There was definitely sharpness out there. I feel like I was ready to be in front of people. We haven't played in front of everybody in a year and a half or two years, so it's just seeing people and it makes you want to go a little bit harder". Their head coach certainly noticed.