ODU feels they are better than the results they've put forth, travel to face opponent in similar circumstance 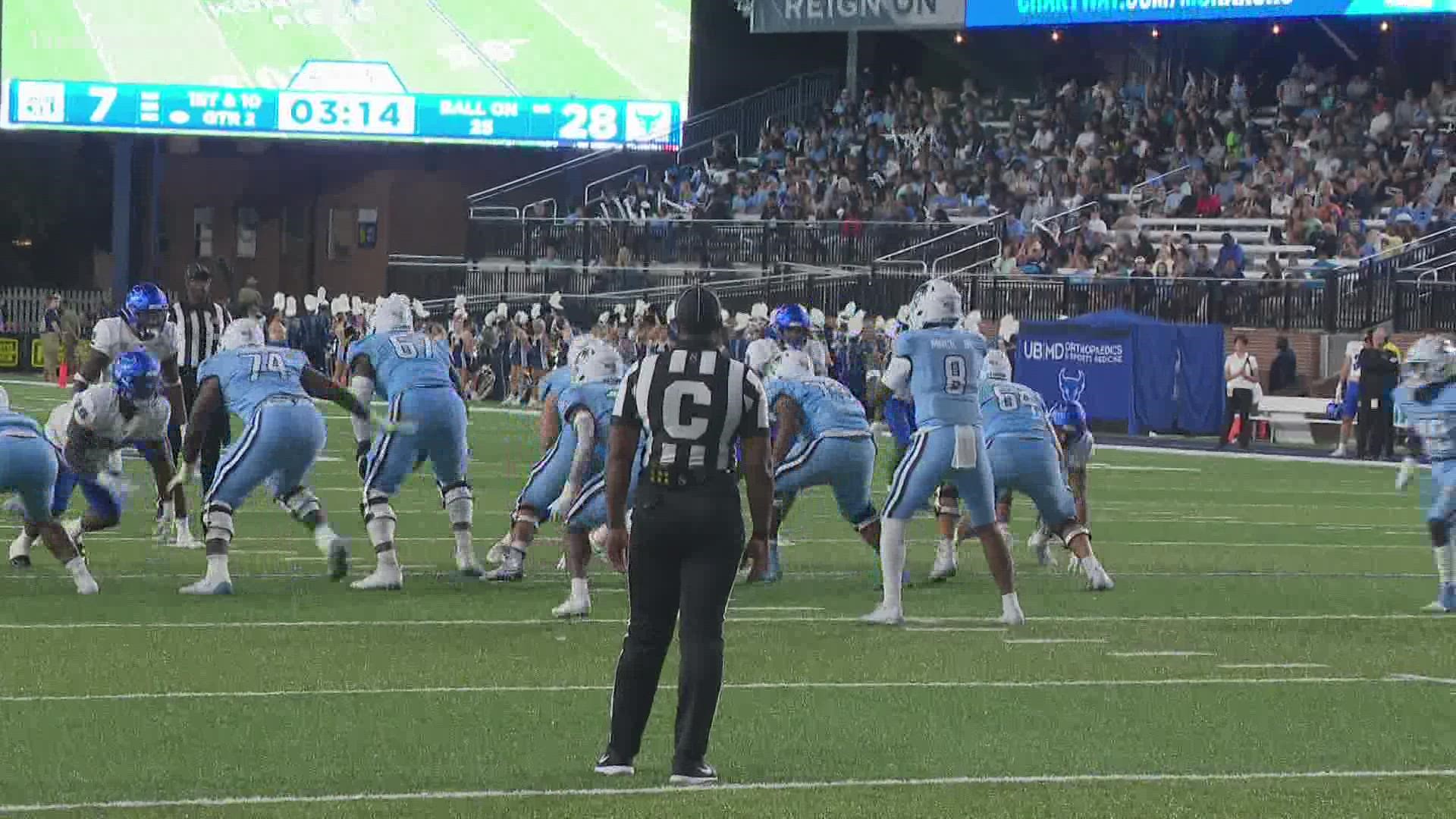 NORFOLK, Va. — Over the last two weeks the ODU Monarchs have become experts in a very specific niche: the epic comeback that falls just short. Down 35-7 versus Buffalo before losing 35-34, down 17-0 against UTEP before taking a one point lead, only to lose late, they've near perfected this rare art.

This trend is double frustrating for players and coaches. Not only did you lose, but there's real, tangible proof that you absolutely were capable of winning.

This is one factor that has led to a misleading 1-4 record. Outside of the two failed comebacks are respectable losses to a burgeoning Wake Forest team and uber talented Liberty group.

This Saturday the Monarchs take on a team with similar vibes. Marshall is 2-3 but with those 3 losses by a combined 11 points. Both teams seek a more representative record, against each other.