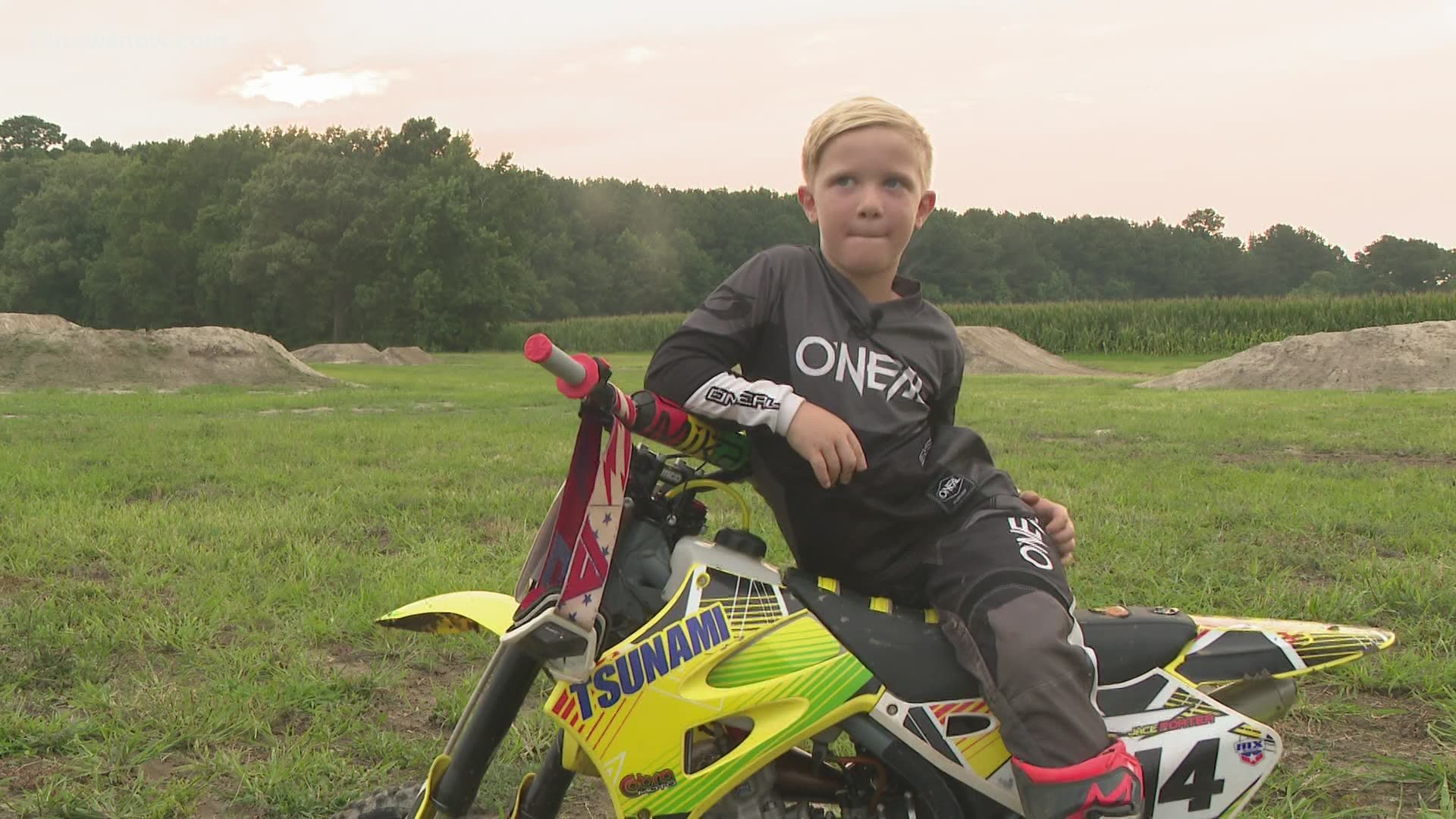 VIRGINIA BEACH, Va. — It might as well be the next in the series of "The Fast and Furious." This time Jace Porter of Virginia Beach is playing the star role.

Porter is headed to the Monster Energy AMA Amateur National Motocross Championship held next week at the Loretta Lynn Ranch in Tennessee.

Jace is seven years old but already knows what it takes to be successful. He says, "You just have to start young and work through it." Jace started when he was 3 years old and began in competitions in Elizabeth City when he was 5.

His dad, John Porter knew quickly he had something special, "He is just absolutely a natural.  He is so fluid and so at peace and one with his motorcycles."

Jace will tell you the best part of the competing is winning. To that his dad adds, "I have had other parents express to me that Jace has the 'eye of the tiger.' He has that killer instinct and wants to win."

When asked if he just love going fast, Jace said, "Yeah, but scary." He has a healthy respect for the danger, but at the same time John Porter says, "He's fast in turns. He's not scared to pass. He won't follow the same lines. He's on his own mission."

Having advanced out of regionals, Jace is now among the top 42 riders in the nation in his age group that got an invite to nationals. The competition runs August 2-7.