The President and several Nationals players address a large crowd on the front lawn. 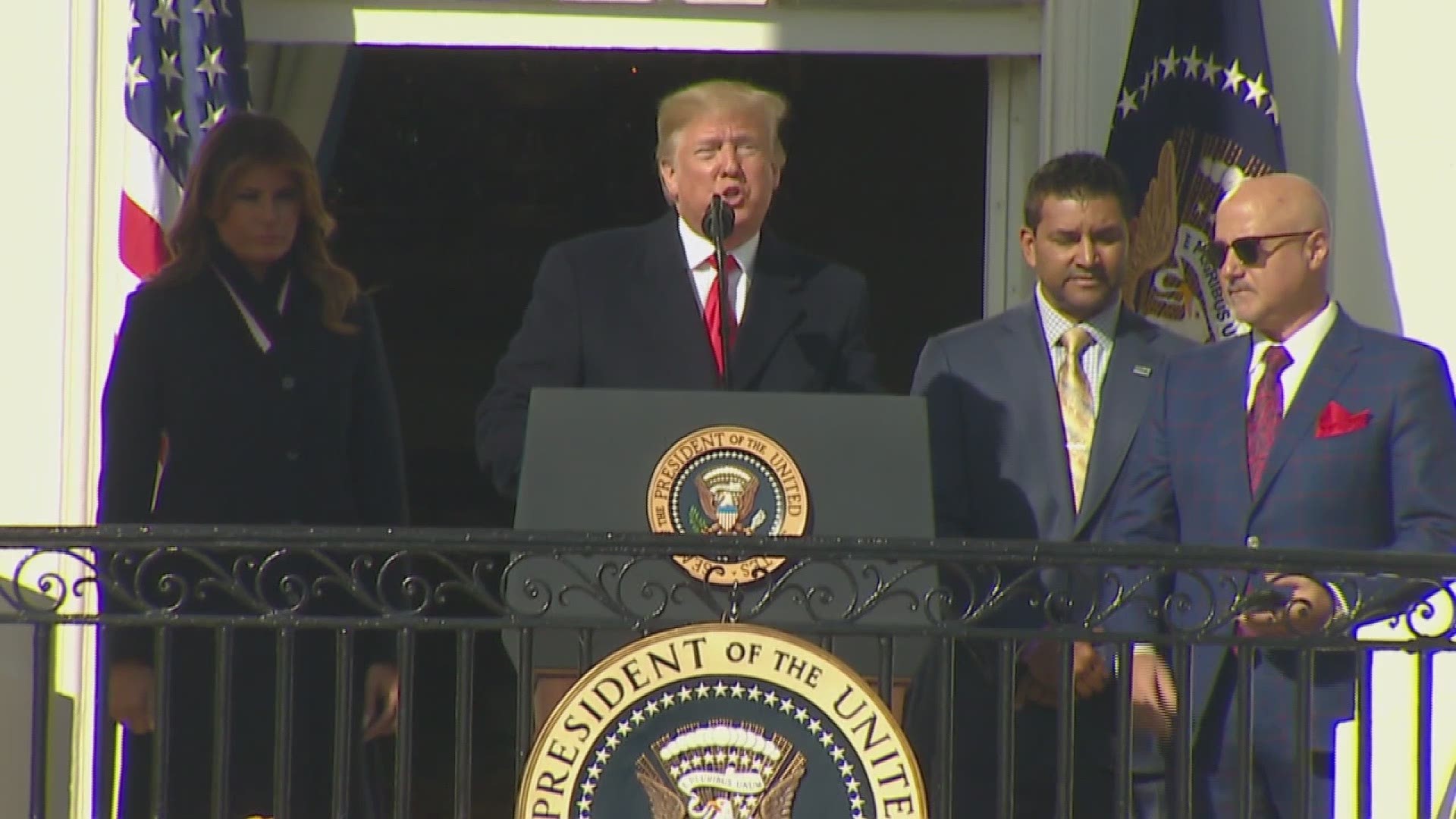 WASHINGTON, D.C., USA — President Donald Trump welcomed the World Series champion Nationals to the White House with a ceremony on the South Lawn.

He applauded the team's first championship in franchise history, calling it a "comeback story for the ages.” The visit comes just 48 hours after the team paraded down Constitution Avenue.

Reliever Sean Doolittle, who along with his wife has worked with Syrian refugees and military veterans and supports gay rights, did not attend attending the event.

Also among those not listed as being in attendance were National League MVP candidate Anthony Rendon, outfielders Victor Robles and Michael A. Taylor, and pitchers Joe Ross, Javy Guerra and Wander Suero.