In search of an East Coast residence, the lone Canadian NBA franchise has yet to reach out to a region that has long sought professional sports 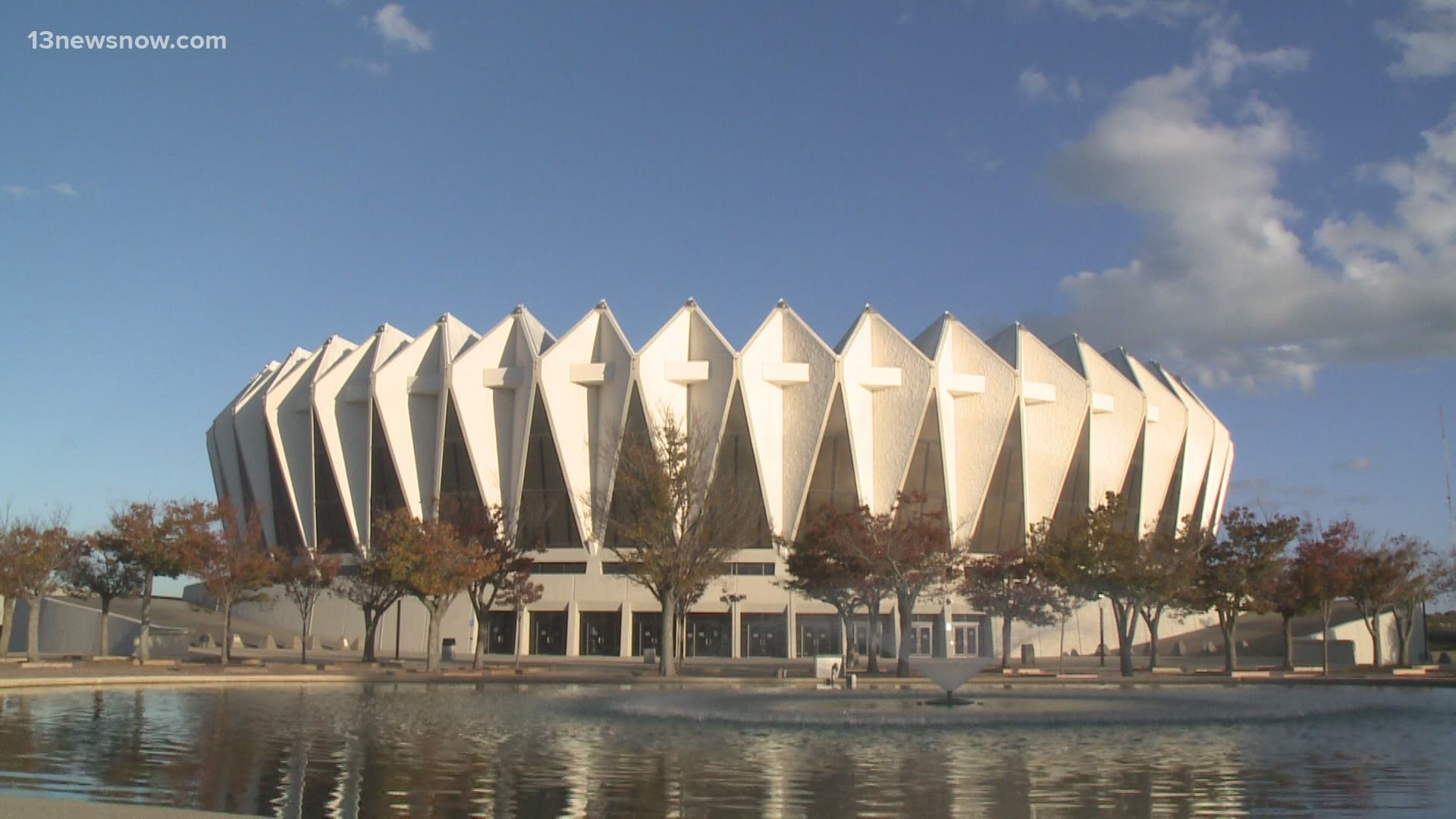 HAMPTON, Va. — Raptor's Rapture is one of the many fan websites hosted by Fansided. Much of the talk site to site is about impending Toronto Raptors draft prospects or potential trades, the Rapture's content is much of the same. There is one exception courtesy of author Jason Mills.

While every team prepares for an abbreviated season full of adjusted travel schedules and uncertain rosters, only one stands to lose their home. COVID travel restrictions mean the Raptors won't be able to go back and forth to their home arena in Toronto. That's where Mills' article comes in.

It's a list of possible rentals for the team to inhabit next season. Hampton Roads comes in at number 2 on Mills' list, right after Rochester, New York.

Now is a good time to stress that this is purely speculative, one site's opinion on areas that provide a good fit. The city of Hampton has had no contact with the NBA.

Nonetheless, the fit is clear.

"The (Hampton) Coliseum is sitting empty," said Mayor Donnie Tuck, with the 9,700 seat arena the suggested home for the team. Typically 9,700 would be too small for this endeavor, but COVID restrictions limit crowds to 1,000, making the Coliseum more palatable.

The NBA would benefit from this region's close proximity to teams throughout the East Coast, while Hampton Roads stands to benefit in a number of ways.

"We want to grow the region, we need people to see the opportunities and move into the area, is you look at who moves it's the 18- to 34-year-old crowd, and that's the sweet spot for the NBA," said Hampton Roads Alliance CEO Doug Smith.

"We've thought for a long time that Hampton Roads had the fan base and business presence to support a team," says Smith.

While it may not happen this time, Hampton Roads remains a part of the conversation for each franchise in need of a home.