2022 Pro Football Hall of Fame Class: Who is eligible?

Some of the top receivers in NFL history will be eligible for the Pro Football Hall of Fame in 2022. 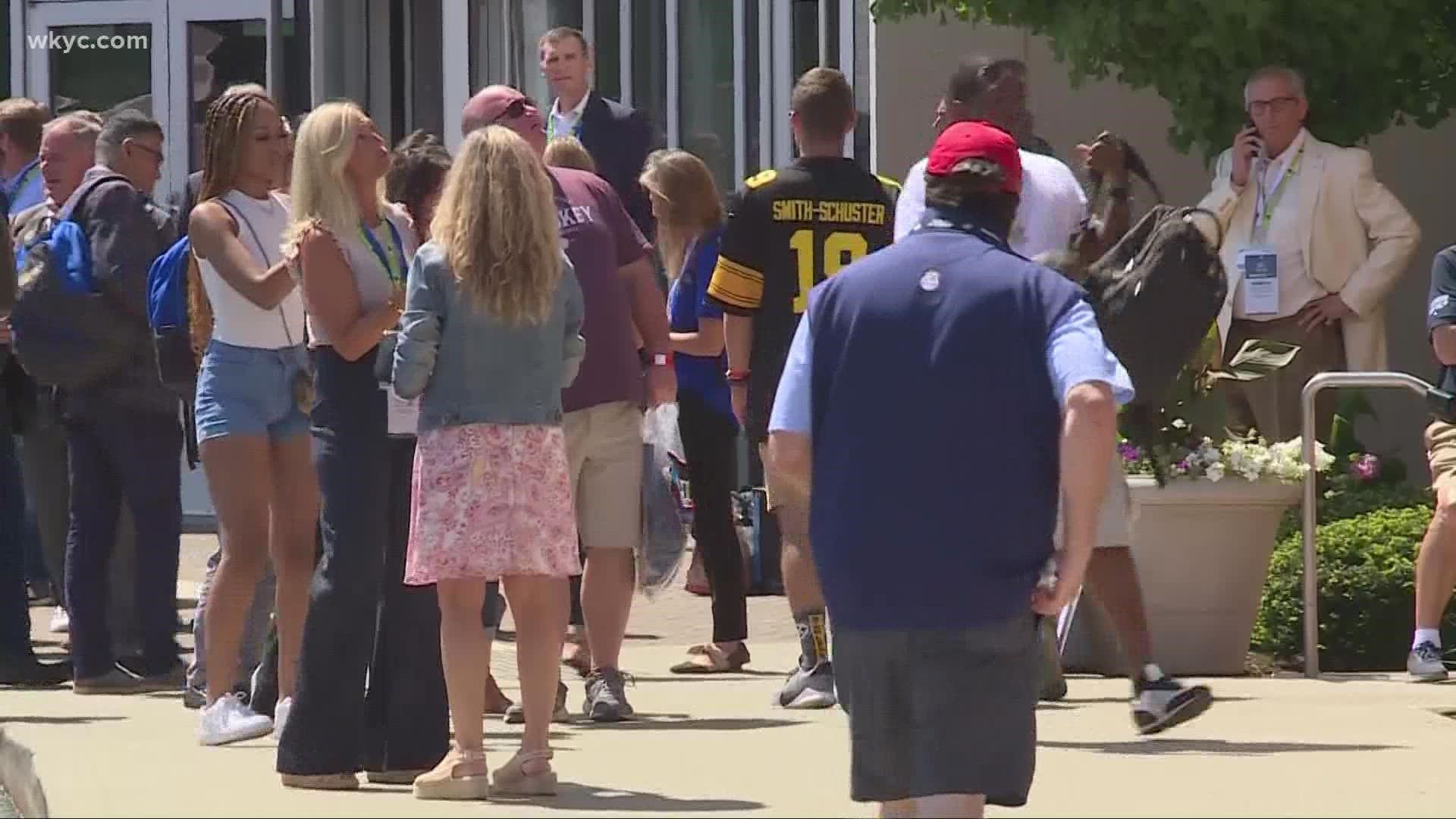 CANTON, Ohio — With the inductions of the 2020 and 2021 classes in the books, it's now time for the Pro Football Hall of Fame to turn its attention toward 2022.

And while there may not be any first-year candidates who were as obvious as Peyton Manning and Charles Woodson were this year, there are still several players who could be in line to receive their gold jackets next summer.

From some of the NFL's top receivers to a dominant defensive force and the best kick returner in league history, next year's class figures to be one of the most unique in recent memory. Furthermore, the lack of obvious first-year candidates could open the door for other legends who have been waiting their time to finally get the call from Canton.

With that in mind, let's take a look at the NFL players who are eligible for the Pro Football Hall of Fame's 2022 class.

The 2003 NFL Offensive Rookie of the Year, Anquan Boldin earned three Pro Bowl appearances over the course of a 14-year career that included time with the Arizona Cardinals, Baltimore Ravens, San Francisco 49ers and Detroit Lions. The 2015 Walter Payton Man of the Year's 1,076 career receptions rank ninth all time, while his 13,779 career receiving yards rank 14th and his 82 touchdowns rank 25th.

Selected out of Iowa in the first round of the 2006 NFL Draft, Chad Greenway spent his entire 11-year career with the Minnesota Vikings. A two-time Pro Bowl selection, Greenway led the NFL in combined tackles in 2010 with 144.

The most decorated kick returner in NFL history, Devin Hester earned three first-team and one second-team All-Pro selection over the course of an 11-year career with the Chicago Bears, Atlanta Falcons, Baltimore Ravens and Seattle Seahawks. The NFL's all-time leader in punt return touchdowns with 14, Hester was selected to the NFL's All-Decade Teams for the 2000s and 2010s and was named to the NFL 100th Anniversary All-Time Team.

The No. 3 pick of the 2003 NFL Draft, Andre Johnson earned seven Pro Bowl selections, three first-team All-Pro and two second-team All-Pro selections over the course of a 14-year career with the Houston Texans (2003-2014), Indianapolis Colts (2015) and Tennessee Titans (2016). A two-time receptions leader, Johnson's 1,062 career receptions and 14,185 receiving yards each rank 11th in NFL history, while his 70 touchdowns rank 46th.

One of the most decorated undrafted free agents in NFL history, Tony Romo earned four Pro Bowl selections and a second-team All-Pro honor over the course of 13 seasons with the Dallas Cowboys. Starting 127 games for the Cowboys from 2006-2016, Romo amassed a 78-49 record while helping lead Dallas to the playoffs in 2006, 2007, 2009 and 2014.

A five-time Pro Bowl selection, Robert Mathis teamed with Dwight Freeney to give the Indianapolis Colts one of the NFL's most formidable pass rush duos. The 2013 NFL Defensive Player of the Year, Mathis, who spent the entirety of his 14-year career with the Colts, ranks 27th in NFL history with 123 career sacks.

Despite his small stature, Steve Smith earned a reputation for being one of the NFL's most physical receivers during a 16-year career that included stints with the Carolina Panthers (2001-2013) and Baltimore Ravens (2014-2016). A five-time Pro Bowl, two-time first-team and one-time second-team All-Pro, Smith ranks 12th all-time in receptions (1,031), eighth in receiving yards (14,731) and 28th in receiving touchdowns (81).

One of the most dominant defensive players of his era, DeMarcus Ware is the likeliest first-year candidate to be elected to Canton next year, based on the betting odds. Over the course of a 12-year career with the Dallas Cowboys (2005-2013) and Denver Broncos (2014-2016), the Troy product earned nine Pro Bowl, four first-team and three second-team All-Pro selections, while twice leading the NFL in sacks, amassing 138.5 sacks for his career.

Selected out of Miami (Fla.) in the first round of the 2004 NFL Draft, Vince Wilfork served as the centerpiece of two of the New England Patriots' Super Bowl-winning defenses. During his 13-year career with the Patriots (2004-2014) and Houston Texans (2015-2016), Wilfork earned five Pro Bowl, one first-team and three second-team All-Pro selections.