The team said his remarks went against the core values of the franchise. 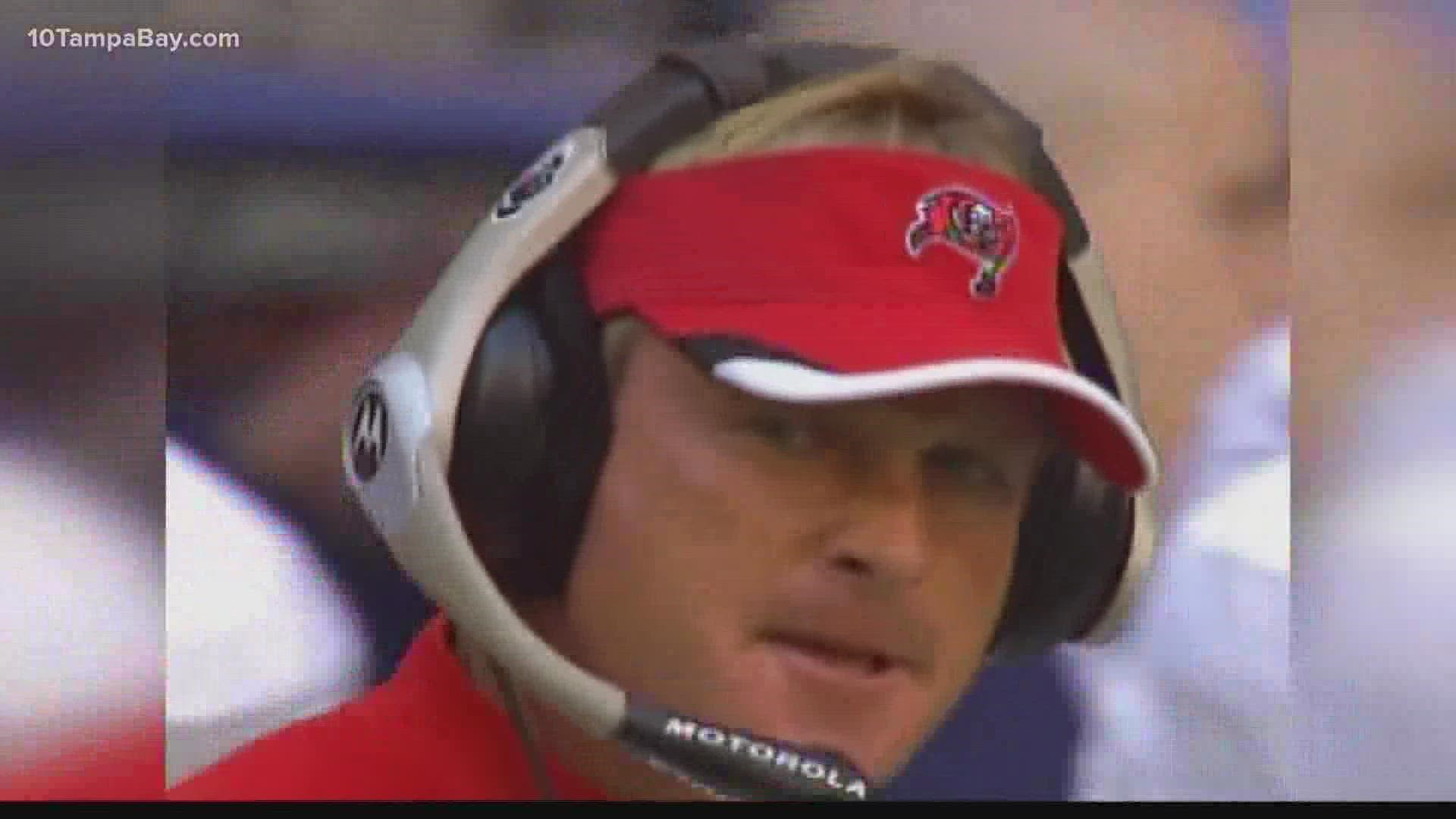 It comes a day after Gruden resigned as coach of the Raiders after national media reports revealed emails he sent before being hired by Las Vegas in 2018 contained racist, homophobic and misogynistic comments.

Citing decades-old emails, The New York Times reported that Gruden frequently used misogynistic and homophobic language directed at Commissioner Roger Goodell and others in the NFL.

That report came on the heels of Friday's Wall Street Journal report, which accused Gruden of using a racist term to describe NFL union chief DeMaurice Smith in a 2011 email to Bruce Allen, the former president of the Washington Football Team and former general manager of the Bucs.

"I love the Raiders and do not want to be a distraction," Gruden wrote, in part, while announcing his separation from the Raiders on Monday. "Thank you to all the players, coaches, staff, and fans of Raider Nation. I’m sorry, I never meant to hurt anyone.”

Many of the comments in question were reportedly sent to friends and colleagues Gruden met during his years as a head coach for the Bucs.

Gruden was inducted into the Ring of Honor in 2017. On Tuesday, error messages appeared on Bucs web pages honoring him.

“The Tampa Bay Buccaneers have advocated for purposeful change in the areas of race relations, gender equality, diversity and inclusion for many years. While we acknowledge Jon Gruden’s contributions on the field, his actions go against our core values as an organization," the Bucs wrote. "Therefore, he will no longer continue to be a member of the Buccaneers Ring of Honor.”