Bobby Wagner bought groceries for unsuspecting customers at a Safeway in West Seattle this week. 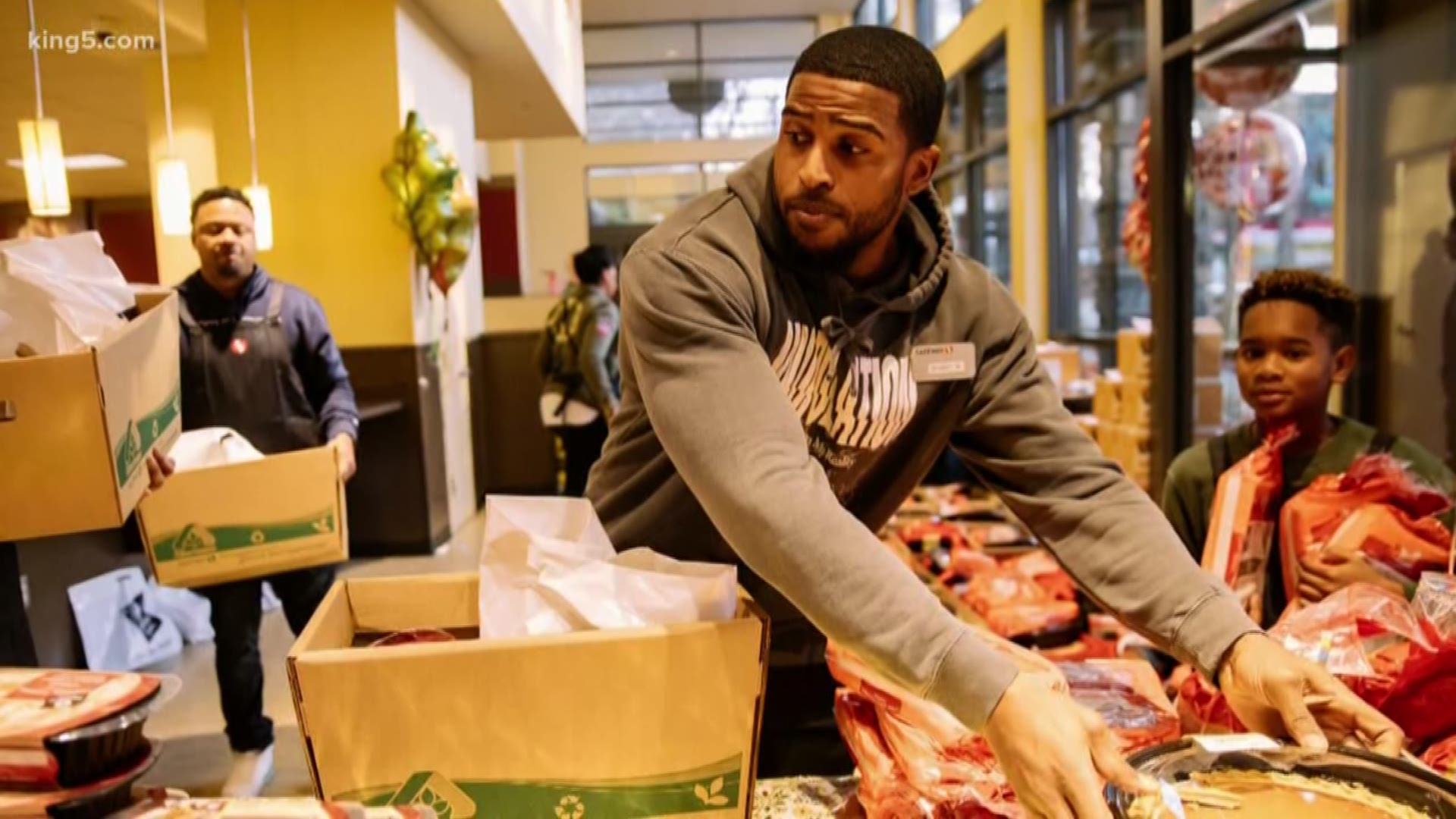 Seattle Seahawks linebacker Bobby Wagner got into the Thanksgiving spirit this week after he was spotted at a West Seattle Safeway packing food for families experiencing homelessness.

In addition to the food packing, Wagner also paid for unsuspecting shopper’s groceries for 30 minutes.

“When we were waiting, I saw everyone Thanksgiving shopping and I thought it would be cool if when they went to the cash register they didn’t have to pay,” Wagner said. “So, I secretly tried to say that I was paying for their meals.”