The team paused the cheerleading program last month as part of a re-branding. We're getting a better idea of what that looks like. 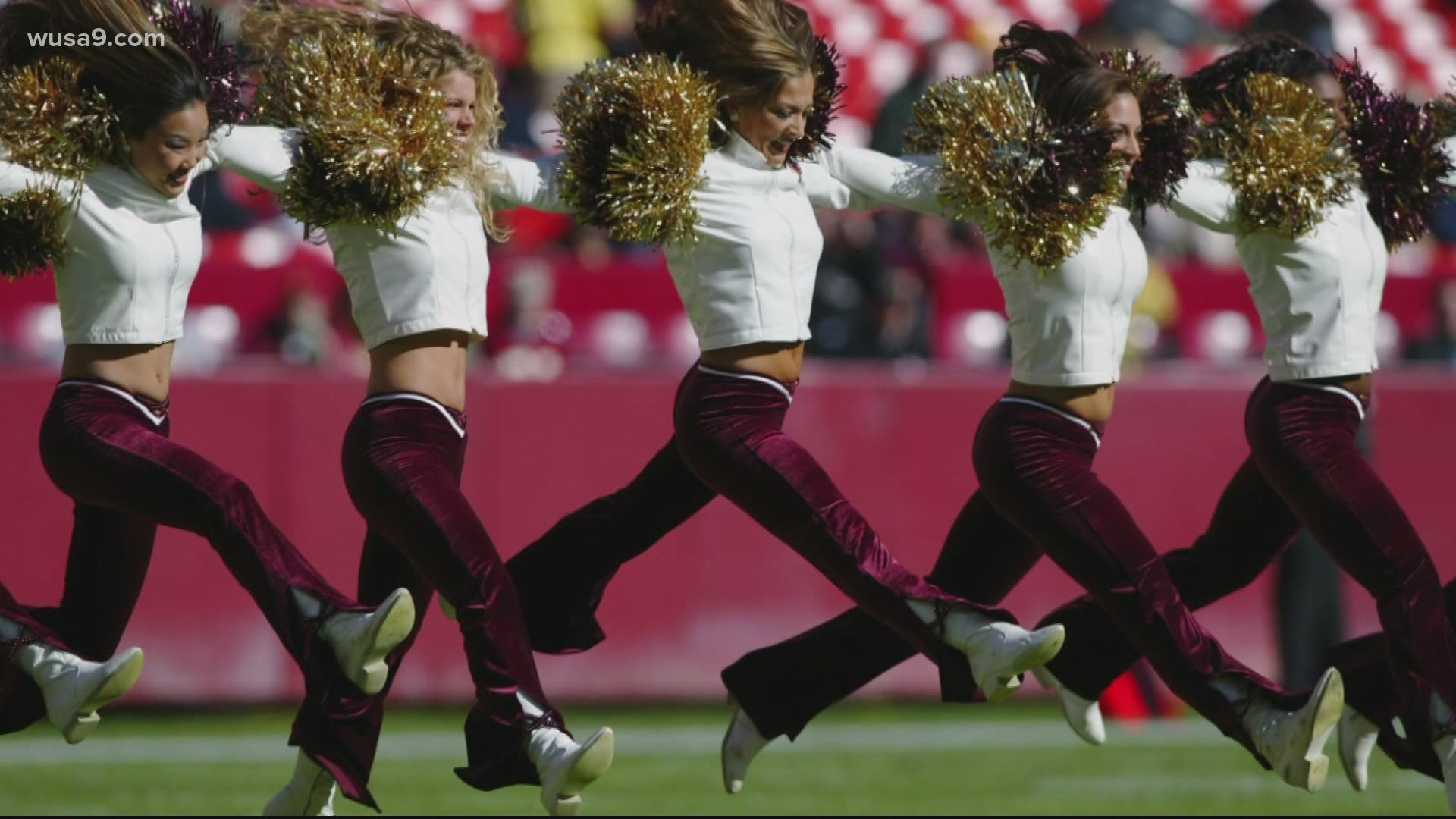 WASHINGTON — The Washington Football Team has hired a longtime entertainment executive from a different sport to reimagine what sideline entertainment will look like in the 2021 NFL season.

The team announced it has hired Petra Pope, an NBA executive with 33 years experience, to create a first-of-its-kind dance program for the team.

The move comes about a month after the team announced the removal of its cheerleading director, and the immediate pause of the cheerleading program as part of the team's overall rebranding.

“Petra’s NBA track record speaks for itself,” Jason Wright, Washington Football Team president, said in a release. “Teams across sports aspire to develop entertainment and halftime programs like the legendary creative work Petra was able to produce with the Knicks, Nets, Lakers, and Clippers. As we set out to modernize the Washington Football gameday, it’s important that we develop a top-notch entertainment program that keeps our fanbase excited and connected to the game and the team. We believe Petra is the ideal person to lead this charge and bring her extraordinary background to the gridiron.”

The team says Pope will be responsible for creating entertainment programs and hiring and training of its personnel. The team said the new dance team will include both men and women.

Pope launched her 33-year career in the NBA with the Los Angeles Lakers, where she first made her stamp on gameday programming as the manager of the famous Laker Girls. Her success with the Lakers led to a 14-year role with the New York Knicks, during which she launched the Knicks City Dancers. In 2005, Pope joined the New Jersey Nets, where she eventually led the redesign of the team’s entertainment experience, coinciding with its move to Brooklyn and the Barclays Center.

“The NBA has long embraced innovative dance and halftime shows, but most NFL teams have remained more oriented towards traditional cheerleading programs,” Pope said. “Last season, Washington established itself as the most forward-thinking, progressive organization in the league. It is fitting that it would be first to develop a vision of the future. Fans can expect an experience like none other – a gender-neutral and diverse squad of athletes and dancers whose choreography, costumes, props, tricks and stunts will rival the best entertainment across genres and really inspire and ‘wow’ our fans.”

The next step in the team's rebranding follows the team's other history-making hires in recent months. The Washington Football Team became the first team in history with a Black team president and a Black general manager after hiring Jason Wright and Martin Mayhew, and hired the first Black female assistant coach in the NFL with Jennifer King.

The changes come after reports of sexual harassment allegations within the Washington Football Team's operations back in September 2020. The NFL has since taken over the investigation.

The allegations were first broken by the Washington Post earlier this summer and came on the heels of the team abandoning its controversial logo and nickname, which had been used since 1933.

Fifteen women say they were sexually harassed and verbally abused while they worked for Washington's NFL team over the last 15 years, according to the Post's reporting.

Three of the employees with allegations made against them abruptly resigned or were fired, including longtime radio broadcaster Larry Michael, who retired, and the team’s director of pro personnel, Alex Santos, who was fired.