ODU's Barnett has eyes on the NFL

Tony Barnett is hoping to follow other Monarch players into the NFL, who's having their virtual draft on April 23rd. 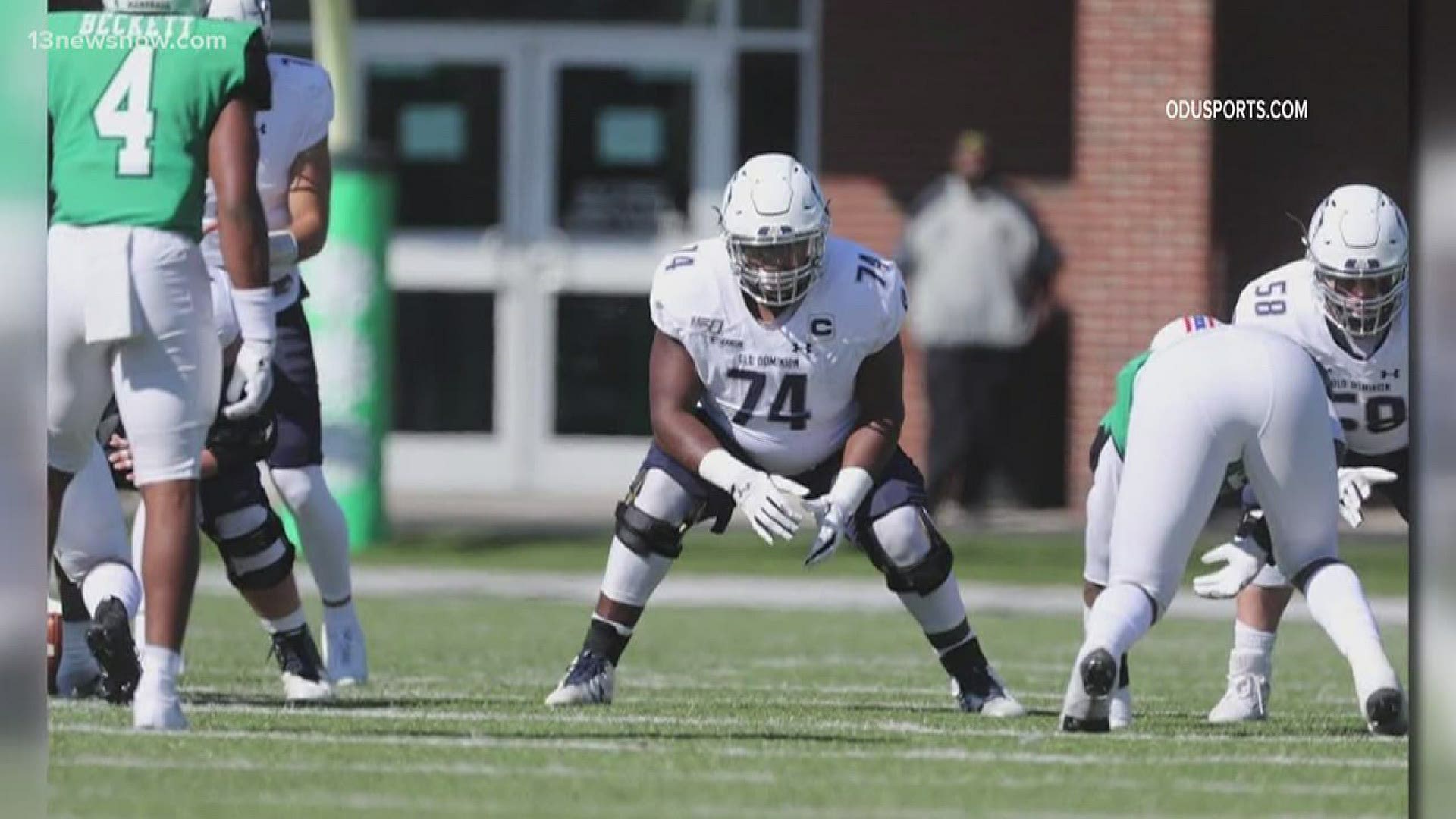 NORFOLK, Va. — The extravaganza that is the annual NFL Draft will have a different look in 2020. Large crowds cheering for their favorite team to pick a player that will change the franchise's fortune for years to come. Instead fans will be at home and likely watch on television or online, because of the coronavirus outbreak. Team owners, general managers and other front office personnel will hold a "virtual draft" beginning on April 23rd to 25th.

For players like Old Dominion offensive lineman, Tony Barnett, its become tricky. Like many, he didn't get the chance to showcase his skills with a pro day in front of scouts. "Everyday I'm going through my workouts", he says. "I get outside. Just to move around, going through my pass sets".

The 6-4, 320 pounder, with the help of his agent, has used technology to get the word out about himself. A Nelson County native, he's already gotten interest from the Lions, Browns, Cardinals and the reigning Super Bowl Champion Chiefs. Barnett has gotten encouragement from former Monarch teammates currently in the NFL that includes current Bears offensive lineman, Rashaad Coward. "He was just mentioning to me that some days are going to be hard", he says. Barnett understands being overlooked will happen in the NFL Draft, but says he's maintaining a positive approach and won't let something that's out of his control get him down.