Nikki McCray on her future and also her past at ODU

The Monarchs former women's basketball coach talked to the media for the first time in her new job. 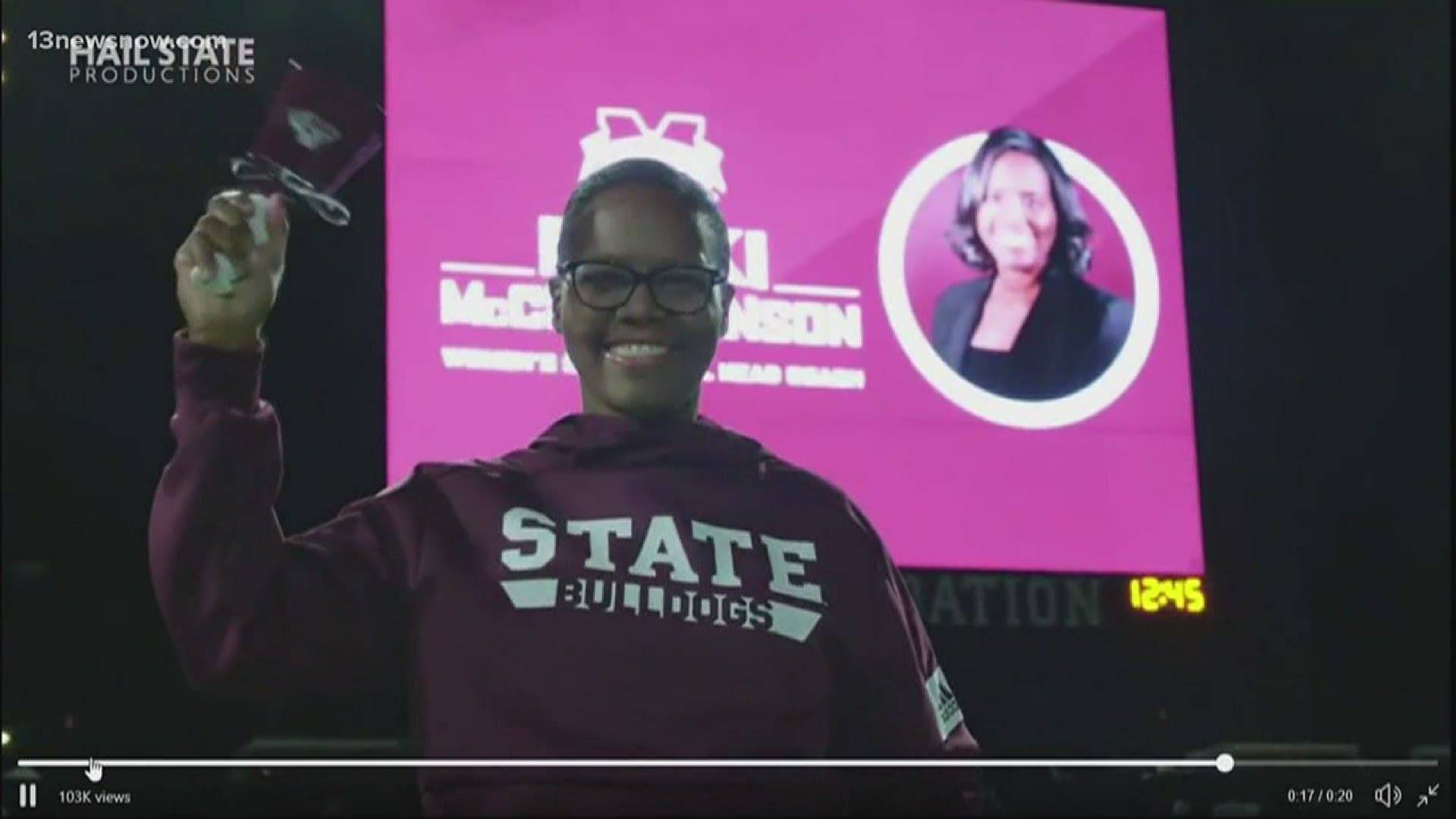 STARKVILLE, Miss — Success seems to follow Nikki McCray around. Now we'll see how that success travels to Starkville, MS. The former ODU women's basketball coach had her first gabfest with the media since taking the reins of Mississippi State.

She couldn't be going into a much better situation. The Bulldogs are already a national powerhouse and have plenty of talent returning in McCray's first season.

In the media session, she did mention ODU several times. Also, today she talked about the importance of a winning attitude. They seem to already have that at Mississippi State. McCray explained how she helped bring that attitude to ODU, "Coming into Old Dominion I had to create a culture of what that looks like and every year we got better. But, we became better people along the way." Just another measure of how wide reaching her success has been.