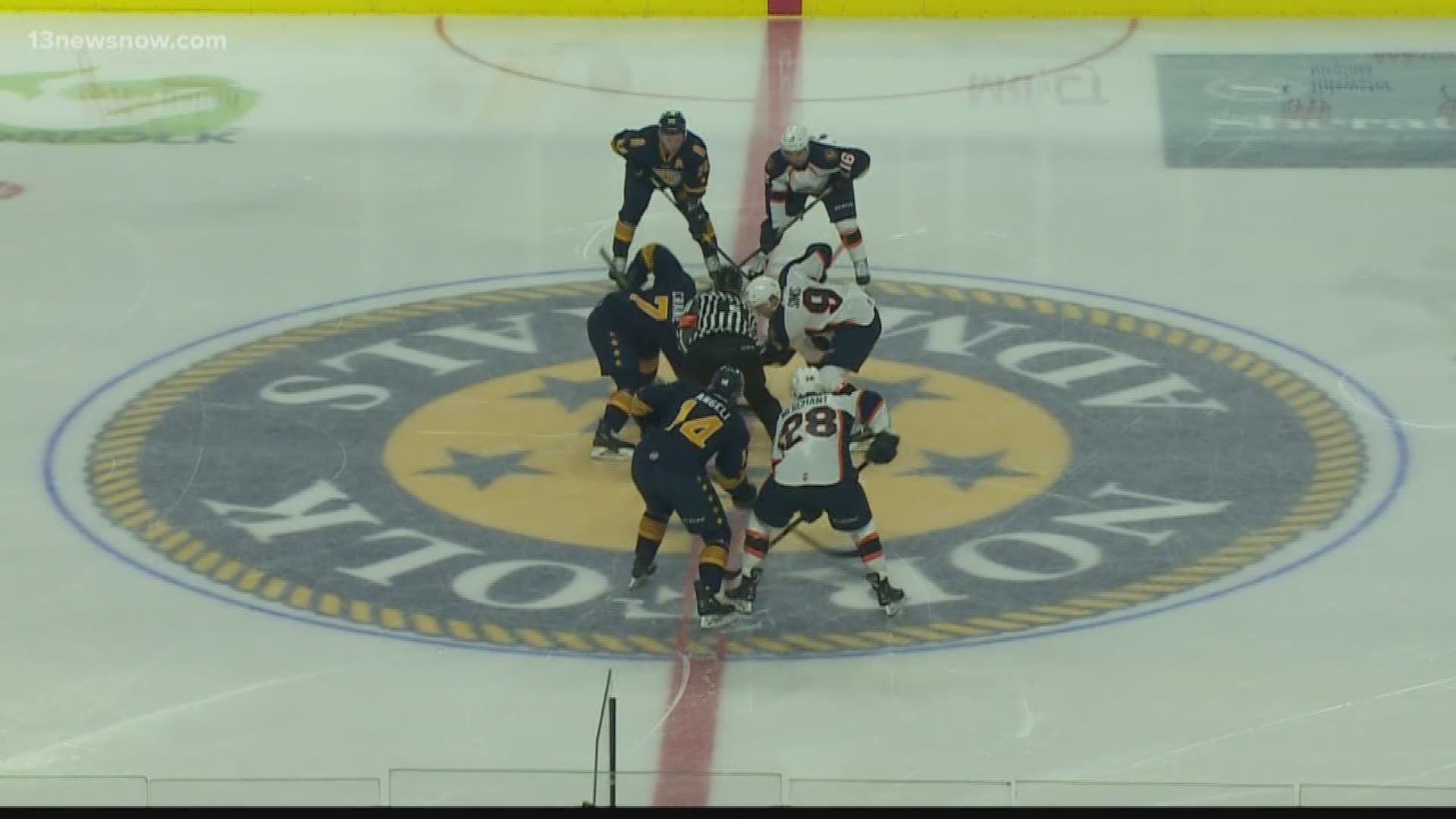 NORFOLK, VA – Domenic Alberga scored a goal and added an assist to help lead the Norfolk Admirals (5-2-0) to 3-2 victory over the Greenville Swamp Rabbits at Norfolk Scope on Wednesday night. With the win, the Admirals now share the division lead with Jacksonville with at ten points.

Greenville got on the board first on a great individual effort from Chris Izmirlian who had his first shot stopped by Ty Reichenbach, but the rebound bounced back to him and he was able to swing the puck around the outstretched leg pad of Reichenbach for the tally.

Moments later, the Admirals tied the game up on a tally by Domenic Alberga. Following a steady cycle by Norfolk in its offensive zone, Jake Wood delivered a puck to Alberga just outside the slot. Alberga snapped a shot sharply over the shoulder of Greenville goaltender Garrett Bartus.

In the second, the Swamp Rabbits reclaimed the lead on a breakaway goal by Izmirlian for his second tally of the night.

However, the Admirals quickly countered once again. This time Alberga set up Matt McMorrow on a one-timer from the slot. Bartus made the initial save, but the rebound crept to the goal line. Bartus pounced on the loose puck, but by doing so, he accidentally knocked the puck across the line for the tally to tie the game at two.

Norfolk took its first lead of the game at 16:12 of the second period on the power play. Connor Hurley delivered a pass from behind the net toward the crease, but the puck hit the stick of Greenville defender Chad Duchesne and redirected into the net for Norfolk goal. Hurley was credited with his second goal in as many games and the Admirals took a 3-2 lead into the third.

Reichenbach and company were able to shut down the Swamp Rabbits attack in the third period to preserve the 3-2 victory.