Norfolk Admirals go "Back to the Future" 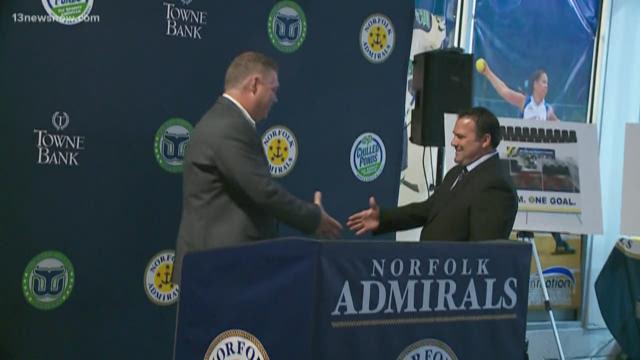 NORFOLK, Va. — The Norfolk Admirals are reaching back into their past to hopefully bring some success to the present and future.

Pat Cavanaugh was on the original Admirals team in 1989. He bought the team last week. On Tuesday he named Admirals legend Rod Taylor as the new head coach.

Taylor is the leading goal scorer all time for the Admirals. He is in the Admirals, ECHL and Hampton Roads Sports Halls of Fame.

Both stayed involved in hockey and the Hampton Roads community since their playing days ended. Both are committed to bringing back a winner to a franchise that has struggled on and off the ice. As Cavanaugh puts it, "I'm driven every day by player betterment and by championships returning to Hampton Roads."