The MEAC champs have a near-decade between appearances, COVID-19 protocols and a possible matchup with the best team in the country. 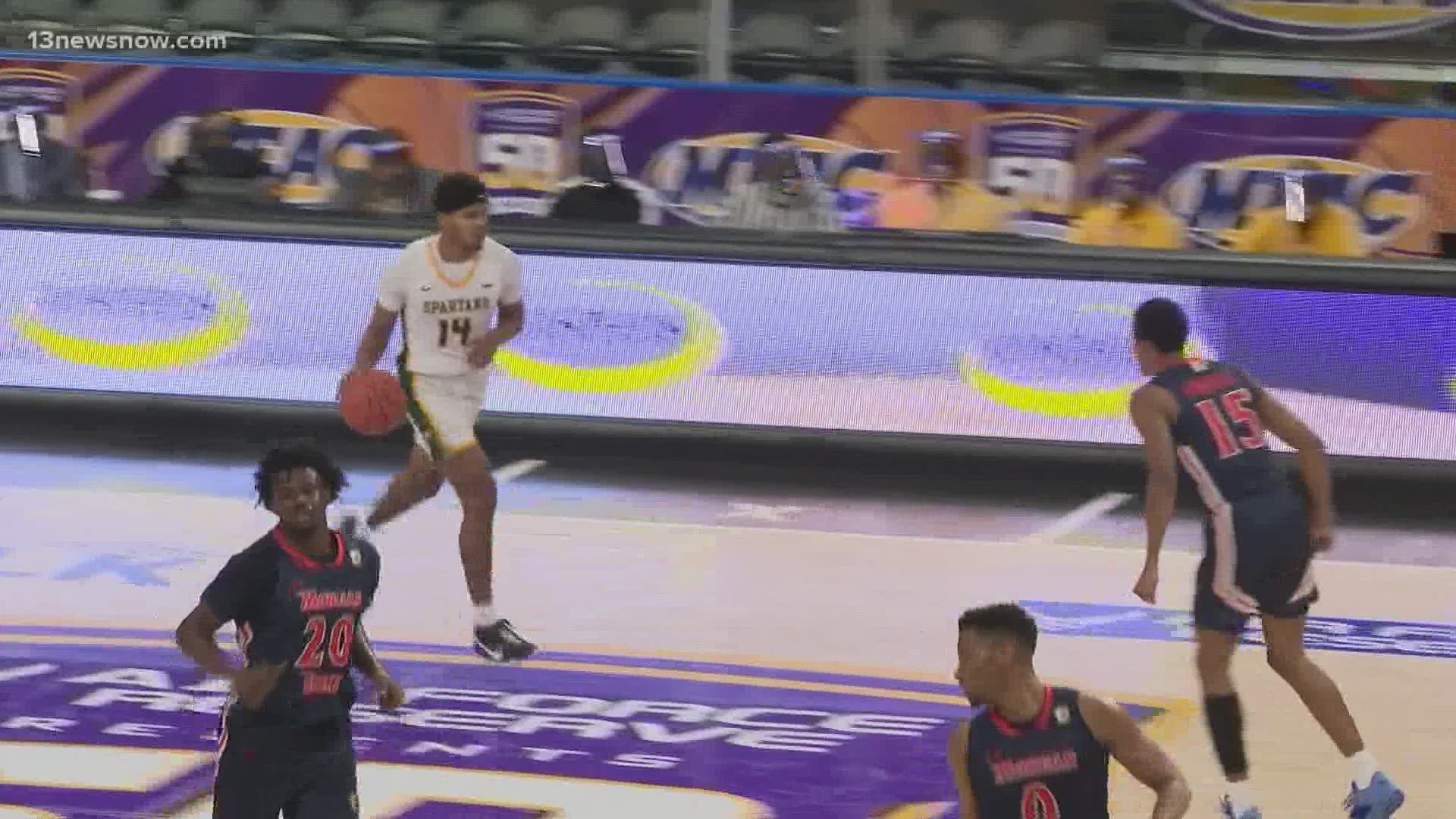 NORFOLK, Va. — Five Virginia schools made the NCAA Tournament field of 68, matching a record set in 2019. On that list, the Norfolk State Spartans.

Set to take on Appalachian State in the First Four, a matchup with unbeaten number 1 overall seed Gonzaga looms if they can win game 1. No strangers to tourney upsets, they took down 2 seed Missouri as a 15 in 2012 and knocked 1 seed Alabama out of the NIT, this would be the biggest.

"If we pull this one off, they might have to do a statue out in front of Echol's Hall," Norfolk State Head Coach Robert Jones is only partially kidding when he talks about a potential matchup with powerhouse Gonzaga.

"Showing that even though we're a small school we've got big things to offer out here. Put a spotlight on the University, especially being an HBCU it's great to have a spotlight," said senior Raequan Porter.

Former NSU Department Chair Dr. Delano Tucker knows what that spotlight can bring to a school. "The next year I had kids all the way from California," he continues, "They google, "let me find out about NSU and where it is," I've seen NSU grow from afar by leaps and bounds."

That spotlight may bring more eyes to the school, but one set will have to watch from home.

"My son plays basketball and I always promised I would bring him, but he can't come bc he wasn't in the travel party," said Coach Jones, knowing the protocols his son from joining him in Indy. That didn't stop Coach Jones from getting one shining moment with his son, letting him help cut down the nets after the Spartans were crowned MEAC champions.

"And that's one of the reasons why I had him cut at least a piece of the net down. Relish in that moment of winning a championship even though he can't be here."

If the Spartans find themselves cutting down another net, it may mean a statue is on the way.