The Monarchs, Spartans and Pirates make inroads in football on national signing day. 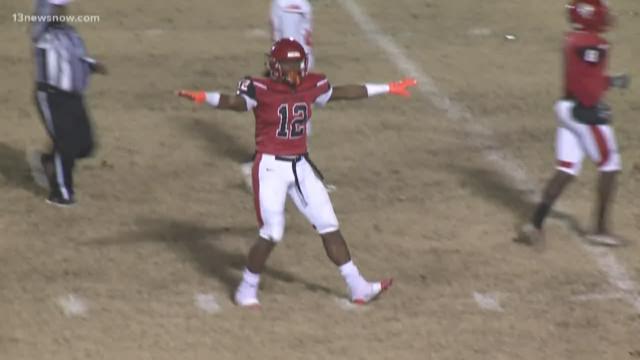 NORFOLK, Va. — A big national signing day for area college football teams around Hampton Roads. It was a good one for new Old Dominion head coach, Ricky Rahne. The Monarchs managed to get 12 players on board on Wednesday and with 8 other signing in December, their total reached 18 for the recruiting class of 2020.

One of the bigger names is Indian River defensive back LaMareon James. He picked ODU over Virginia Tech, Auburn, Maryland, Michigan, Nebraska and North Carolina.

The Hampton Pirates signed up 13 new players. Leading the way was Romon Copeland, Jr. from Oscar Smith. He was this season's Class 6 Offensive Player of The Year. He was also the first-team punt returner.

At Norfolk State, the Spartans with 10 new signees. Among them linebacker, Ikeem Wright from Lake Taylor High School. He is a 2-time state defensive player of the year for the Titans. Wright finished his senior year with 91 tackles 12 for losses and 5 blocked punts.