NSU basketball: they're playing with house money at this point

At least that was the suggestion by head coach Robert Jones when referring to the amount of pressure on his team. 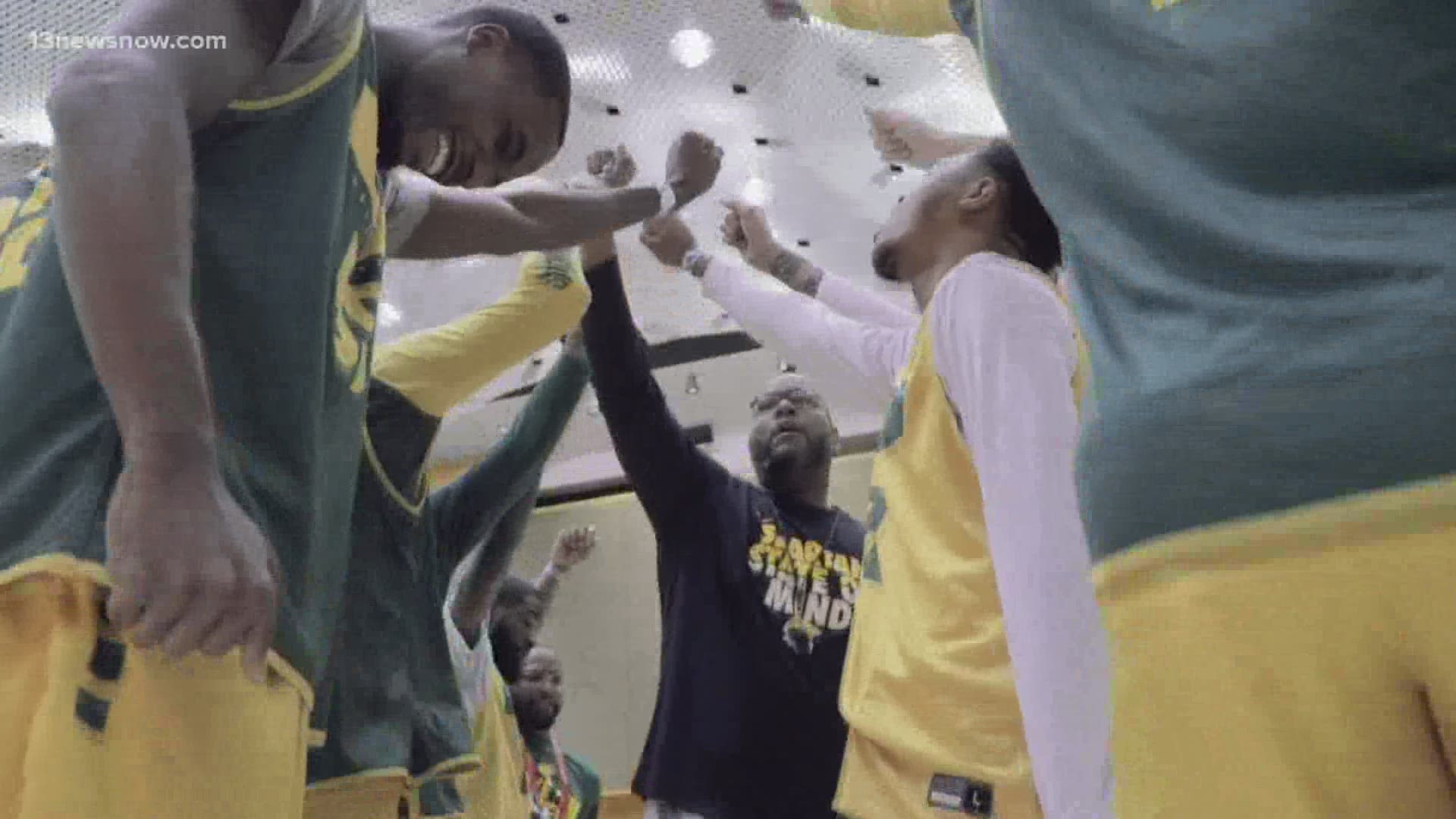 INDIANAPOLIS — The Norfolk State Spartans escaped on Monday. They got out of their rooms in Indianapolis for the first time. What better way to get away than to hit the practice floor.

NSU has just a few days to prepare for March Madness. Their First Four game with Appalachian State tips off Thursday night.

Head coach Robert Jones is trying to keep that focus on that first game even though Gonzaga, the number one team in the land awaits the winner on Saturday.

Jones did allow himself a moment to look ahead. Of course, the Spartans pulled off the first round shocker over Missouri in 2012. According to Jones, "It's a totally different game than Norfolk State-Missouri. If we pull this one off they're going to have to make a statue in front of Echols."

But, he was quick to add, "First things first, Appalachian State."

Monday's practice was mostly just trying to get back in to rhythm. They appeared loose. When asked if there was added pressure now, Jones said, "I felt more pressure going into playing Central and Morgan than I do right now. Not saying I'm relaxed, because I'm a competitor and I want to go all the way to the Final Four if I can."

Jones says for those, like the Spartans who were automatic qualifiers, "All of us, not just us, you're playing with house money at this point because it's so hard to get there. Now it's just go play."

In such a strange season where most everybody has had a handful of games postponed due to COVID, there is a great level of uncertainty headed into the NCAA Tournament. Jones reflects, "It's really open for anybody honestly. And we hope that we can be that anybody to make the run. Why not us?"