The Spartans open the MEAC schedule this weekend at home with Morgan State. 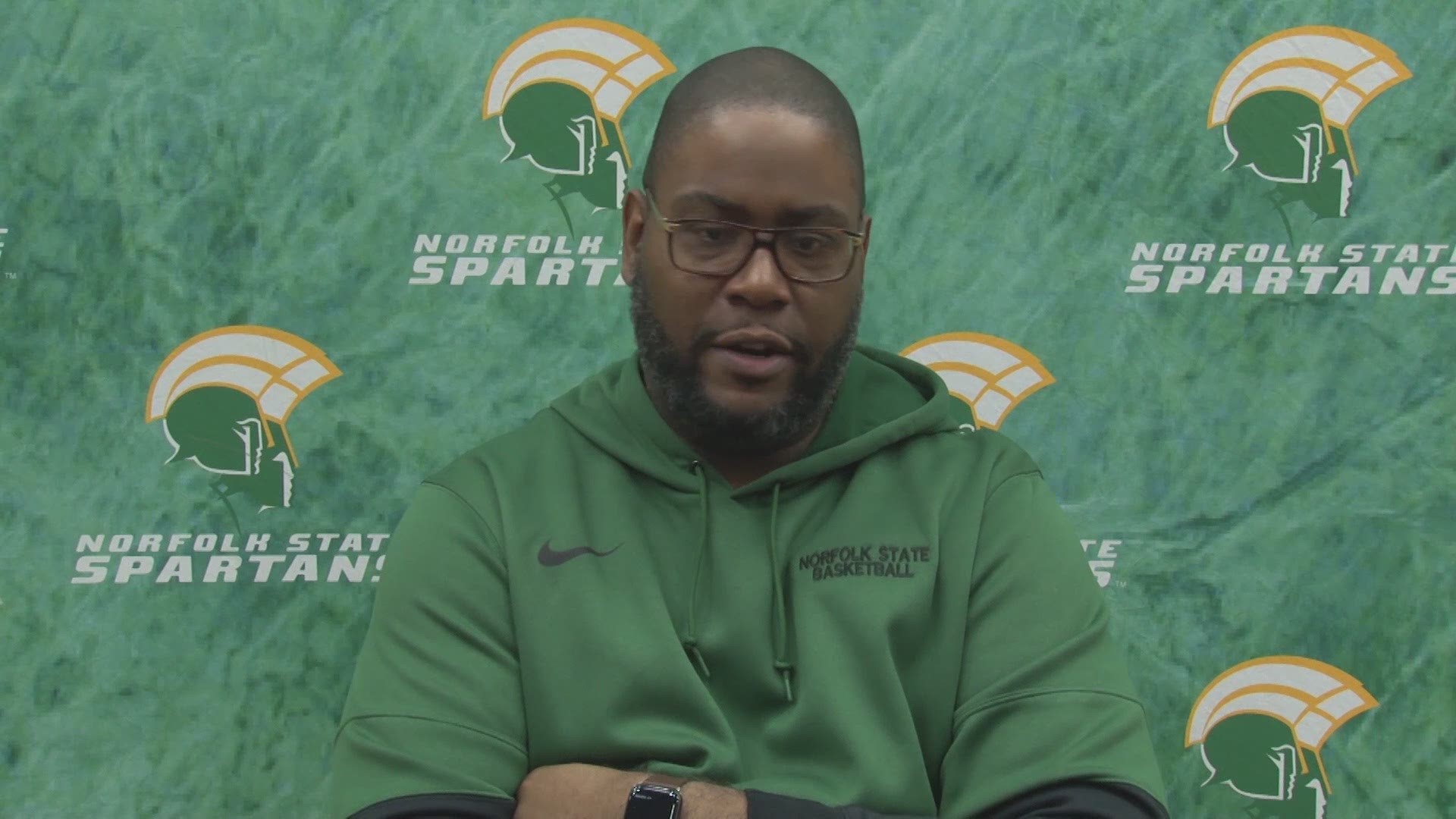 NORFOLK, Va. — After the extended non-conference portion of the schedule, Norfolk State is ready to go all-in to conference play. The Spartans open the MEAC schedule with a pair of games at home this Saturday and Sunday against Morgan State.

NSU went (4-3) in those non-conference games. The were (4-1) in their games against Virginia schools. Head coach Robert Jones was impressed by his team's toughness in winning on the road. But, it wasn't all positive as he points out, "Besides that some of the flaws, definitely the rebounding and just maintaining the focus for the whole 40 minutes."

Four of the Spartans games have been postponed due to COVID-19 related issues. They were supposed to start the MEAC schedule last weekend with Howard. Those games had to be rescheduled for February 17 and 18. The first concern is getting 13 games in the books. That is the minimum number the NCAA requires to get into post season play.

Get used to the back to back games on the weekend against the same opponent. Jones notes that it adds a whole new dynamic to the season, "You've got to have a really short memory to understand that this is a totally different game, the second game. Even if you win the first game by 30, can you pencil in the second game? No."