Head coach Dawson Odums takes the wheel as the Spartans kick off the season at Toledo on Saturday. 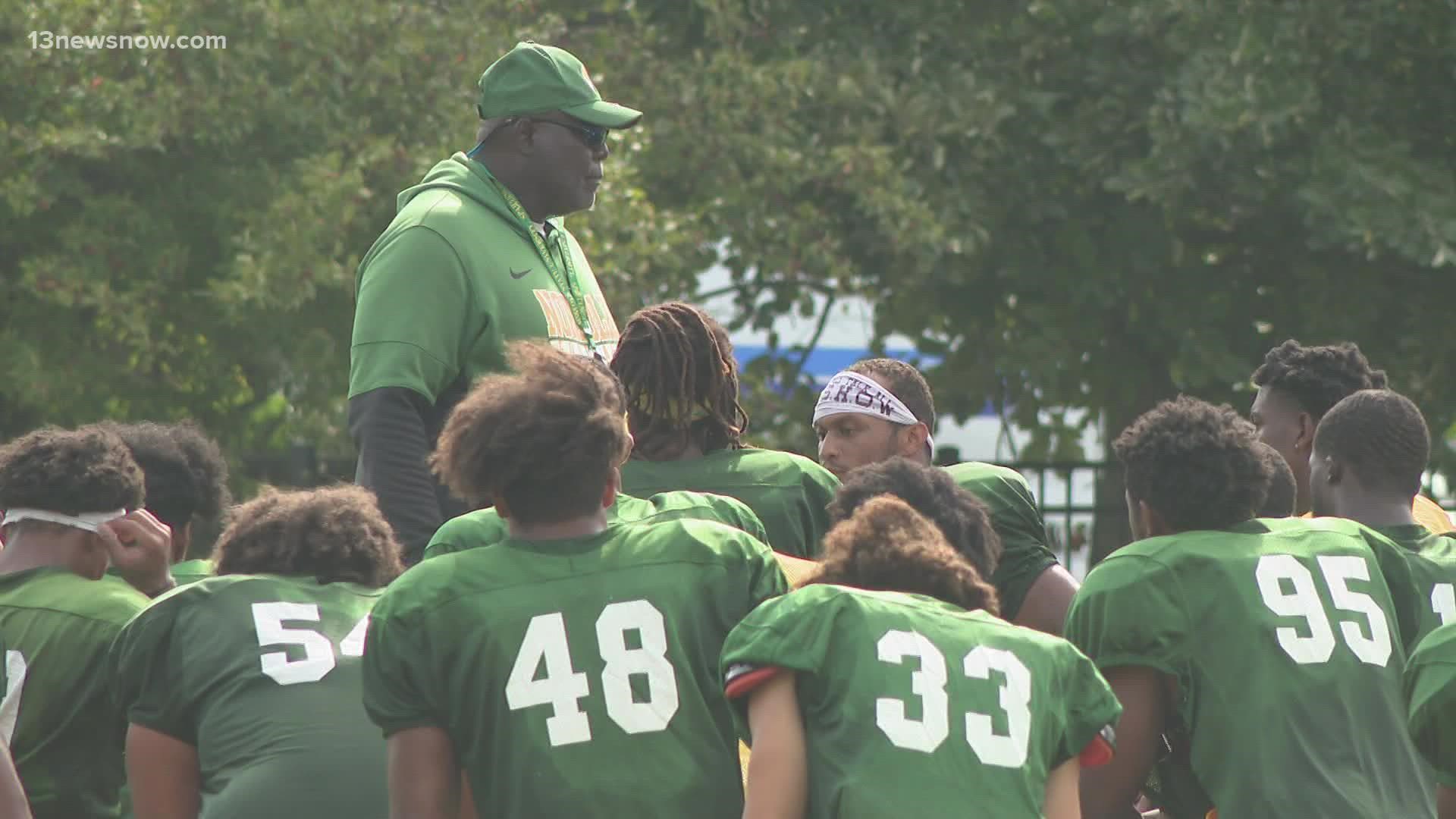 NORFOLK, Va. — It's been over 600 days since Norfolk State football last played a football game. The wait is just about over as the Spartans kickoff this season Saturday at Toledo.

Preseason media predictions have NSU finishing second in the MEAC this year. They have a new head coach to guide them in that direction. Dawson Odums is on board after 9 successful seasons at Southern University.

What to expect the long layoff, Odums says, "It's a lot of unknowns, a lot of hidden factors that you haven't even begun to tap into. How is their body going to hold up against a different color jersey. They haven't had this kind of contact in a long time."

He's been with the team long enough now to know their strength. Here's a hint. They return plenty on an offense that averaged 29 points a game. As Odums notes, the offense is ahead of the defense at this point mostly because of the continuity on that side of the ball. He's full of confidence with what the offense can do, "Being able to move the ball offensively. I think we've got a good offensive line, good receiving corps, a good quarterback, good running back so we ought to be able to move the football."

Juwan Carter returns at the starter at quarterback. He is the preseason pick as MEAC offensive player of the year. He mentions one area the team needs to improve, "Just to finish. In the previous season that we did play we weren't finishing games, losing last second, last drive, last quarter."

Toldeo is an FBS school. They have had a winning season 11 years in a row. Odums sends a strong message to his team about playing an FBS school, "I think you've got to take advantage of the opportunity and that comes with laser like focus."

Carter says the vibe this week is like most any season opener only with a little extra juice, "You get ready for a game you want to be hyped. We've been getting ready for the game for half a year, almost a year, so we've been excited to play."