NSU loses tight one with Niagara 65-61

The Spartans led by six midway through the second stanza, but the Purple Eagles came back to take the lead for good. 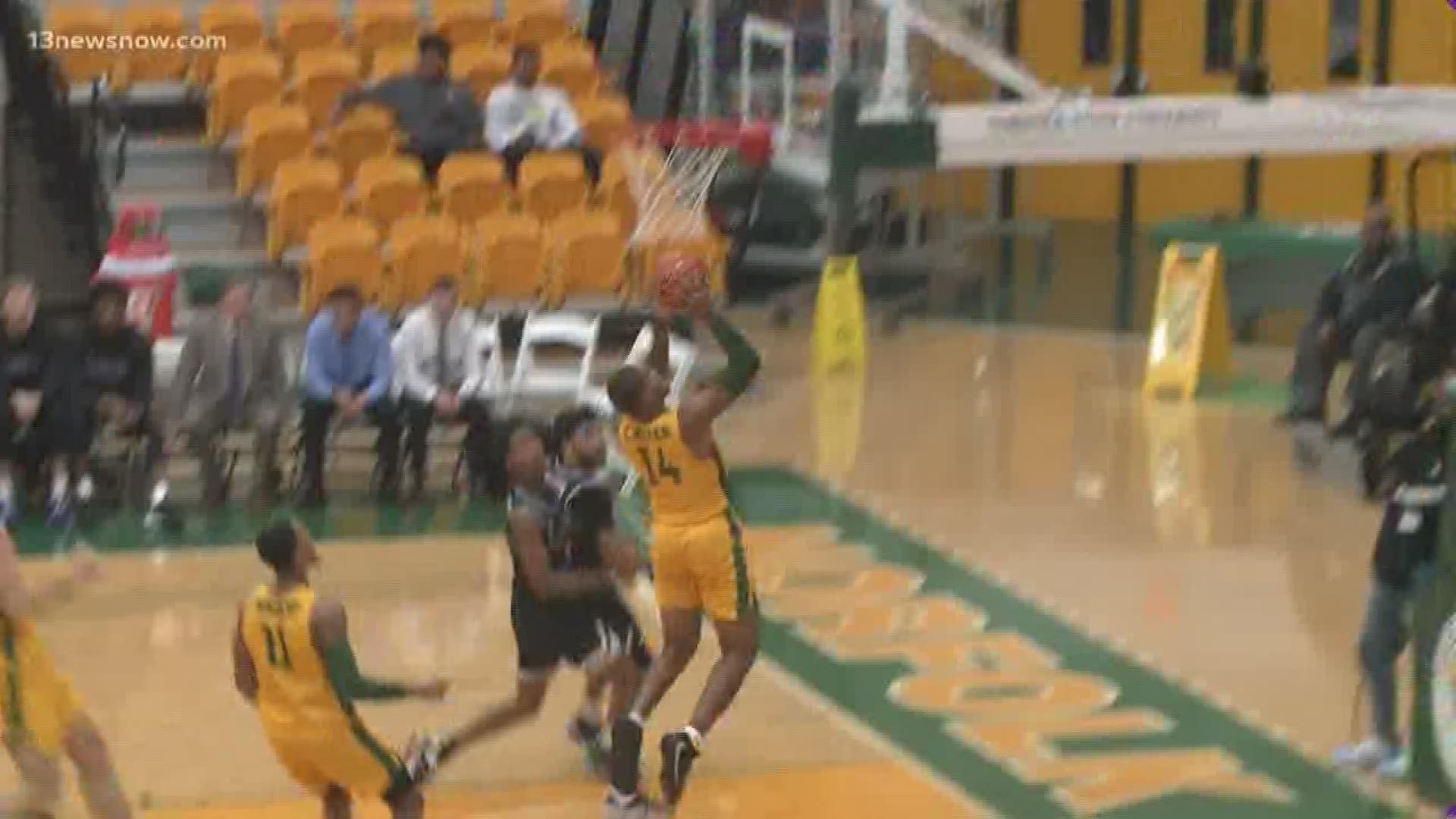 NORFOLK, Va. — Niagara held off the Norfolk State men's basketball team in a Sunday afternoon, non-conference game at Joseph Echols Hall, as the Purple Eagles came away with a 65-61 win over the Spartans.

Niagara led by five at the half but watched the Spartans go up in the second. NSU led by six midway through the second stanza, but the Purple Eagles came back to take the lead for good. They held the Spartans back after it became a one-possession game late.

The Spartans got 17 points on 5-of-12 shooting and a career-high nine rebounds from senior Jermaine Bishop. Senior Steven Whitley contributed 13 points, all in the second half, to keep the game close.

The Purple Eagles led by five at the break, but NSU scored seven of the first eight points in the second half for a short-lived lead. That was because Niagara grabbed it back with a pair of buckets. But right after that, the Spartans scored seven straight for a three-point edge six and a half minutes in.

Whitley kept the game close, hitting a pair of free throws and a 3-pointer from the left wing to slice the NU lead to one, 57-56, with 4:02 left. Greg Kuakumensah had a 3-point play and a bucket in the lane to push the Purple Eagles ahead by six. Whitley completed a 3-point play of his own to make it 62-59 going into the last minute of play.

After a Niagara turnover, the Spartans missed a pair of chances at the 3-point line on the same possession. The second miss did lead to an easy putback layup by Whitley with 10.9 seconds to go, again getting the deficit to just one. Raheem Solomon, however, made two free throws for Niagara, and another 3-pointer fell short for the Spartans as time wound down.

The biggest advantage for Niagara came in the turnover department, as they forced 15 and outscored NSU 25-8 in points off turnovers and 15-9 in fastbreak points.

Norfolk State held a 41-33 advantage in rebounding. The Spartans, however, shot 36 percent for the game.

They made just 31 percent in the first half. The Purple Eagles, meanwhile, jumped out to a 13-6 lead at the start of the game. The Spartans countered with an 11-0 run for a four-point edge. Juniors Kashaun Hicks and Devante Carter each had three-point plays during that time, and sophomore Joe Bryant Jr. finished the run with a 3-pointer from the left wing for a 17-13 advantage eight minutes into the contest.

Bishop sank four free throws to put NSU ahead 26-22 with 5:16 to go in the first half. The Spartans still led by two with two minutes on the clock, but Niagara scored the last seven points of the half to go into the locker room up 35-30.

Niagara made 40 percent from the floor. Kuakumensah led the way with 15 points on 7-of-11 shooting and six rebounds. James Towns added 13 points, and Noah Waterman contributed 10 points and a team-high seven rebounds.
Solomon and Marcus Hammond each had nine points, and Hammond also added seven assists.