Chanette Hicks led NSU with 24 points to go with 7 steals in the 61-51 win Saturday night. 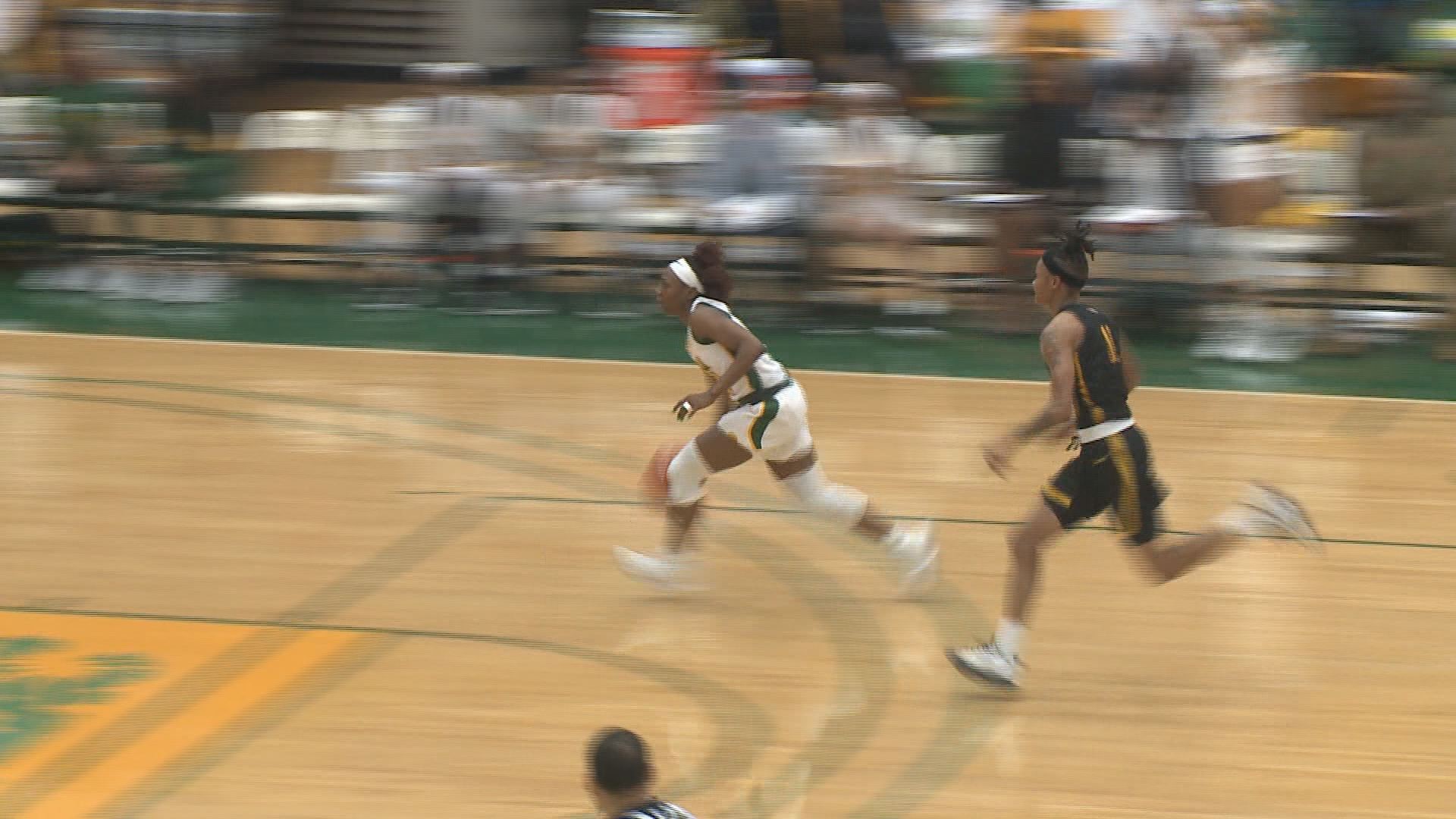 The Spartans went cold to start the second half, shooting just 17.6% from the floor in the third period. Meanwhile the Wildcats shot 45.5% from the floor, cutting the Spartans' lead to 40-31 heading into the final period.

The Wildcats managed to hang around, at one point cutting the Spartans' lead to seven points following a pair of free-throws by Ashlie Howell with 2:15 remaining in regulation. The Spartans answered with a 4-0 run to push their lead back to 57-46 with just 1:31 remaining. The Spartans didn't do their part to ice the game on the free-throw line, but the Wildcats were unable to score any field goals in the last 1:17.

Both teams came out aggressively in the first quarter, setting the tone for the rest of the game with both teams attacking the paint and getting to the free-throw line frequently. The Spartans started the game on a 6-0 run, followed by a 7-0 run by the Wildcats to gain a 7-6 lead. It would be the first and only lead in the game for the Wildcats. Chanette Hicks scored 10 of the Spartans 16 first quarter points.

The Wildcats were led by Amaya Scott with 14 points and Ashlie Howell with 13 points. Scott also finished with a game-high 10 rebounds, while Howell finished with nine rebounds.

The Spartans didn't hit any three-pointers but had twice as many points in the paint as a team, scoring 44 points in the painted area compared to the Wildcats' 22. B-C shot just 17.6% from behind the arc, going 3-of-17. Fouls and free-throws were not kind to NSU, as the Spartans went 17-of-40 (42.5%) from the charity stripe and had two players foul out. The Spartans continue the MEAC slate at 5:30 on Monday, heading to Baltimore to take on Coppin State.