Aggies' offense too much for Spartans in 58-19 win 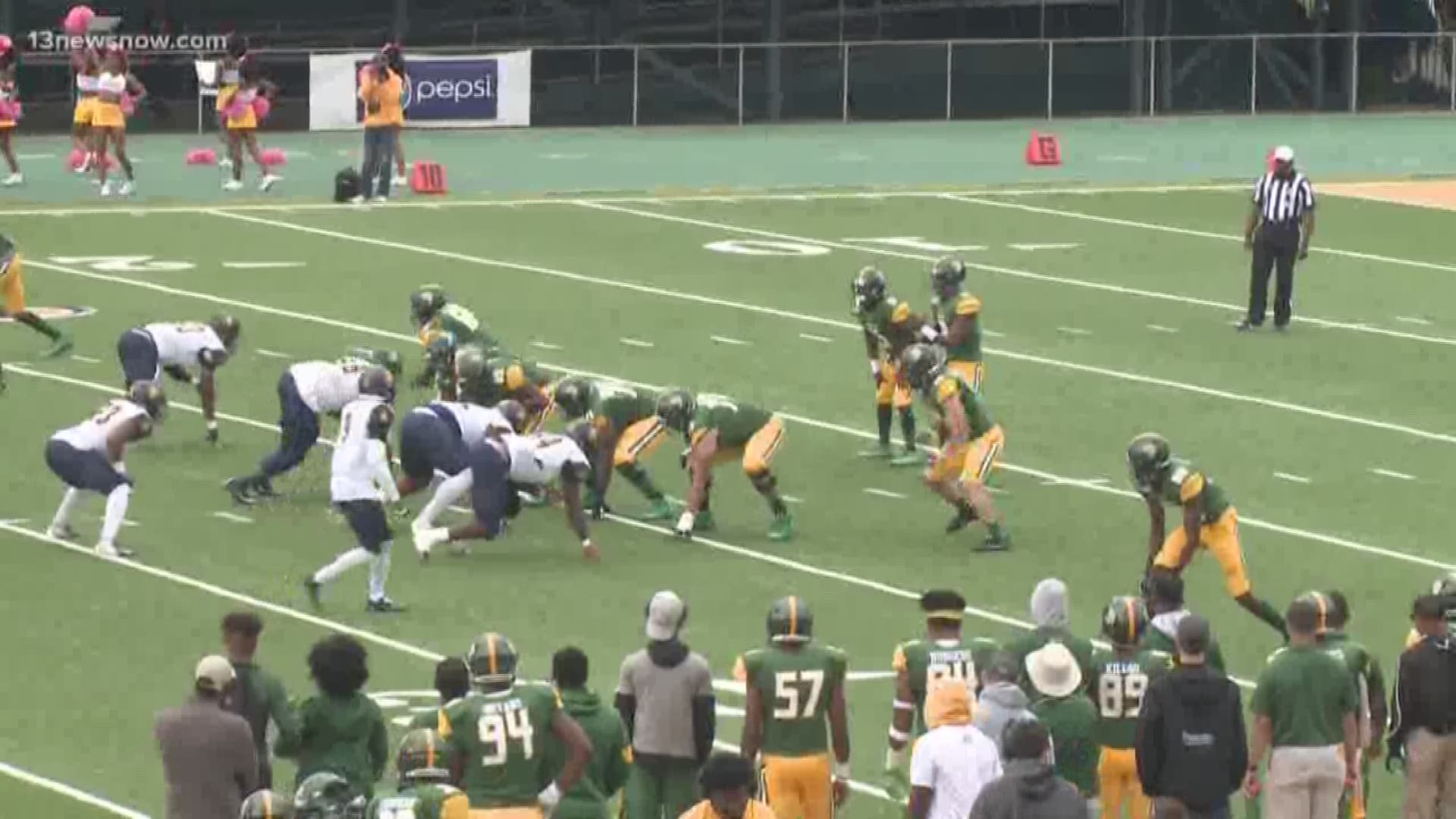 Norfolk State's 19 points is the most scored by a MEAC team against the Aggies' defense in their last four conference games.

Martin scored on a 2-yard run on the Aggies' first possession and added scoring runs of 67- and 68-yards before intermission. He finished with 199 yards on 10 carries.

Two of Carter's three touchdown passes came in the second quarter, sparking NC A&T (4-1, 2-0) to a 37-9 advantage at intermission.

Juwan Carter was 24-of-44 passing for 252 yards and a touchdown, but also threw three interceptions for Norfolk State (1-5, 0-2). NC A&T held the Spartans to just 101 yards rushing. The Aggies finished with 410 yards rushing and 594 yards of offense.