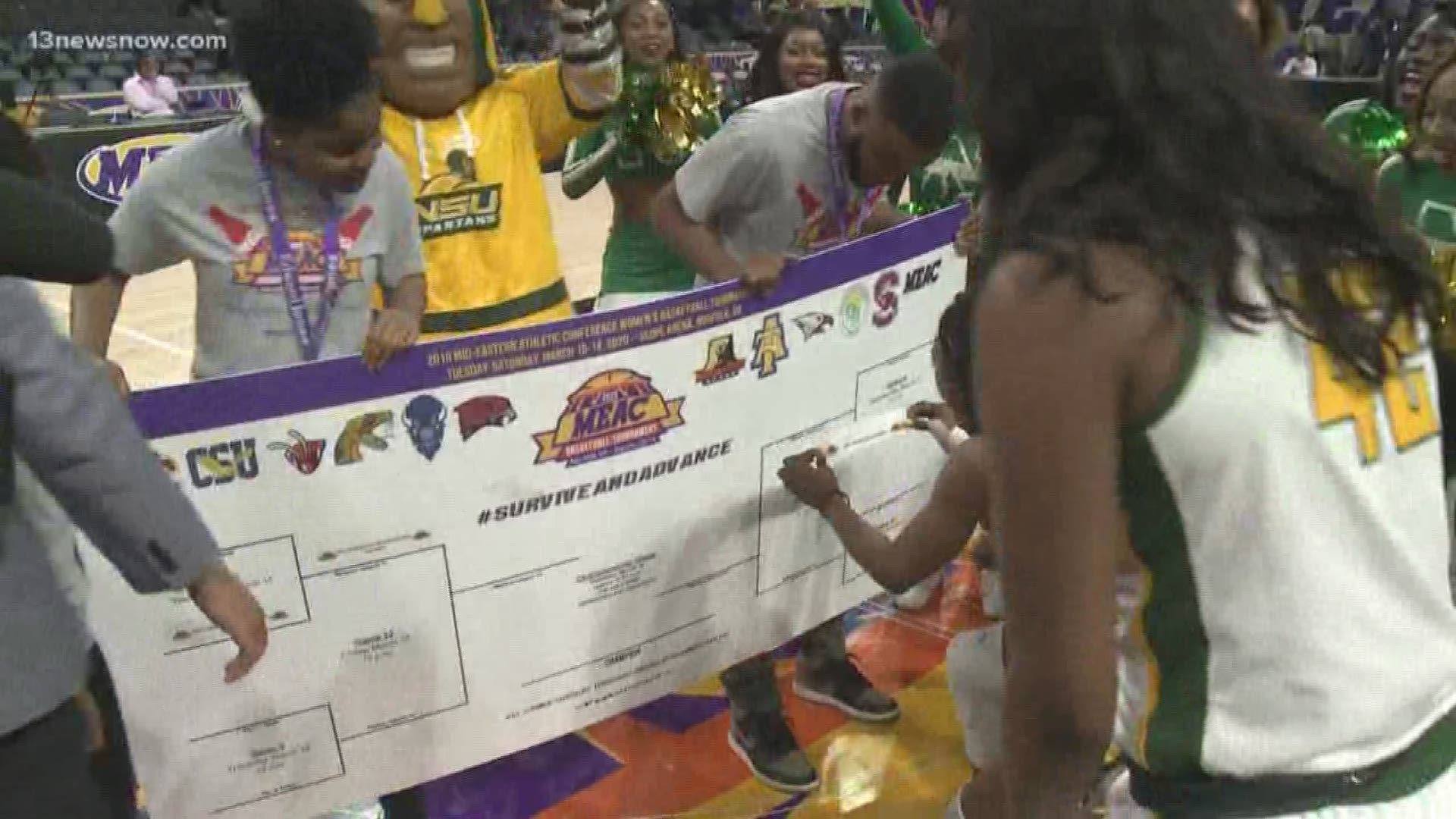 NORFOLK, Va. — The second-seeded Norfolk State women's basketball team took advantage of strong first and third quarters, running away from No. 7 seed Howard University 76-45 in the MEAC Tournament quarterfinal round on Wednesday afternoon at the Scope Arena.

With the the win, the Spartans (19-11) advance to a 2 p.m. Friday afternoon semifinal against the winner of a Thursday matchup between No. 3 Morgan State and No. 6 Delaware State.

Wednesday's rout represented the largest margin of victory ever in a MEAC Tournament game for the NSU women, topping their 26-point win (68-42) in the 2001 tourney against Maryland Eastern Shore.

MEAC Player of the Year Chanette Hicks led the way for NSU with 18 points, nine assists and eight steals over three quarters of play. Hicks' eight steals were two shy of matching a single-game record for the MEAC women's tourney. With the lead well in hand, she did not play in the fourth period.

The Spartans (19-11) took control early, outscoring the Bison (16-15) 24-9 in the first quarter. The Bison took an early 5-2 lead, but the Spartans responded with a 22-4 run to end the period while shooting 10-of-16 from the field (62.5%). Spartans forced six turnovers with four steals, scoring 11 points off turnovers in the opening period.

The second quarter was more evenly contested, with a slight 15-14 advantage going to the Spartans. Hicks started to heat up, scoring nine of her 18 points in the period.

The Spartans came out on fire again to start the second half, outscoring the Bison 27-8 in the third period. NSU scored the first 20 points of the quarter, holding Howard with a point until Brooklyn Fort-Davis' layup with 2:06 left in the period. NSU went 8-of-15 (53.3%) from the field in the period, while holding Howard to shoot just 3-of-10 (30%). The Spartans were also aggressive attacking the paint and getting to the free-three line, going 9-of-12 (75%) from the charity stripe.

Up by 35 points to start the fourth quarter (66-31), the Spartans cruised the rest of the way. Ten of the 11 Spartans who played Wednesday scored. Aside from Hicks' big night, La'Deja James added 14 points, four rebounds and four assists, while De'Janaire Deas posted 13 points and five rebounds. That was one point shy of a career high for Deas, who scored nine of her points in the first quarter. The Bison's Ayonna Williams scored 10 points to lead the Bison.

Wednesday's win was the 19th of the season for NSU, the most by a Spartan team under Larry Vickers and the most by any NSU women's team since the 2001-02 MEAC championship squad that won 22.