La'Deja James put in plenty of work at NSU in school while being a mom and basketball player. The last was cut short in the MEAC Tourney due to the coronavirus. 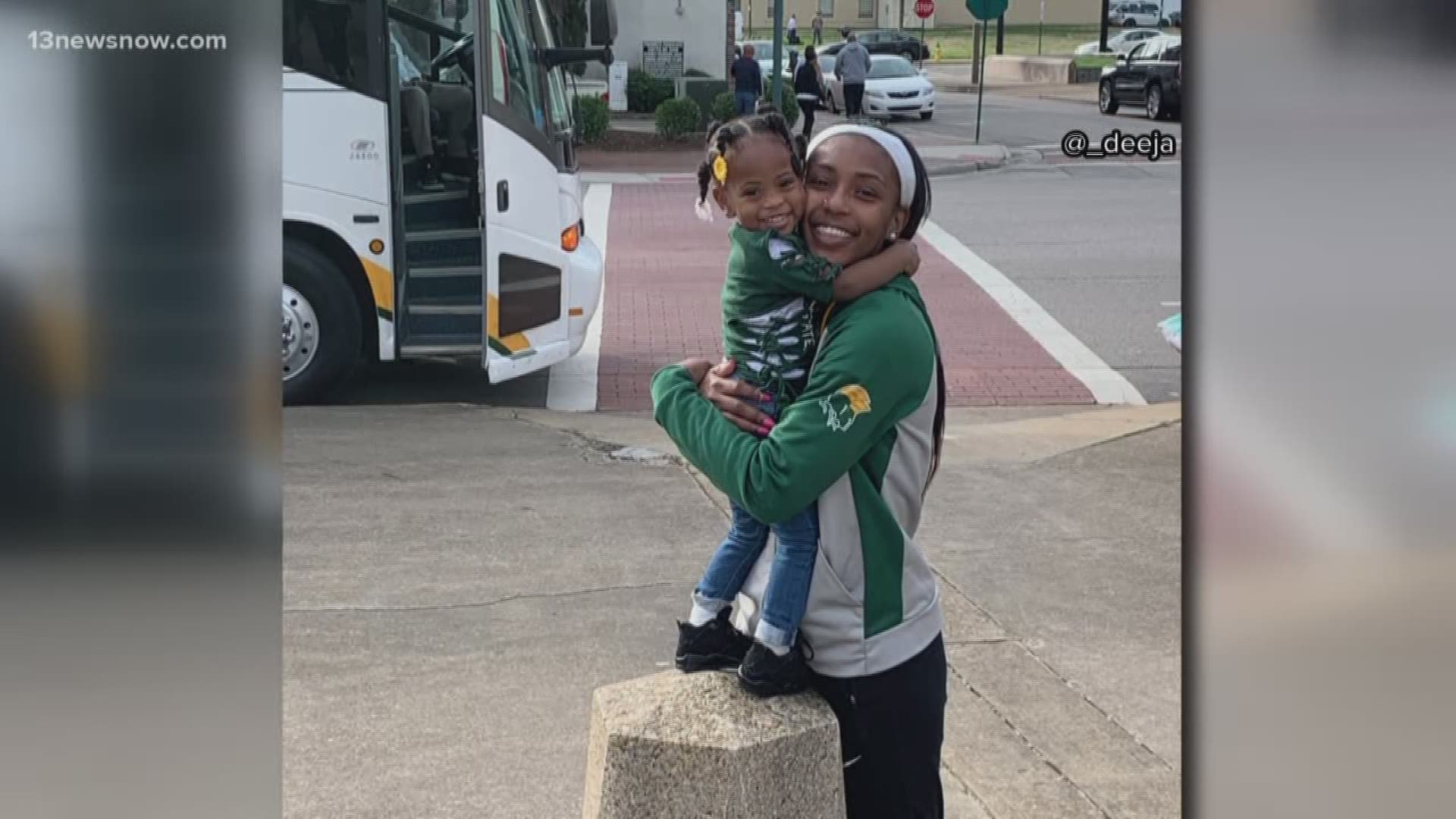 NORFOLK, Va. — A week ago today, the Norfolk State women's basketball team cruised in their MEAC Tournament quarterfinal win over Howard 76-45. Little did anyone know that within two days, all sports around the world would come to a halt due to the coronavirus.

Many college players in winter and spring sports like Spartan guard, La'Deja James would be among those affected. The redshirt senior, despite 14 points, would likely play her final game for NSU because the tournament like many getting cancelled. "It was definitely kind of heartbreaking", she said. "I know this is the real world and obivously our health is bigger than any tournament, any basketball game".

James has responsibilities beyond the court than most student/athletes. Besides basketball and school, she's also a mom. The former First Colonial High standout went to junior college at South Georgia Tech College. She put up the numbers in her two years, but became pregnant in 2016. Her daughter, Ginarri was born in July of 2017. The only offer James had left came from Norfolk State and she hasn't looked back since. "Coach (Larry) Vickers was very supportive", she said.

Ginarri is now 2 and has the love of not just her immediate family, but at Norfolk State as well with James' teammates. "She has a bunch of aunties. She knows my teammates by name". Even with that kind of love, James knows the demands she was up against. "It's very hard trying to balance, because I have school work. I have practice and I'm trying to balance the time with her. I have to prioritize. I knew I had committed myself to a team. Ginarri is my daughter and obviously she's my first priority."

The NCAA is still considering giving seniors like James an extra year of eligibility with the affects of the coronavirus. "If I had an opportunity, I would consider it", she says. "Because I have my daughter, I'd have to think about that, but I would definitely consider it."