Norfolk State scored 50 points in each half on their way to a 100-59 win over DIII Greensboro College. 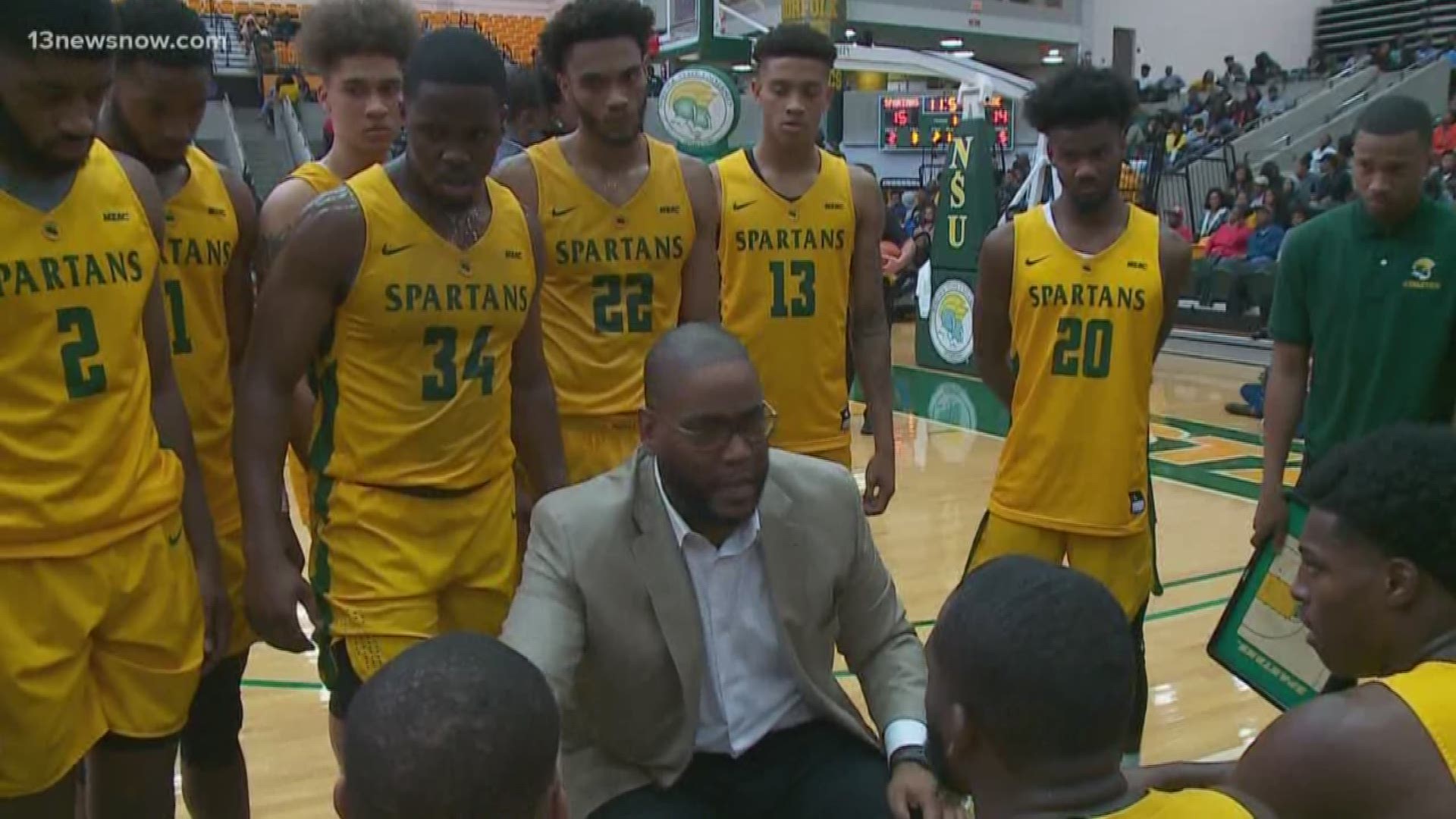 NORFOLK, Va. — The Norfolk State men's basketball team scored exactly 50 points in each half in a season-opening win over Greensboro College on Tuesday night, 100-59, at Joseph Echols Hall.

All but one of the 13 active players saw at least 10 minutes on the court, and four scored in double figures in the victory. The Spartans sank 12 3-pointers along the way.

Of all the new players, freshman Yoro Sidibe made the biggest impact. He shot 7-of-12 from the field for his first double-double of 17 points and 11 rebounds with three steals. Senior Steven Whitley added 16 points on 5-of-11 shooting with six rebounds and three assists.

Greensboro was held to 35 percent shooting and did not have a single player in double figures, although a total of 16 players saw action on the night.

The Pride kept the game close in the early going, scoring five of the first six points of the game and taking a 16-15 lead more than eight minutes in. The Spartans began to exert control from there. A couple of layups got things going, while sophomore Joe Bryant Jr. nailed a 3-pointer and Whitley had a pair of buckets for a double-digit lead with 5:10 left in the half.

Sidibe had four straight buckets near the end of the half, and the Spartans also scored nine straight to close out the first stanza for a 50-26 lead.

NSU went up by 30 at the start of the second half, and Whitley drained a couple of 3-pointers to keep the scoring going. The Spartans scored 18 in a row at one point for a 45-point edge, 84-39, with a little less than 10 minutes to go. The lead stayed at least 35 the rest of the way.

NSU held sizeable advantages in points off turnovers (31-14), second-chance points (14-6) and fastbreak points (22-10). Norfolk State finished with twice as many turnovers as the Pride, 20-10.

The Spartans reached the 100-point plateau for the first time since early last season.