It's a fair question: Why hasn't ODU hoops played at NSU in over 50 years? 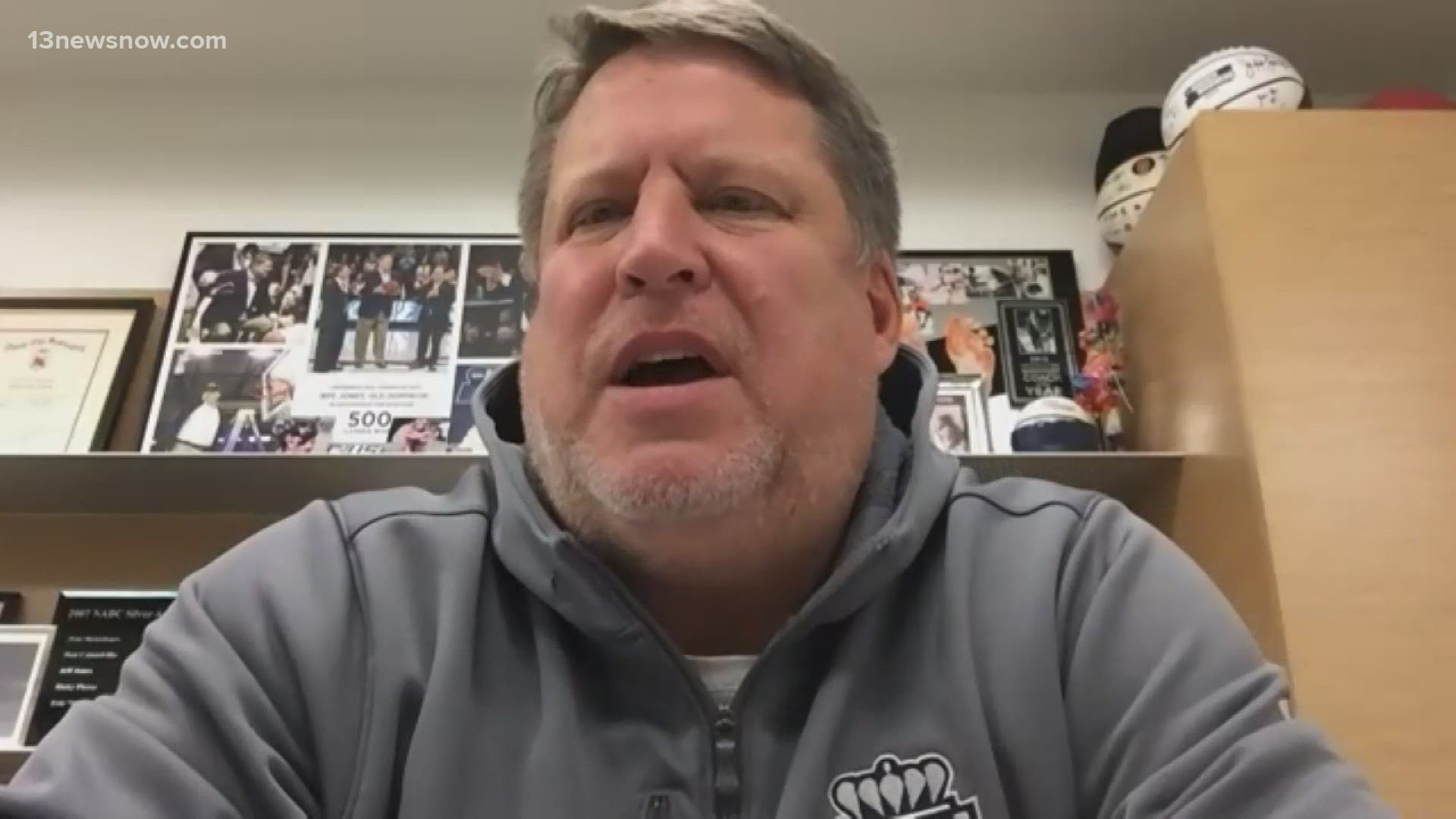 NORFOLK, Va. — Wednesday night, for the first time in over 50 years, ODU will be playing a basketball game on the Norfolk State Campus.

The last time they met there was in the 1968-69 season in the NCAA Division II South Atlantic regional. The game was played at the old Norfolk State college gymnasium.

When asked on Tuesday if there was a reason or reasons specifically why ODU has not played at Norfolk State in the last 51 years, Monarchs head coach Jeff Jones responded,  "Every school has their own reasons for scheduling who they do and who they don't. There's been some of our fans that bemoan the fact that some of the in-state power 5 schools won't play us and my response to that is 'They've got to do what's best for them.'"

Jones would go on to say, "Quite honestly, I don't like this line of questioning because somehow or another it seems that there's some sort of accusation or finger being pointed at Old Dominion."

The schools have played 17 times in the last 51 years but all of those games were at ODU or neutral sites and not at Norfolk State.

The schools have played each other two times since Jeff Jones became head coach at ODU and they will play another game at ODU in the 2022-23 season. About these games, Jones added, "We're going to do what's best for us. The fact that this will be the third and we have a contract for the fourth time in what will be nine years to play Norfolk State after not playing for 42 years, bothers me a little bit. We will have played them four more times in nine years than the previous staffs have at Old Dominion."