Fresh off their first C-USA championship, the Monarchs were paying close attention to the NCAA selection show. 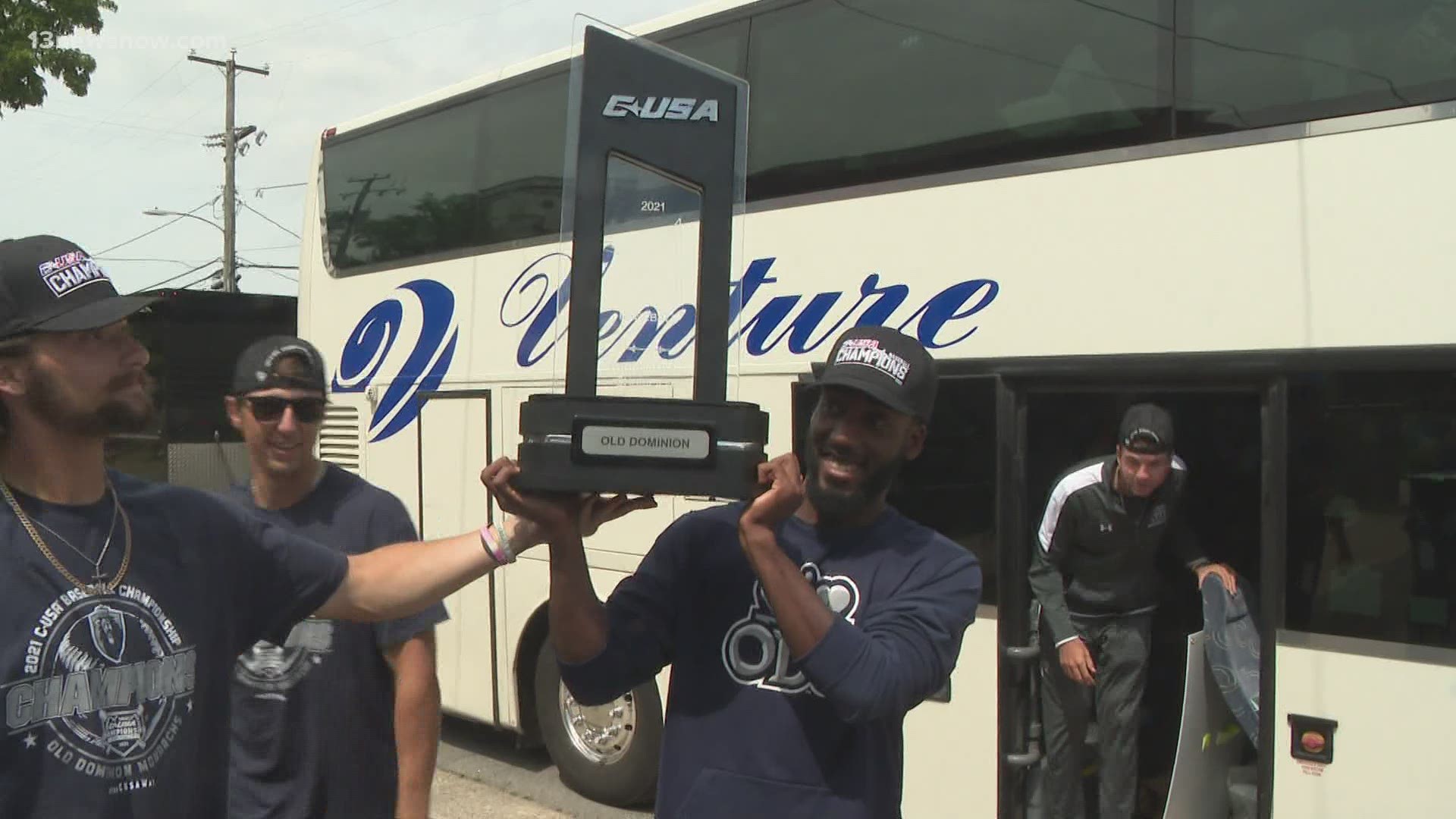 NORFOLK, Va. — The NCAA baseball tournament marching orders are in and ODU is headed to the Columbia, SC region where they will take on Jacksonville in the opening round on Friday night at 7 p.m.

The Monarchs spent 17 hours on a bus on Monday as they returned from Ruston, LA, home of the C-USA Tournament. Unlike most schools who got to watch the NCAA selection show on TV, the Monarchs were still traveling. Even so, Tommy Bell says he and his teammates found a way, "It was a different selection show for us than it was for most teams. We were watching it from our phones and laptops while eating Burger King."

What they watched was ODU getting the #1 seed in their region. There are 4 teams in each of the 16 regions. That adds up to 64 teams and the Monarchs earned the 11th overall seed.

In the other game in the Monarchs region, UVA will be taking on the host school, South Carolina.

So far what has been the best part of the ride so far? ODU head coach Chris Finwood has the answer, "It's just watching the guys. They worked so hard all year."

Kyle Battle drove in the game winning runs in the conference tournament. He takes nothing for granted, "We're really grateful for it. It's actually crazy to think about. If you told us at the beginning of the year that we were going to be a number one seed in a regional then I'd say you're crazy."

Five schools from Virginia made the NCAA field. Besides ODU and UVA, Norfolk State will travel to the Greenville NC region to play East Carolina. VCU takes on Campbell in their opener and Liberty will go up against Duke.