ODU all set for a unique basketball season

The Monarchs start the season Wednesday at Maryland. Here's a team preview. 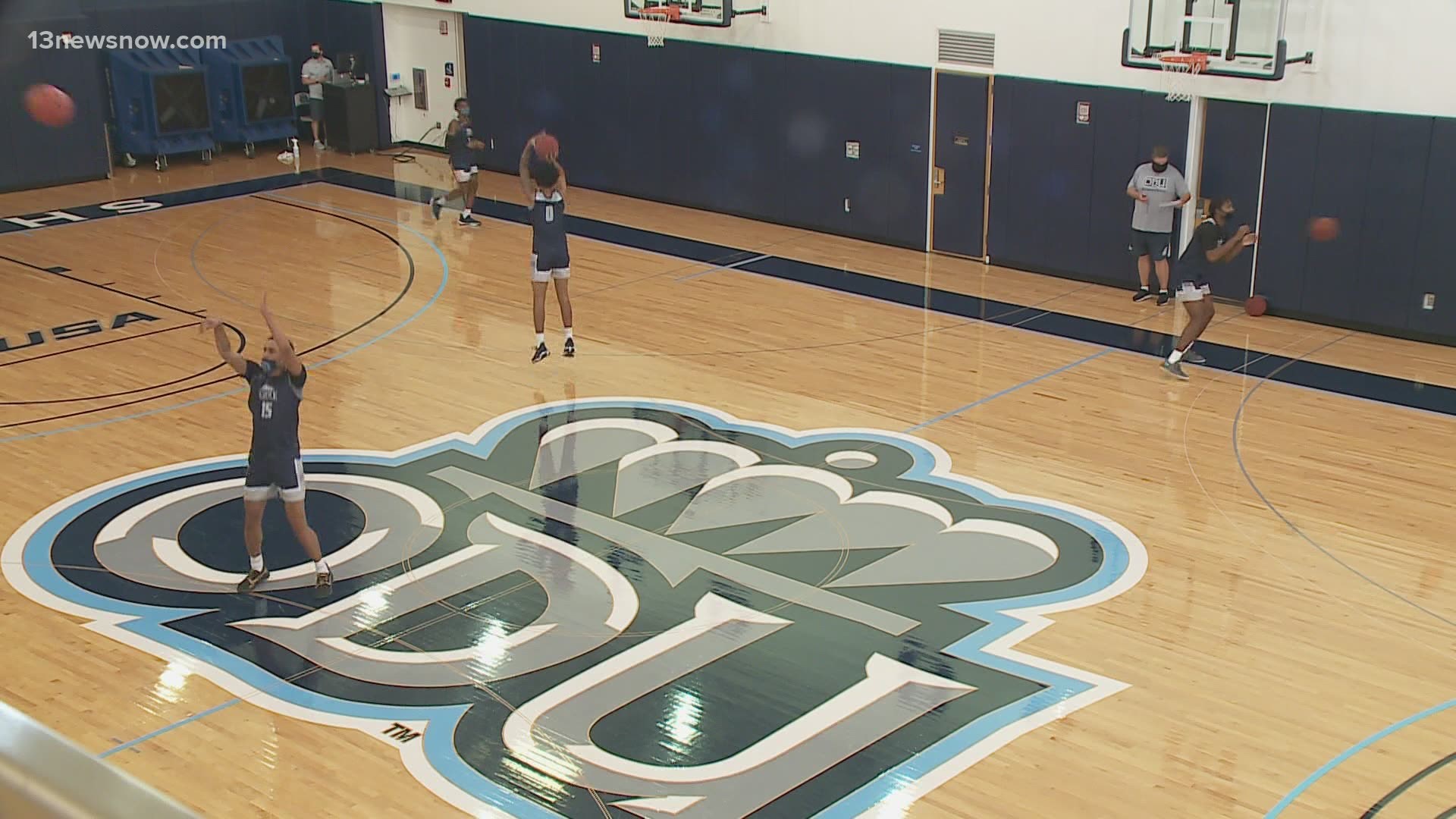 NORFOLK, Va. — It's already the strangest of seasons and it hasn't even started yet. ODU and a large crop of college basketball programs get the schedule started on Wednesday.

The Monarchs open on the road at Maryland. While they're trying to focus on the basketball, ODU head coach Jeff Jones says Covid will play a role, "We do have to keep our eyes open. We have to understand the reality of the situation, make the most of the situation. You can't afford to give away a game because maybe there's going to be other games that are going to get canceled."

The big news in the preseason was Jason Wade going down with an injury. He was perhaps their best player and coach says everyone else needs to pick up the slack.

Preseason predictions seem to be all over the board. Conference USA media picked ODU to finish fifth in the league. Jones says none of that factors into the team's own expectations, "If we do what we're capable of doing, we could be one of the better teams in the league."

After taking on the Terps, the Monarchs return for their home opener on Saturday in another non-conference game with William and Mary.