ODU hoops is back at it

The Monarchs just had their first official practice. The season starts on November 28. 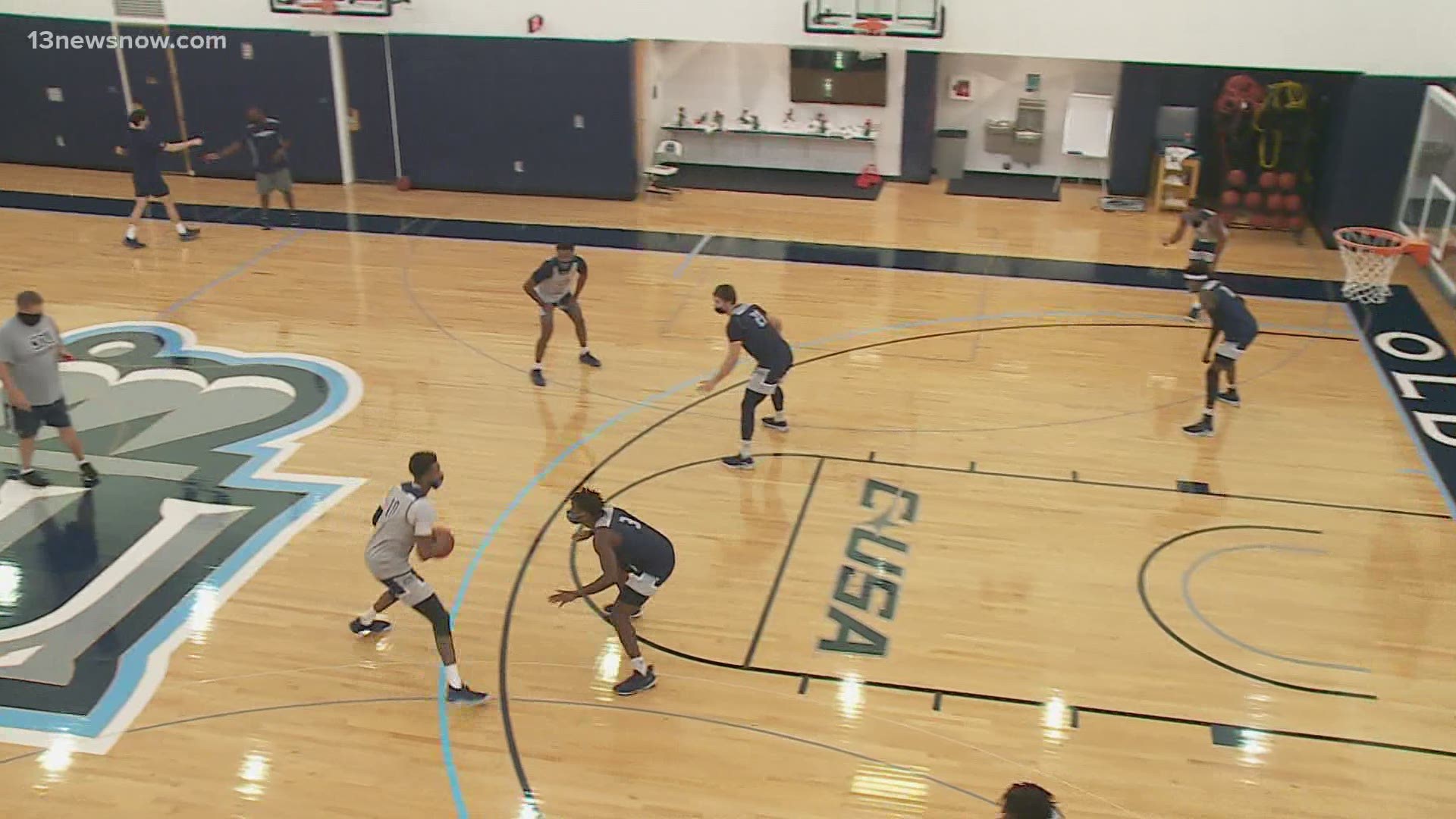 NORFOLK, Va. — We are nowhere near normal times, but every once in awhile something happens that reminds us of what normal looks like. For instance, on Thursday ODU basketball got back on the practice court for the first time this season.

It looked somewhat normal except for the fact that everyone was wearing a mask. Head coach Jeff Jones talked about playing college basketball during a pandemic, "It's interesting. It's a little bit scary. The thing that we keep trying to stress to one another and particularly the players, it's about being consistent and it's about being vigilant."

When it comes to winning championships this year, it's a bit complicated. According to Jones, "In many ways, it's an endurance contest. It might not necessarily be the best team, but who is the best team that can keep their squad at full strength."

The Monarchs won the conference championship in 2019. Jones describes last season as a disappointment but thinks they weren't too far off and that the team chemistry from Christmas on was solid.

Jones described Jason Wade as his best player at the start of last season. Wade got hurt early on, but he has returned. Add in a couple of key transfers and Jones thinks things are looking up, "Add into the players that we have coming back to that great chemistry that we had and I fully expect us to be a much improved basketball team."