The Monarchs 2nd half comeback came up short to the Bulls by one, but may have brought the team closer together. 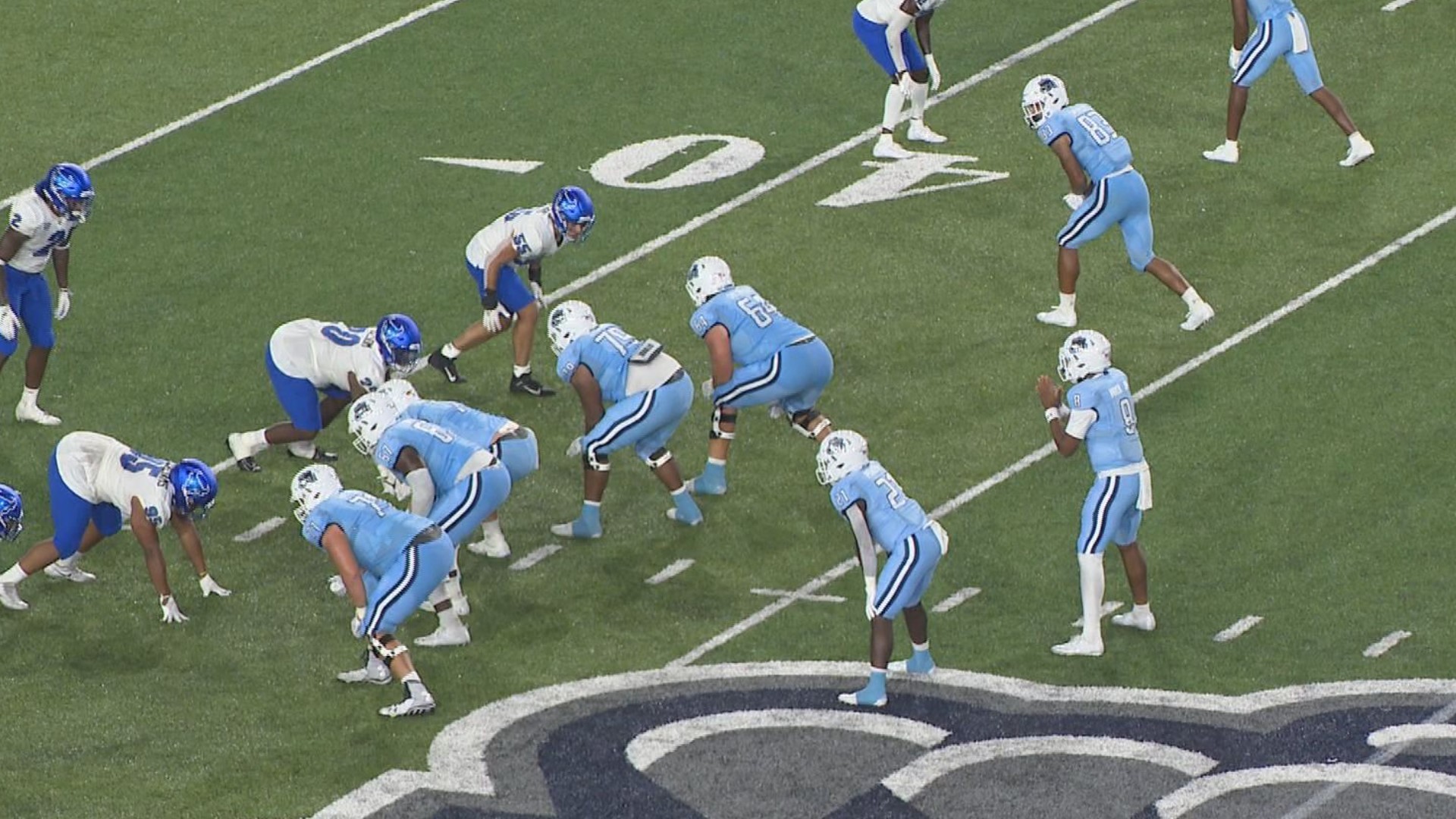 NORFOLK, Va. — Depending on what happens the rest of this season, Old Dominion's gutwrenching 35-34 loss over Buffalo over the weekend could be one of the defining moments in the very brief career of head coach, Ricky Rahne. The first half against the Bulls were riddled with mistakes as they trailed 35-7. ODU proceeded to score 27 unanswered points Buffalo led by quarterback and Norfolk native, D.J. Mack.

Rahne's defense then took over shutting out the Bulls. His talk at halftime to his players hit home. "I didn't want to associated with people who were hanging their head", he said. "That's why there was a little more fire in my belly. The other part is that I wanted them to understand that we needed to control our emotions."

It seemed to do the trick as the Monarchs got within one of the Bulls with just :19 seconds left in regulation. An unsportsmanlike conduct penalty forced the extra point back to the Monarchs 35 yard line. Senior Nick Rice would miss wide right to force overtime, but despite the disappointment, players are stronger for it. "I just want to be I guess the the groundwork of what this program can be", says senior Joe Joe Headen.

Rahne had nothing but praise for Rice and even made reference to him and Baltimore Raven's kicker, Justin Tucker who made a record breaking 66 yard field goal in their win against the Lions over the weekend. "Kickers for whatever reason, the fans are like 'That's his one job' ", he commented. "When you're an accountant, on tax day your people never make a mistake? Gve me Nick Rice on that exact kick the next 999 times with that chance & I'll take him over anybody else! Maybe Justin Tucker (laughter). I think even Nick would give me that one."