ODU hits their way into the top 25

And their pitching has been great, too. The Monarchs have won 24 of 30 and have climbed to #22 in the national rankings. 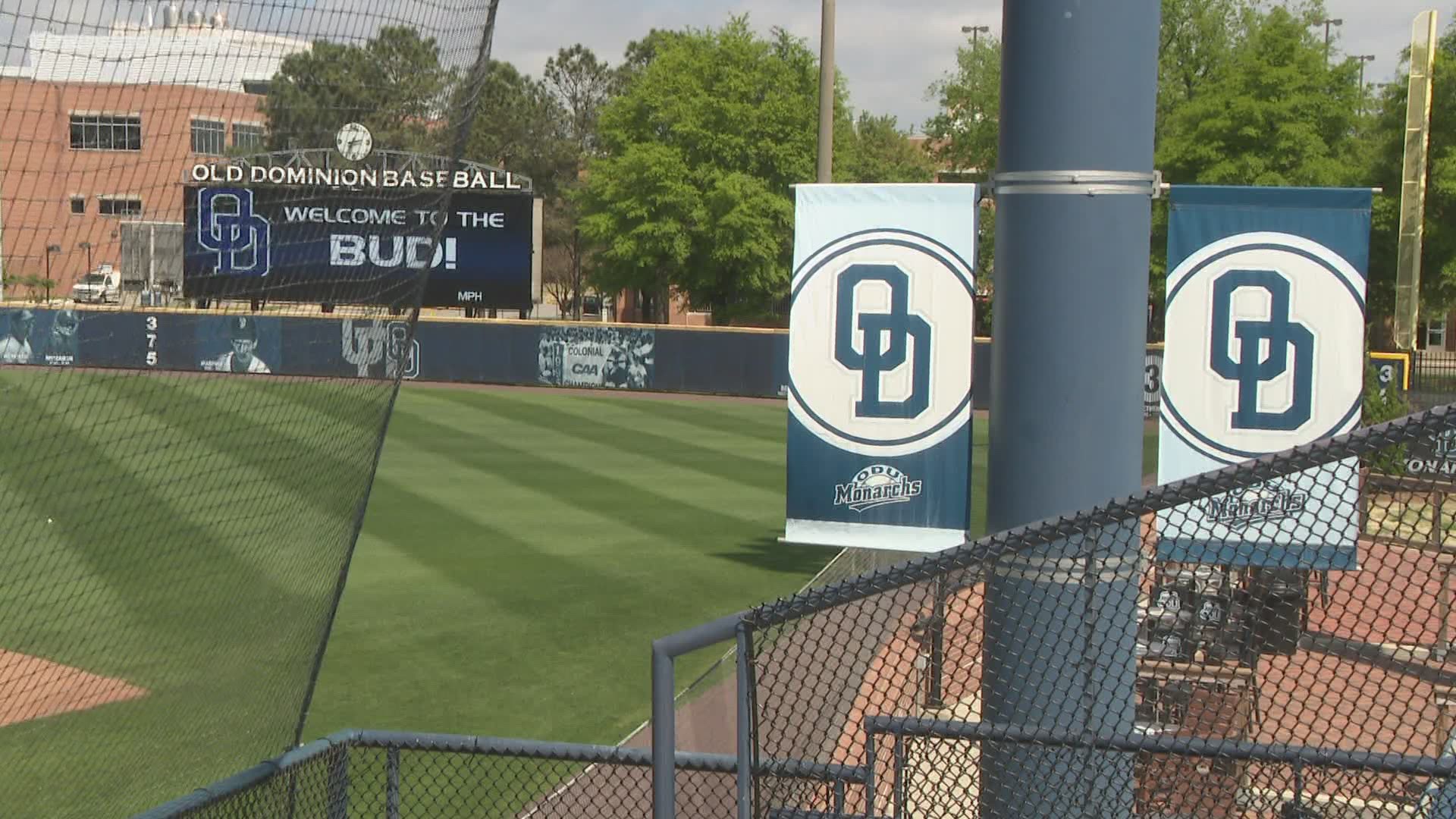 NORFOLK, Va. — It's been a special spring at "The Bud." ODU baseball is winning games at their Bud Metheny Complex and everywhere  else lately. The Monarchs have won 24 of their last 30 games. That's good enough to get them into the latest national rankings. They come in at number 22.

What does all that mean to head coach Chris Finwood, ""It does a lot for the perception of the program, helps with recruiting, makes everybody feel good, but it doesn't get you any extra runs."

ODU leads the nation in homeruns and as a team is hitting .300. They are averaging 8 runs a game and only giving up 4 per 9. They score runs in bunches and that can give you a feeling you can win any game, or as outfielder Kyle Battle puts it, "You want that confidence going out on the field. We know every team we play is going to be good and we have to play well to beat them so that's the mentality we've taken. We're going to judge ourselves based on what we do."

The Monarchs have a habit of scoring runs in bunches often late in the game. That is not lost on Finwood,  "When it's 2-2 in the seventh I don't think our guys are nervous at all. They've been there a lot. They just know that they got to keep pedaling the bike is the analogy I use."

The Monarchs are second in Conference USA to Charlotte. While they haven't played each other yet, they are slated to meet eight times the rest of the season.

In the middle of all this, very recently coach Finwood lost his wife of 27 years Annette, to pancreatic cancer. He's been leaning on his team, "Being around these guys every day means everything to me. I said it during the COVID break when we weren't playing last year that I think I need them a lot more than they need me. Certainly the case right now. They've been nothing short of amazing."

Battle speaks on the players behalf on this one, "We just wanted to make sure he knew that we were there for him. We gave him a hug and then just going out and playing hard for him in the field. That's what we love to do. That's what puts a smile on his face and being our here with us."