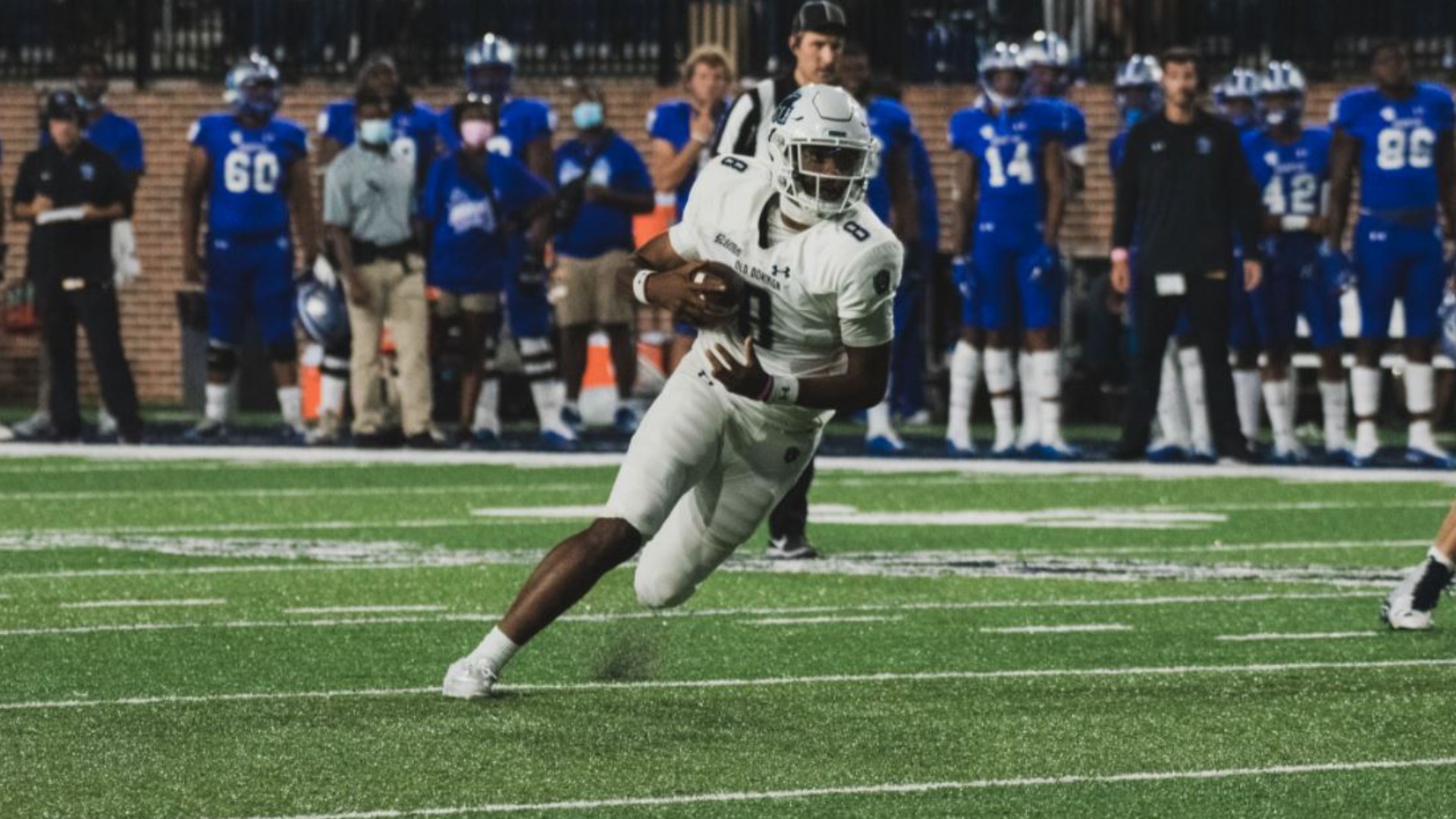 Coming off a 42-10 defeat at Wake Forest in which the Monarchs were mistake prone, ODU was nearly flawless offensively and defensively when it mattered in a 47-7 blowout victory over Hampton.

Rahne waited a long time for this game. Hired away from Penn State, where he was offensive coordinator, in December of 2019, Rahne and the Monarchs were forced to the sidelines last season by the pandemic.

The Monarchs practiced while most other FBS teams played last fall and Saturday was ODU's first home game in 651 days.

It was also ODU's first victory in more than two years. The Monarchs last won on August 31, 2019, when they rallied to defeat Norfolk State, 24-21, in the first game played on the then newly-renovated S.B. Ballard Stadium.

It had been 12 games and 741 days between victories.

The students did what Rahne had asked them to do at a spirit rally two weeks ago – they pounded thunder sticks and stood much of the time while the game was close. After the game, players went to the north end zone, where they celebrated the victory with hundreds of students.

Quarterback D.J. Mack Jr., the transfer from Central Florida, struggled at Wake Forest, and at times appeared to lack confidence, but ran the offense like a veteran against Hampton.

Mack completed 11 of 22 passes for 162 yards and a touchdown and ran for 57 yards and three touchdowns before heading to the sidelines midway through the third quarter.

The Monarchs (1-1) ended any suspense early on, rolling to 408 offensive yards and a 34-0 lead by halftime.

Elijah Davis rushed eight times for 109 yards in the first half before heading to the bench with an injury. He was replaced by Jon-Luke Peaker, a true freshman from Philadelphia, who rushed 18 times for 141 yards.

The Monarchs were red hot from the start, driving 91 yards on their first possession, with Mack hitting Penn State transfer Zack Kuntz on a picture perfect, 43-yard catch and throw on the fourth play of the drive.

The Monarchs drove 91 yards on their next possession, with redshirt freshman Keshawn Wicks running for 29 yards and catching a 10-yard pass on consecutive plays. Mack made it 17-0 with a keeper just seconds into the second quarter.

Mack finished off an 11-play, 76-yard drive with a three-yard TD run with 3:15 left. ODU had a second and goal at the 2 with three seconds left and Rice came in to kick an 18-yard field goal.

After Mack made it 41-0 midway through the third quarter with a 4-yard touchdown run, Rahne began inserting substitutes. By then, ODU had 458 offensive yards and Hampton just 90.

ODU next plays at Liberty University Saturday, Sept. 18, at 6 p.m. in a game to be broadcast on ESPN3. Liberty was 10-1 last season and ranked 17th nationally by the Associated Press after defeating Coastal Carolina, 37-34, in the Cure Bowl.

The Flames opened with a 21-13 victory at Troy Saturday night.