The Spartans host the Monarchs for the first time in 52 years and ODU takes it 80-66. 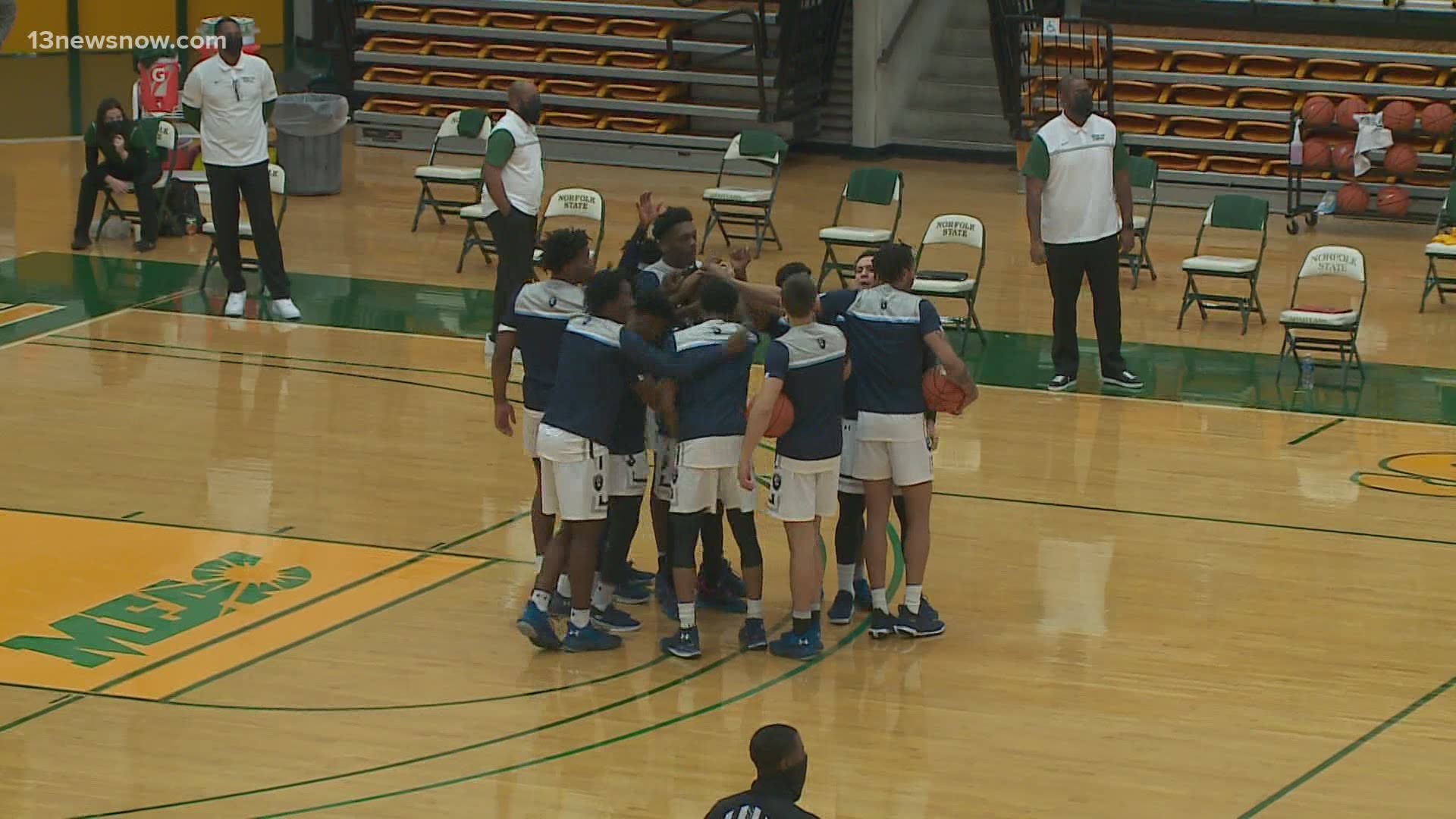 NORFOLK, Va. — Usually in basketball when you get off to a fast start and then finish strong, you win. Check both boxes for ODU in their 80-66 win over Norfolk State on Wednesday night.

This was the much anticipated game in which the Spartans hosted the Monarchs for the first time since the 1968-69 season and it seemed ODU brought the energy from the opening tip.

Old Dominion scored the first 11 points of the game. NSU cut that lead to two and near the end of the half Devante Carter got hot for the Spartans. Still, the Monarchs led 42-37 at intermission.

Early in the second half ODU pushed that lead out to 14 points at 53-49. However, the Spartans narrowed the margin to 62-61 with just under 6 minutes to go. Then the Monarchs went on an 11-0 run to put the game away.

A.J. Oliver and Malik Curry led Old Dominion in scoring with 17 each. Daryl Anderson also had 17 for the Spartans. Austin Trice was strong inside on his way to a double-double for ODU.